Constable deputies said the unknown suspect is also wanted in connection to a stolen vehicle in the Atascocita South subdivision. 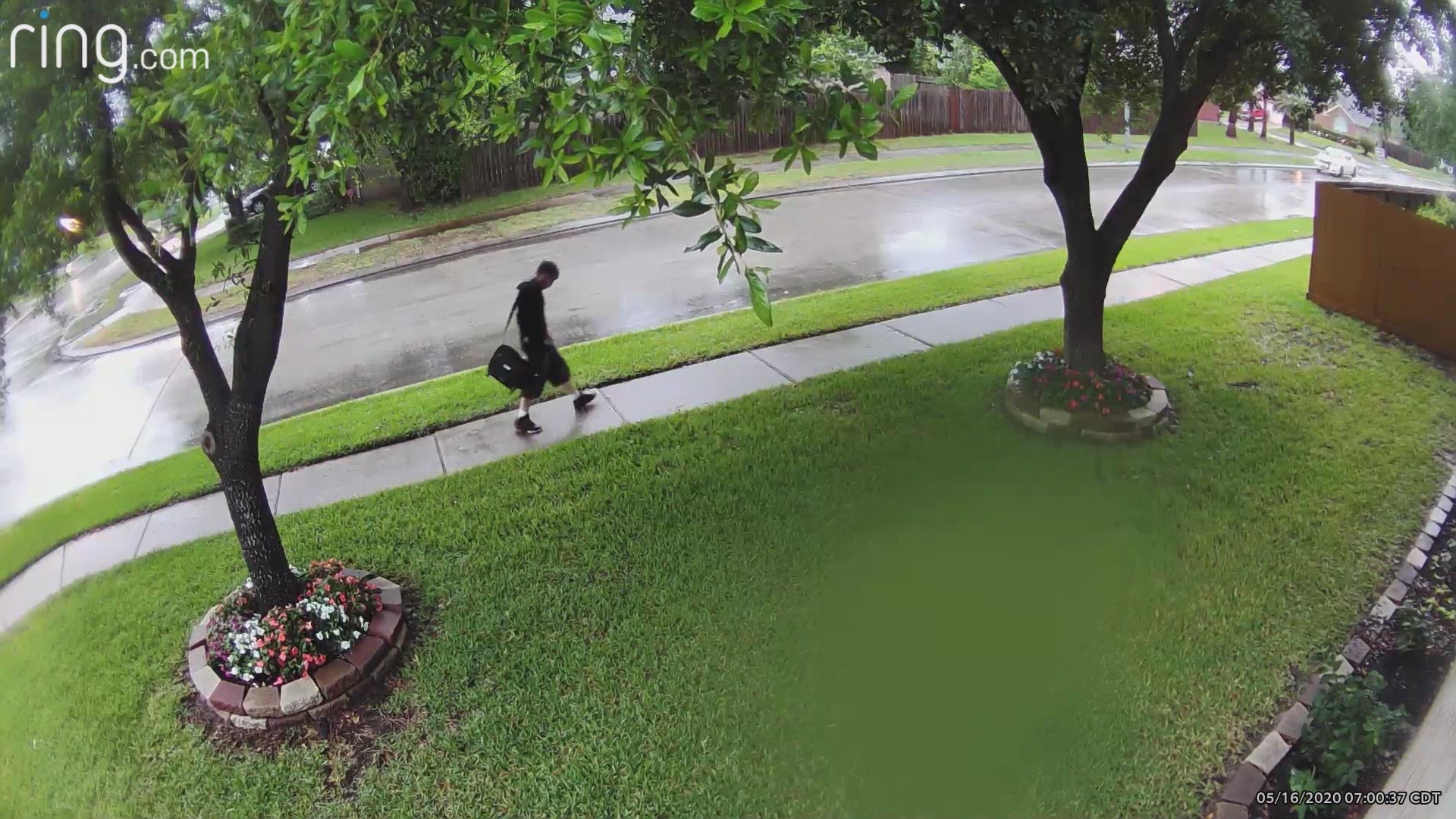 ATASCOCITA, Texas — Harris County Precinct 4 deputies have released surveillance video of a suspect wanted in connection to a stolen vehicle and numerous car break-ins in Humble.

On Saturday, deputies responded to the 18800 block of Timberway Drive in the Atascocita South subdivision in regards to a stolen vehicle.

During the investigation, deputies learned the vehicle was unlocked and the keys were left inside.

An unknown suspect took off with the vehicle, but later abandoned it.

Deputies were able to find the vehicle and while searching through it they found stolen property from numerous car break-ins in the neighborhood.

Deputies were able to get their hands on surveillance video that captured the suspect abandoning the stolen vehicle and walking through the neighborhood with stolen property.

The suspect appeared to be wearing a black jacket, with black shorts and black tennis shoes. He also was carrying what appears to be a black bag.

The vehicle along with the stolen property inside was returned to their rightful owners, but deputies need your help identifying the suspect captured in surveillance video.

If you recognize this suspect or have any information on the car break-ins in Atascocita South, please call (281) 376-3472.