A young girl outsmarted a man she says tried to grab her when she got off the school bus in Missouri City. 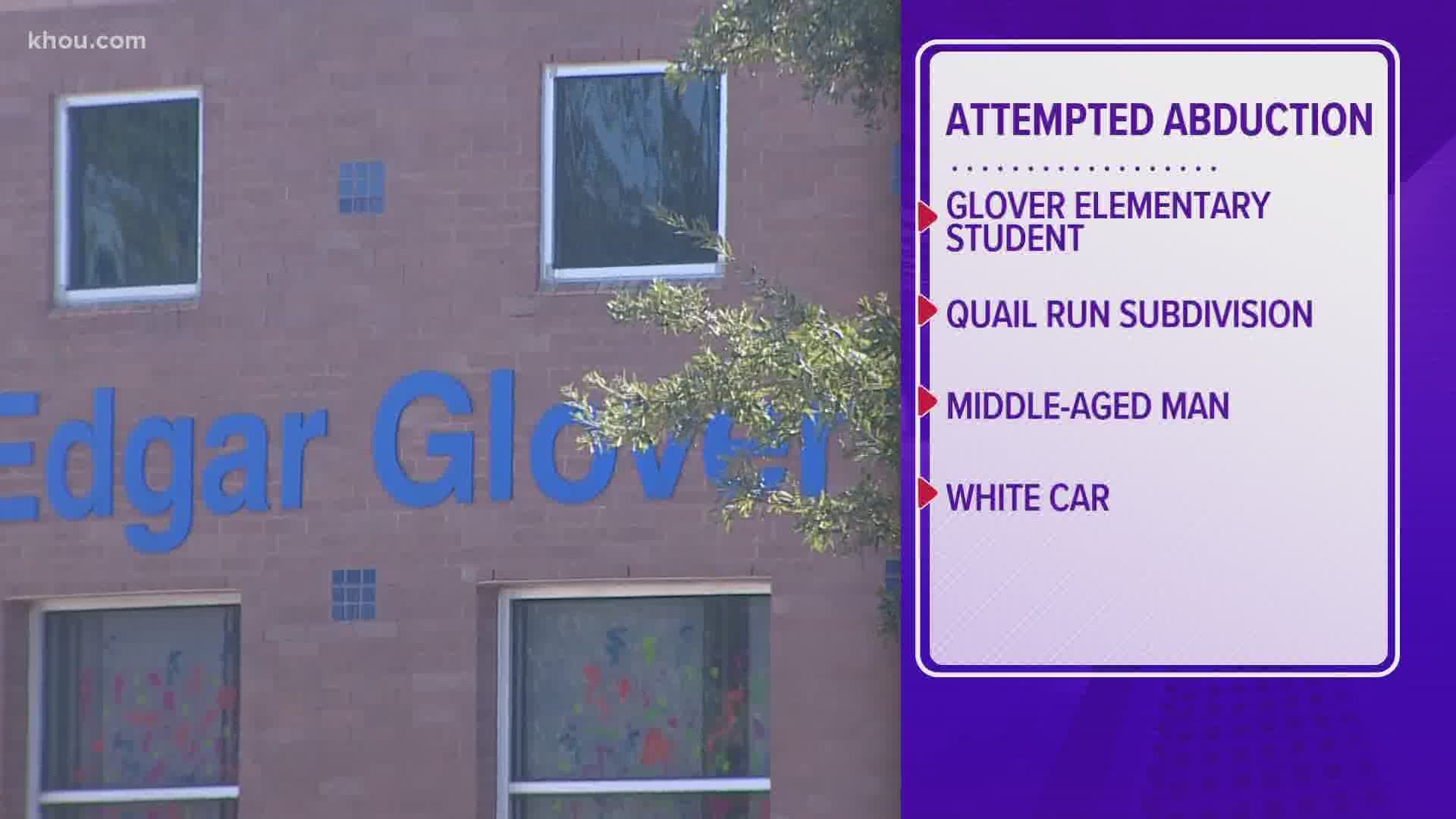 MISSOURI CITY, Texas — Parents at a Fort Bend ISD elementary school are on alert after learning a man reportedly tried to kidnap a student.

The principal of Glover Elementary sent a letter about the incident to parents on Wednesday.

They say a little girl reported a middle-aged man approached her last Friday when she got off her school bus in the Quail Run subdivision in Missouri City.

The child said he asked her to go for a walk with him and then tried to grab her. She kicked him and ran away. The girl said he fled in an unidentified white car.

Fort Bend ISD police were alerted and the district said they’ve increased patrols in the area, as a precaution.

“While our student was not physically harmed in the incident, I encourage you to take the opportunity to speak with your child about the strangers and the importance of safety,” Glover principal Nikki Roberts told parents in a letter.

The district said students are encouraged to report anything that makes them feel uncomfortable to a trusted adult.