Police said a woman who was inside the room during the shooting told them the gunman is her ex-boyfriend. 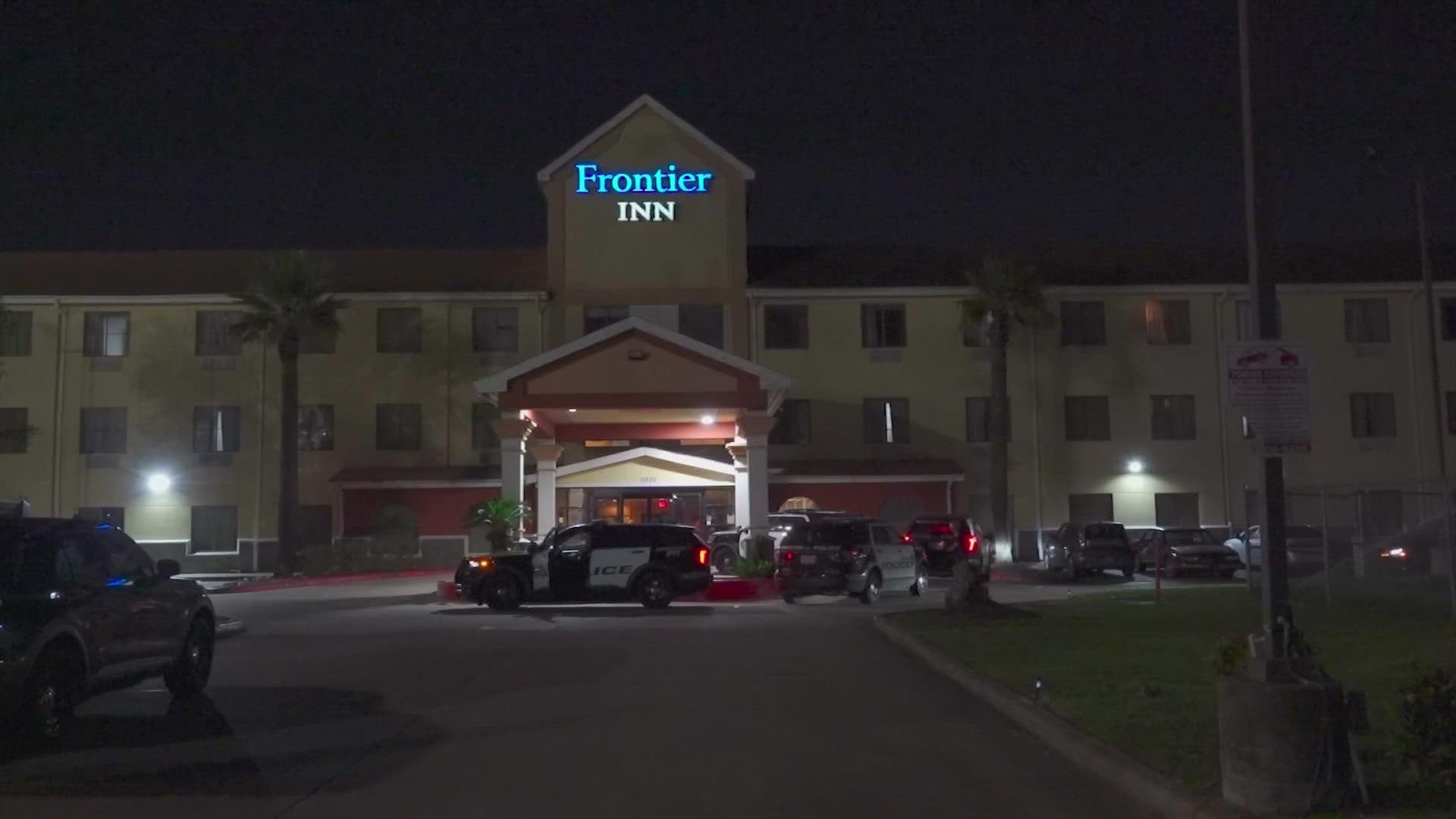 HOUSTON — A gunman is on the run after a man was shot to death overnight Sunday inside of a hotel on the Southwest Freeway.

This happened shortly after 2 a.m. at the Frontier Inn located at 11230 Southwest Freeway.

Houston police said when they arrived at the hotel, they were told to go to the second floor. That's when they found 31-year-old Adrian Journet shot multiple times. He was pronounced dead at the scene.

A third person was also in the hotel room at the time the gunman broke in. Police said this person jumped out of the window to avoid getting shot. This person was detained and is cooperating with police as a witness, according to investigators.

Police confirmed they have surveillance video and are trying to piece everything together.

Police have not provided a description of the suspect but said he got away in a black four-door vehicle.