The incident was captured on surveillance cameras. The shop owner said the customer demanded a free tire but didn't have proof of his initial purchase. 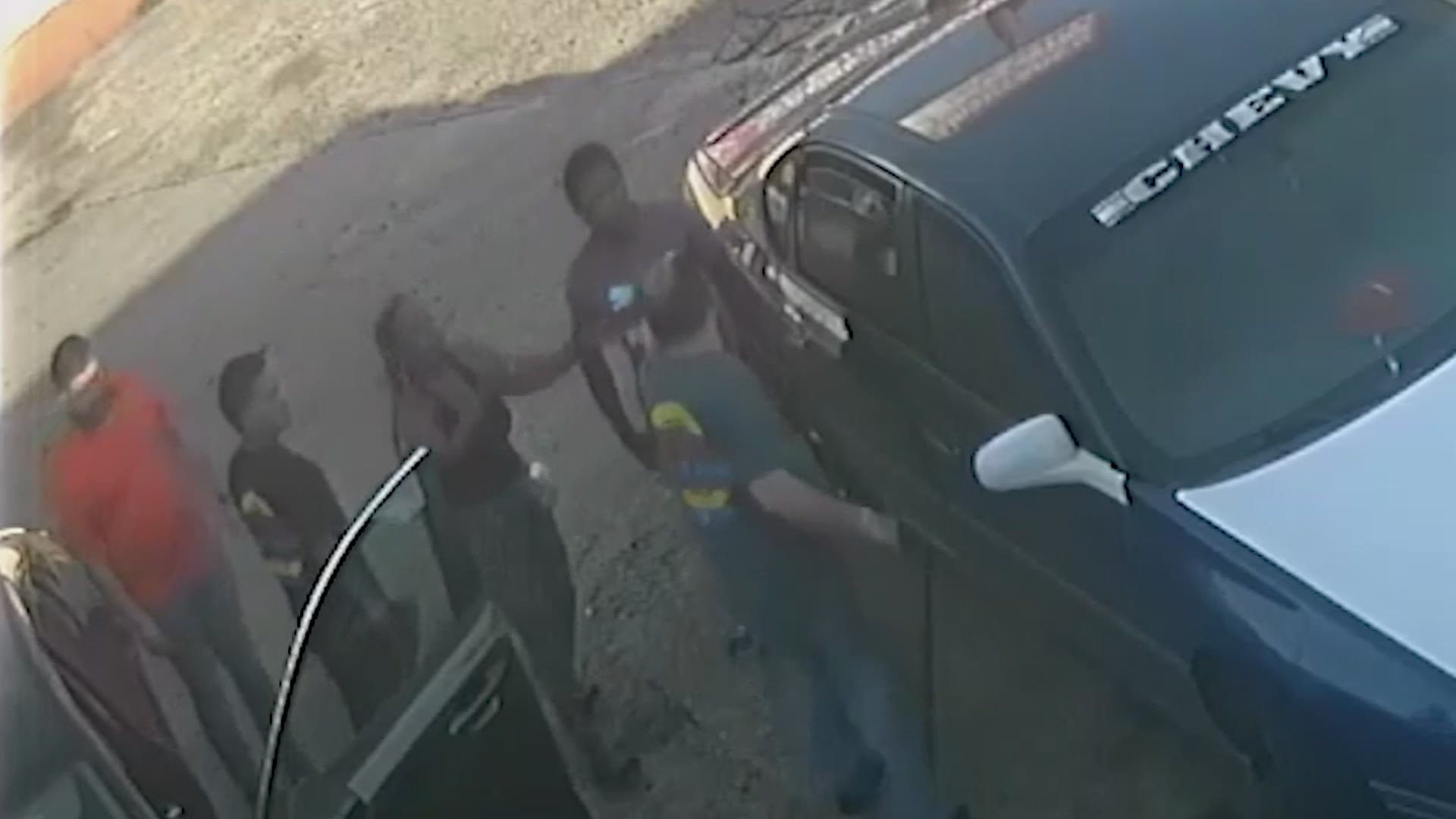 HOUSTON — The Houston Police Department said it's looking for a suspect who attacked a worker early Thursday morning.

At Tire World off the South Loop, employees are fed up and afraid.

"I don't know if he's (the employee) going to come back tomorrow because he's frightened on what he has to deal with on the night shift," owner Robert Moore said.

Early Thursday, one of Moore's workers was viciously assaulted.

"He's talking to a customer and you just walk up while his back is turned and start wailing on him. Come on, man," Moore said.

The attack was caught on surveillance cameras.

"He was upset about a tire he bought three months ago ... (he had) no receipt, no proof of purchase," Moore said.

Moore said the customer erupted in anger and demanded a free tire. When he didn't get what he wanted, he became violent. Minutes after beating on the employee, witnesses said he went to his car and walked back in the shop and pulled out a gun.

His girlfriend finally got him to leave, but as they were driving off, the suspect jumped out of his car and confronted another worker who snapped a picture of his license plate, officials said.

"You really want to go to this extent for a tire? These people don't need to be on the street," Moore said.

Moore said the violence is escalating daily and something needs to be done.

"You don't know what you're going to be faced with on a day-to-day basis," Moore said. "These people should not be out roaming the streets freely after such a vicious attack."

If you recognize the man and woman in the video, call the Houston Police Department.