One suspect is dead and two others are on the run after a home invasion on the southwest side of Houston. 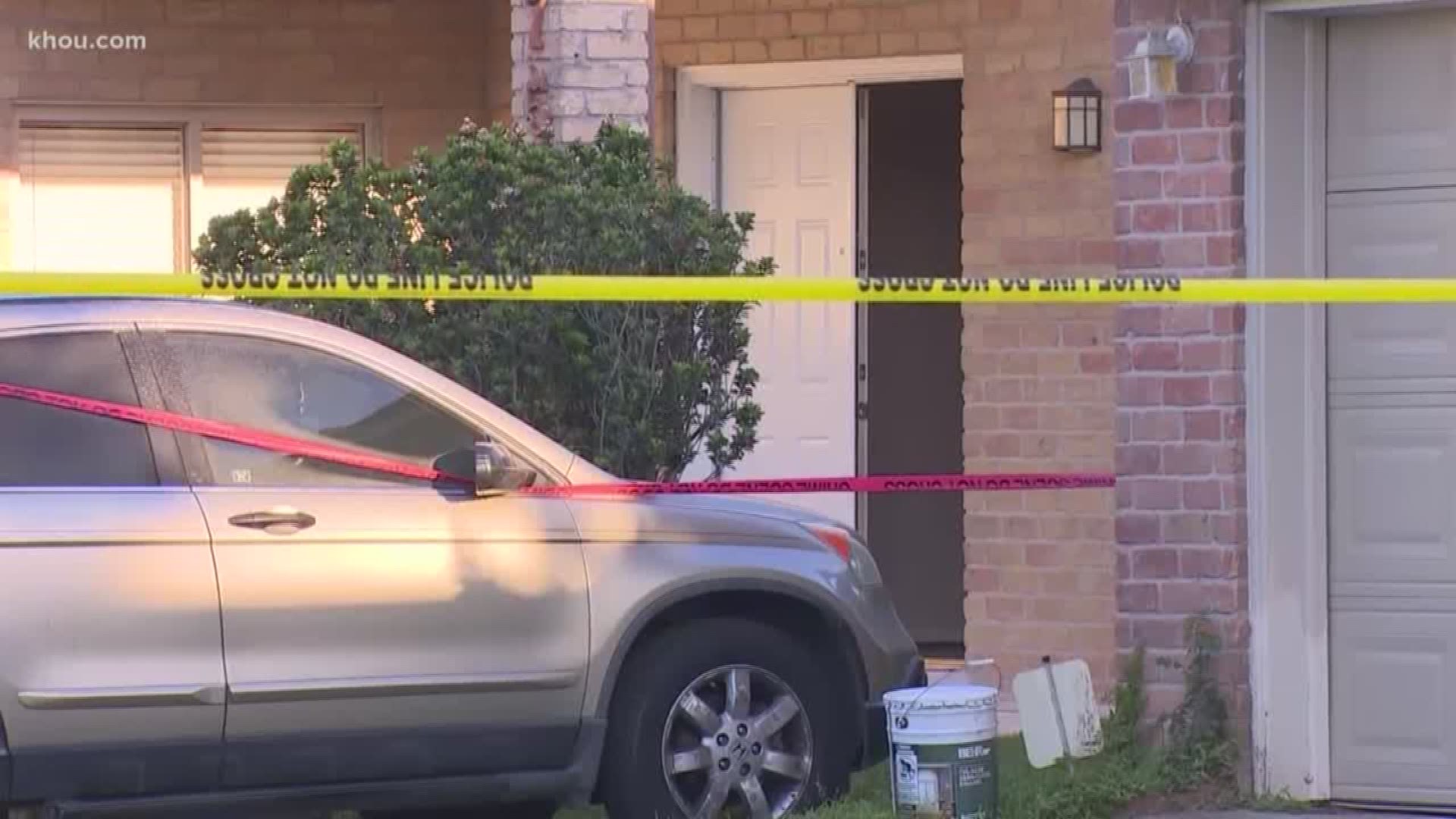 HOUSTON — A man fatally shot a home invasion suspect in the head late Tuesday, according to police in southwest Houston.

The shooting happened shortly before midnight in the 7500 block of Quail Meadow Drive, not far from Fondren and Highway 90.

Police say three suspects pistol whipped a father, 39, as he arrived at the home, forcing him to open the door.

Police said the armed suspects were hiding in the bushes waiting for the man to come home.

Two sisters inside hid in a bedroom closet while the suspects ransacked the property.

The girls, a 21 year old and a 15 year old, managed to hit a panic alarm as the home invasion continued. Eventually, the suspects found the girls while searching the home.

Soon after, their brother, 20, arrived at the home with their mom. When he saw something was wrong, he went and got his gun and fired at the suspects while they were running away.

One of the suspects, who was armed, was shot in the head.

The other two suspects jumped on top of the hood of the mother’s car while she and another child were still inside. The mom drove away and located a police officer at a nearby Whataburger.

Police say it does not appear the suspects ever fired any shots.

The suspect who was shot in the head was taken to the hospital where he later died.

None of the six family members involved were seriously hurt.

The father was taken to the hospital for minor injuries but he is expected to be fine, said Sgt. Thomas Simmons.

Police say the suspects tried to steal a Mercedes that was parked at the home but fled in the van instead. On Wednesday the Mercedes was towed away to be processed.

Pam Stanley and her husband live nearby and said they heard up to 11 shots.

“There were five, then a short break,” said Stanley. "Then another five, a slightly longer break, then a single shot.”

Stanley and other neighbors said they have never had problems in their neighborhood before.

The only description of the suspects at this time is that they were wearing all black.

Officials said the case will be referred to a Harris County grand jury.