Sister of suspect shot by deputy: He hadn't been the same since his children were murdered

Relatives say the suspect had never been the same after his wife, Shebonah Thomas, allegedly drowned their two children in a bathtub last year and threw their bodies under a neighbor's house. 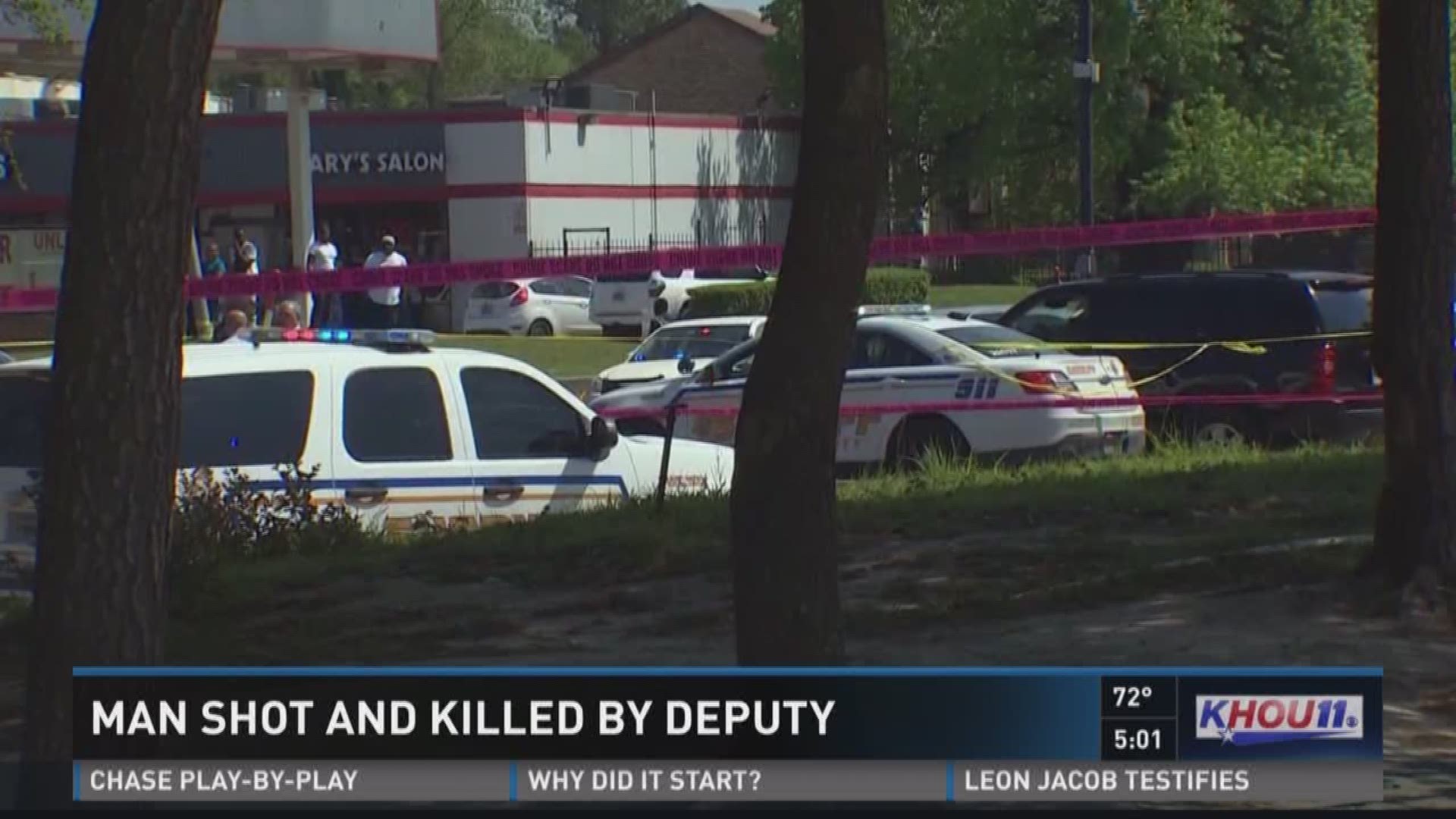 Investigators in the Greenspoint area spent Thursday afternoon piecing together an officer-involved shooting at the intersection of Greens Road and Imperial Valley Drive.

The Harris County Sheriff’s Office says a deputy stopped when he spotted a man acting erratically at the intersection.

Sheriff Ed Gonzalez says the man was holding an object and was approaching the deputy despite his several commands to stop.

“He thought he saw something in his hand, what it was exactly, we’re not sure yet,” Gonzalez said. “But the male kept advancing toward the deputy.”

The deputy fired one shot and killed the man, according to Gonzalez.

The sheriff tried to temper the anger from a crowd that gathered at the intersection soon after the shooting.

“We don’t know that,” Gonzalez replied. “That’s why we’re out here to investigate. We’ll get to the bottom of it.”

Family members of the man who was killed have identified him as Danny Thomas, 35, who they claim was severely depressed. Thomas later died at the hospital.

Thomas’ family members said the man had been through an unimaginable tragedy recently.

Police say Sheborah Thomas drowned the children in a bath tub of a home in the Third Ward and then put their bodies beneath a neighbor’s house.

Danny Thomas was serving a prison sentence for drug possession at the time of the murders.

Family members say the father was never the same after that.

Investigators would not confirm if there is video of the Greenspoint-area shooting.

Witnesses say one woman with video on her cell phone was taken to the back of a squad car with deputies who took her phone for evidence.