Two shooting victims later showed up at the hospital, according to Houston police. 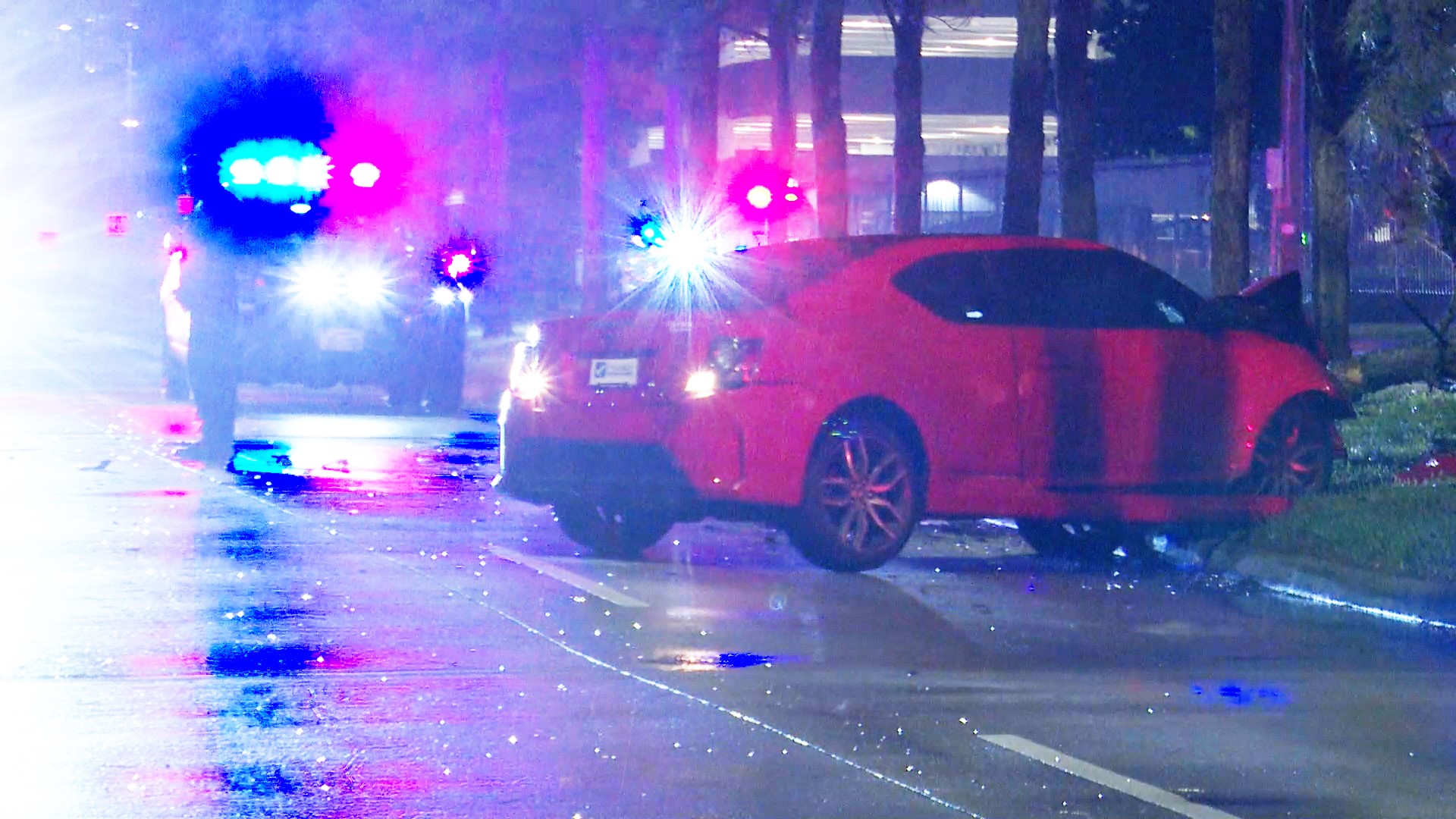 HOUSTON — Houston police are investigating a possible double shooting after gunfire led to a crash in the Medical Center late Tuesday.

Lt. Crowson with the Houston Police Department said the shots and crash were reported around 8 p.m. in the 7000 block of Cambridge, just south of the zoo.

A 911 caller said they heard gunfire from inside a vehicle, which then flipped and hit a tree. The red Scion tC was left behind as whoever was inside ran away.

Police said two people, believed to be from inside the car, later turned up at the hospital with gunshot wounds. No suspects were immediately identified or found.

Anyone with information about this crime can call Houston Crime Stoppers at 713-222-TIPS.