Houston police say the gunman shot and killed an innocent man in a car then started firing shots at people at a convenience store on North Main. 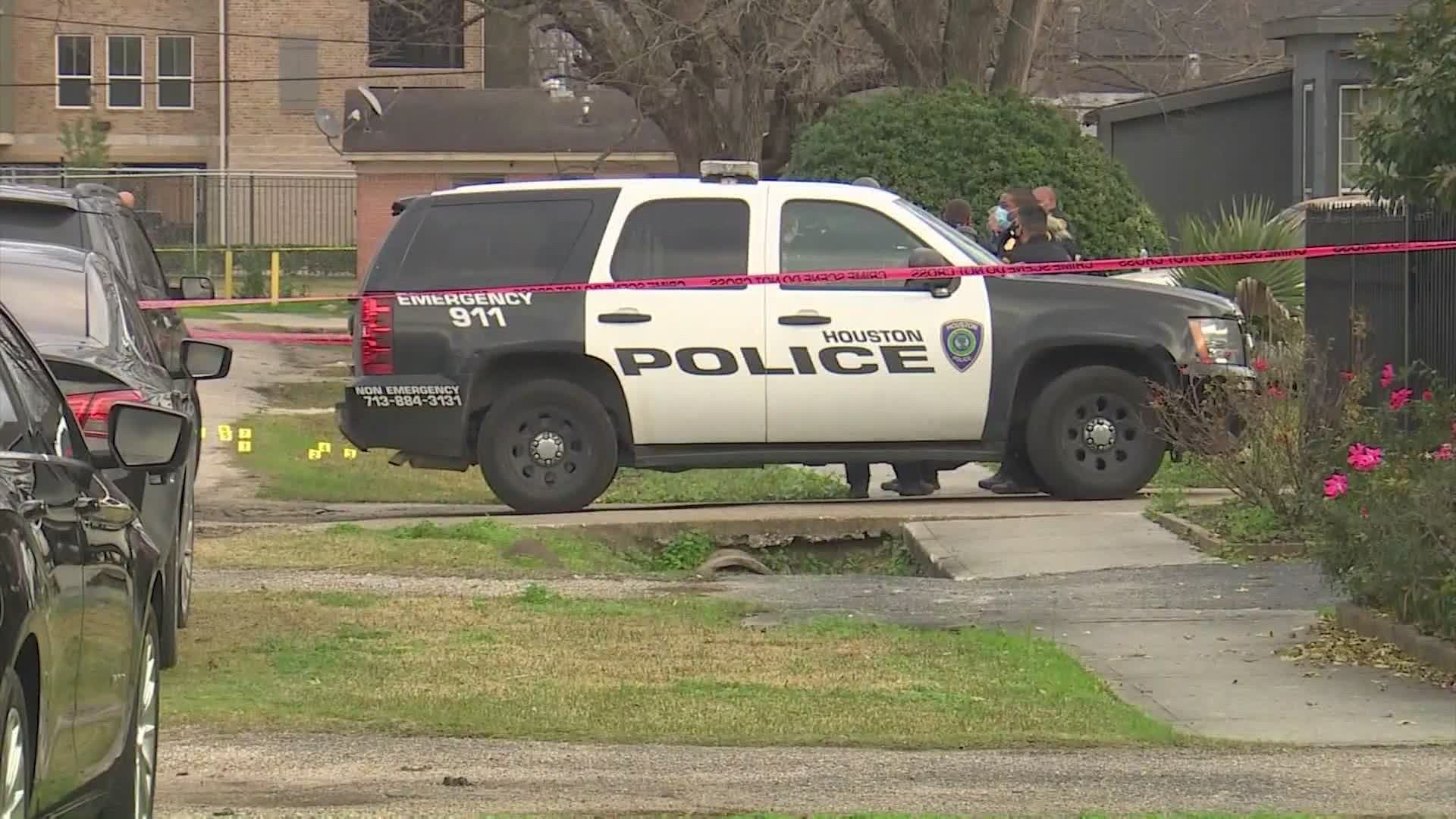 HOUSTON — Houston police said an officer shot and wounded a murder suspect who opened fire on him and several innocent bystanders in north Houston Monday afternoon.

Investigators said it started when the gunman shot at two people sitting in a car in the 8500 block of North Main around 2:20 p.m. One of the victims was struck and died at the scene.

The suspect then went to a nearby convenience store and fired several more shots at innocent bystanders but didn't hit anyone. Witnesses told investigators the suspect continued walking along North Main while firing his gun.

A responding officer confronted the suspect in the 100 block of E. 44th St. and ordered him to drop his weapon. Instead, the suspect shot at him. Some bullets struck his patrol car, according to HPD.

That's when the officer shot and wounded the gunman. The suspect was taken to a hospital in critical condition. His name hasn't been released. The officer wasn't hurt.

“I’m proud of him because, who knows, if the suspect had continued to move around, he could have killed someone else,” Exec. Assistant Chief T. Finner said. “Our officer stepped up and protected himself and protected all the citizens in this neighborhood.”

We don't have any information yet about the victim who was killed.

Police don't know the motive for the shooting but they don't think the suspect knew the victim.

The officer, a four-year veteran, has been placed on administrative leave while the shooting is investigated, which is standard procedure.

HPD commanders, investigators & PIO are headed to an officer involved shooting at 8502 N Main. The suspect shot a person at 2:20 pm & an officer witnessed the shooting. The suspect has been shot by the officer & transported to a hospital. Please avoid the area. #hounews

The Houston Fire Department also responded to the residential area in the Independence Heights area after hearing reports of an active shooter.