Police went to the apartment of Waites' accused killer the night she disappeared after a neighbor reported a woman screaming. They questioned him briefly and left. 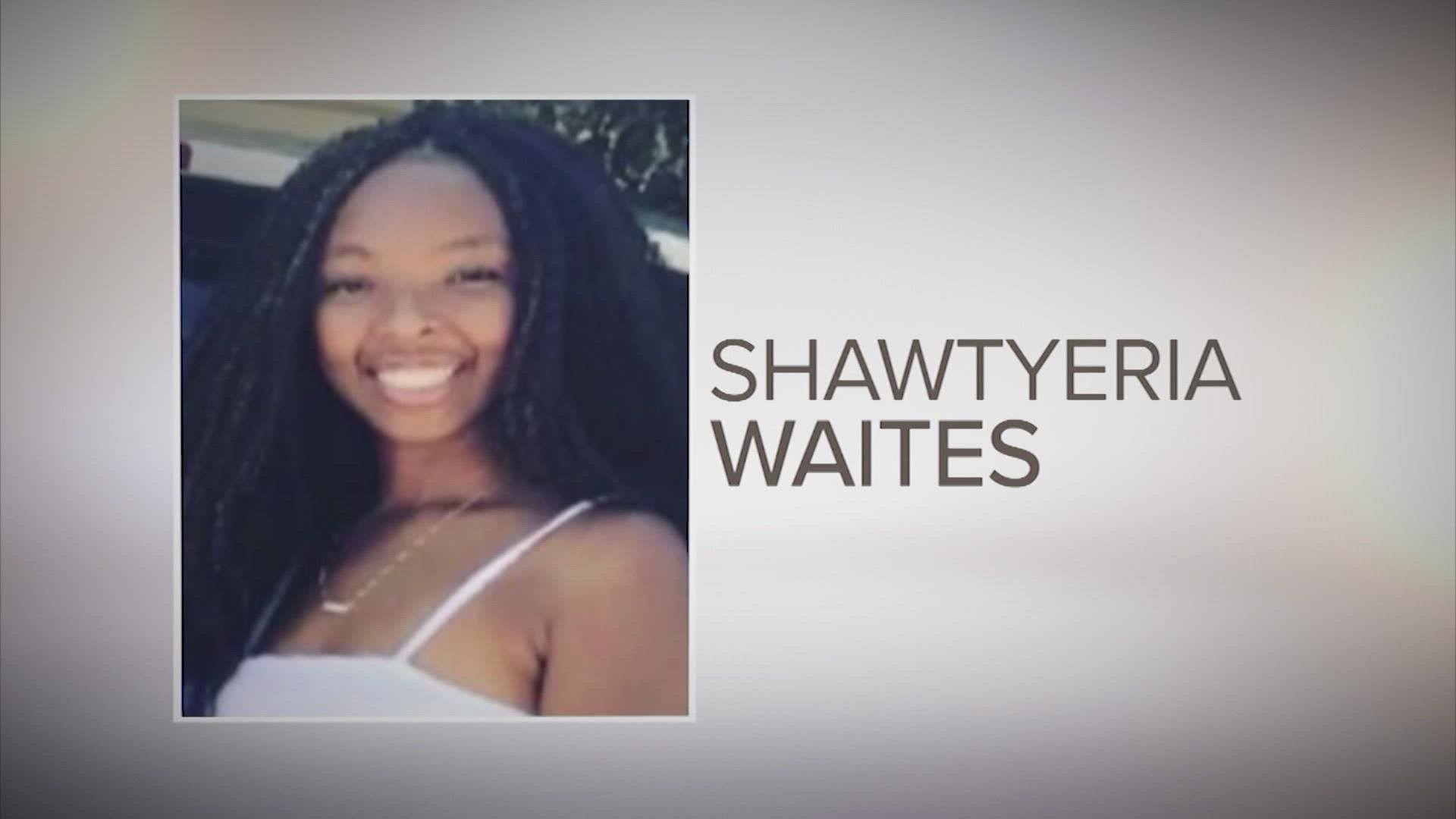 HOUSTON — We are learning more details about the death of Shawtyeria Waites, the 21-year-old Houston woman whose body was found dumped in Brookshire on Aug. 27.

Jordan Potts, 26, was arrested in Oregon the following week and charged with murder.

Newly-released court documents shed light on the last horrific moments of Waites' life and how investigators built a case against Potts.

July 25:  A friend said she drove Waites to the Meyerland-area apartment complex where Potts lives around 8 p.m. The friend waited for her in the car and Waites said she'd be right back.

Newly-released court documents reveal police went to Potts' apartment that night after a neighbor called 911 at 8:30 p.m. to report hearing loud noises and a woman screaming. The neighbor said it sounded like she was "trying to get out of the door."

Two HPD officers arrived around 9:48 p.m. and questioned Potts but he claimed the noises were just a video game so they left.

The friend who'd been waiting for Waites in the parking lot saw the officers and told them she couldn't find Waites and her calls were going straight to voicemail. They left without investigating further.

July 27: The friend reported Waites missing after trying to call her repeatedly. She told the officer she was worried about Waites' safety.

Aug. 3: An HPD detective with the Missing Persons Unit questioned the friend who told him Waites was meeting up with an unknown man at the apartment the night she vanished. 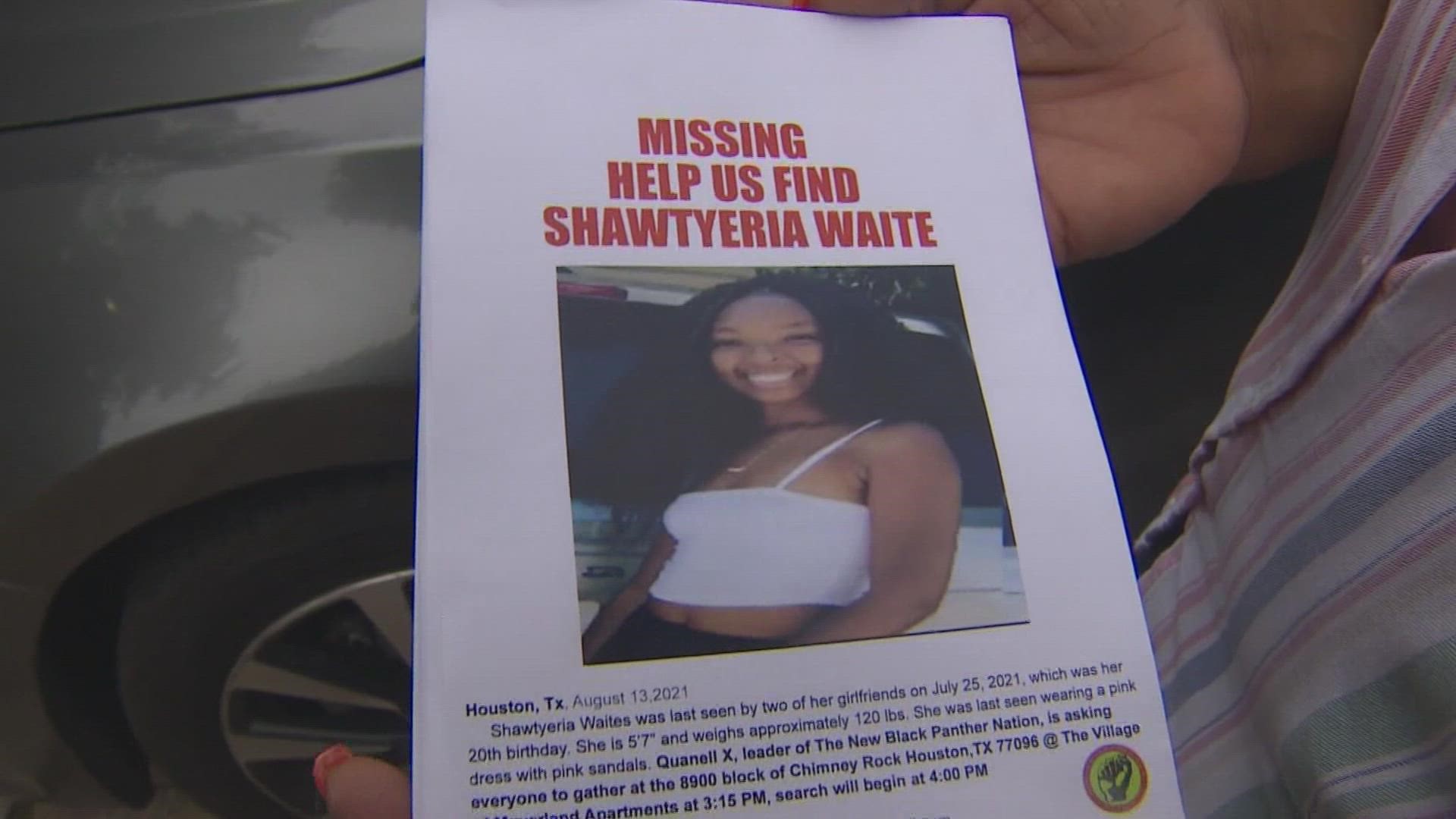 Aug.13: The neighbor who reported hearing a woman screaming on July 25 was interviewed again. He told investigators that he knocked on the door of Potts' apartment after hearing the screams but no one answered. After he called 911, he noticed Potts had backed his car into his assigned parking spot and the trunk was open. He said Potts drove out of the complex for a few minutes but returned before police arrived.

That same afternoon, volunteers passed out flyers with Waites' photo and description in the neighborhood where she was last seen.

Aug.19: Investigators got a search warrant and said they found a shovel, gas can and blood in the trunk of Potts' car, along with evidence a body had been placed into the trunk.

Aug. 23: Detectives got another search warrant for Potts' phone records, which were turned over to the FBI for analysis.

Investigators drove to the location and found human remains along the westbound service road. They recovered evidence that matched Waites' description, including the pink dress she was last seen wearing. An autopsy later confirmed it was her.

Detectives believe Potts killed Waites inside his apartment on July 25, hid her body in the trunk of his car and drove to Brookshire where he left her body on the side of the road.