Larry Woodruffe had been in custody since Saturday on an unrelated drug charge. 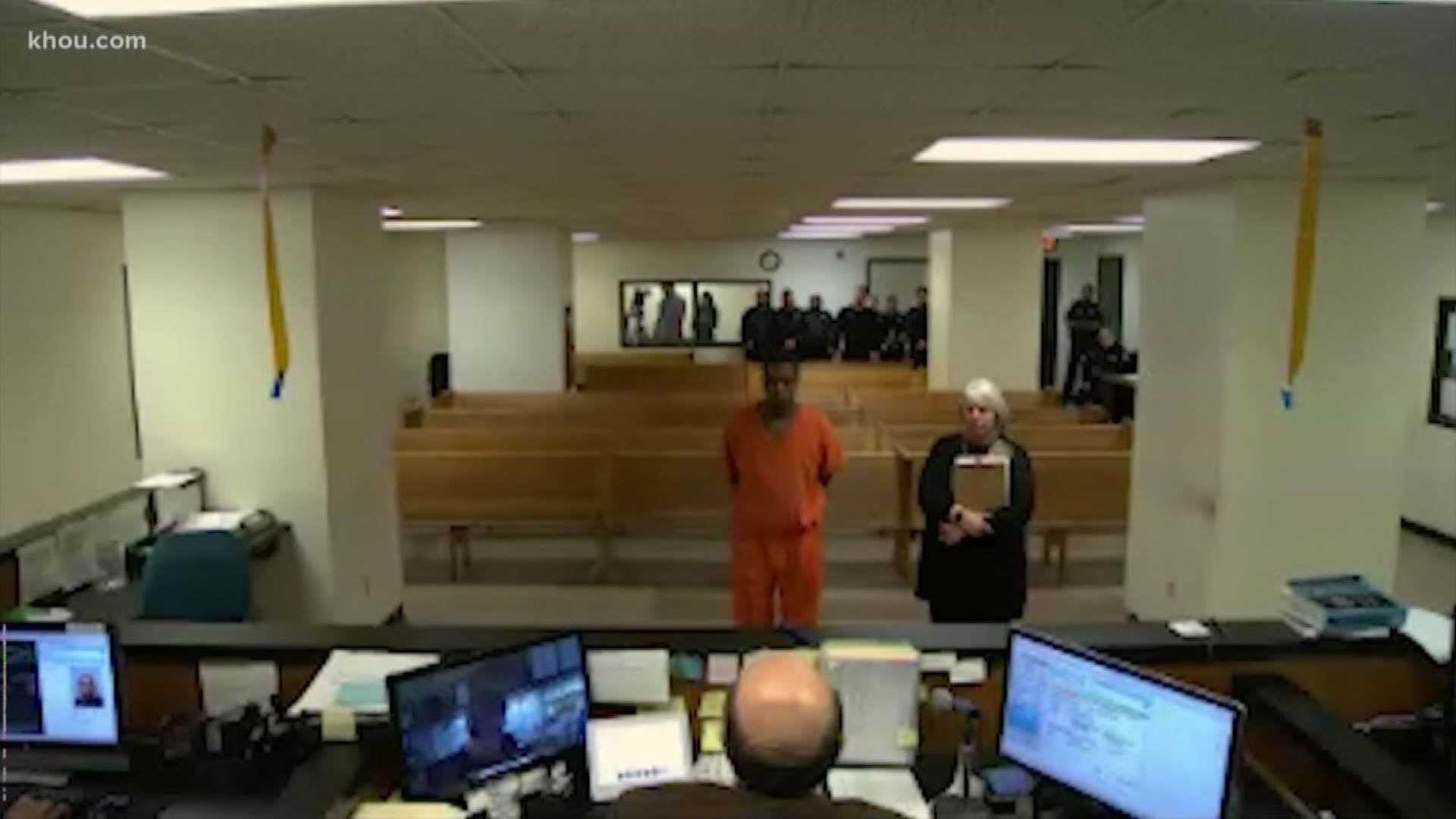 A second suspect has been charged with capital murder in the heartbreaking shooting death of 7-year-old Jazmine Barnes.

Larry D. Woodruffe, 24, had been in custody since Saturday on unrelated drug charges.

The capital murder charge was announced Tuesday afternoon while Jazmine's funeral was still going on in northwest Houston.

"Rest in peace, sweet Jazmine, for justice has been done," Sheriff Ed Gonzalez said at the funeral.

Woodruffe has a long rap sheet and served time for family violence, according to HPOU President Joe Gamaldi.

"How does someone who is a documented gang member, convicted felon for domestic violence, on parole, only get 9 months in jail for being in poss of a firearm w/31 round magazine??" Gamaldi tweeted Monday.

The first suspect charged in the case, 20-year-old Eric Black, Jr., told investigators Woodruffe fired the shot that killed Jazmine. That hasn't been confirmed by HCSO.

Black told investigators it was a case of mistaken identity and they thought they were shooting at someone they had been in an argument with at a club the night before.

A gun, believed to be the one used in the shooting, was found at Black's residence.

“Credit is due the discipline and persistence of homicide investigators, who worked around the clock to corroborate tipster information with actual evidence,” First Assistant District Attorney Tom Berg said. "We expect the hard work by investigators and prosecutors will lead to the convictions of Larry Woodruffe and Eric Black Jr for the meaningless murder of this young child.”

Jazmine, who was sitting behind the driver's seat, died after a bullet struck her in the head in the Dec. 30 drive-by shooting.  Her mom, LaPorsha Washington, was shot in the arm and her 15-year-old sister was injured when the window shattered. Two other sisters in the car weren't hurt.

The case made national headlines after family members and community leaders labeled it a hate crime, saying the shooter was a white man in a red pickup.

A composite sketch was released of that man on Friday.

Investigators now believe the man in the red pickup does exist and may have actually witnessed the shooting and sped away because he was scared.