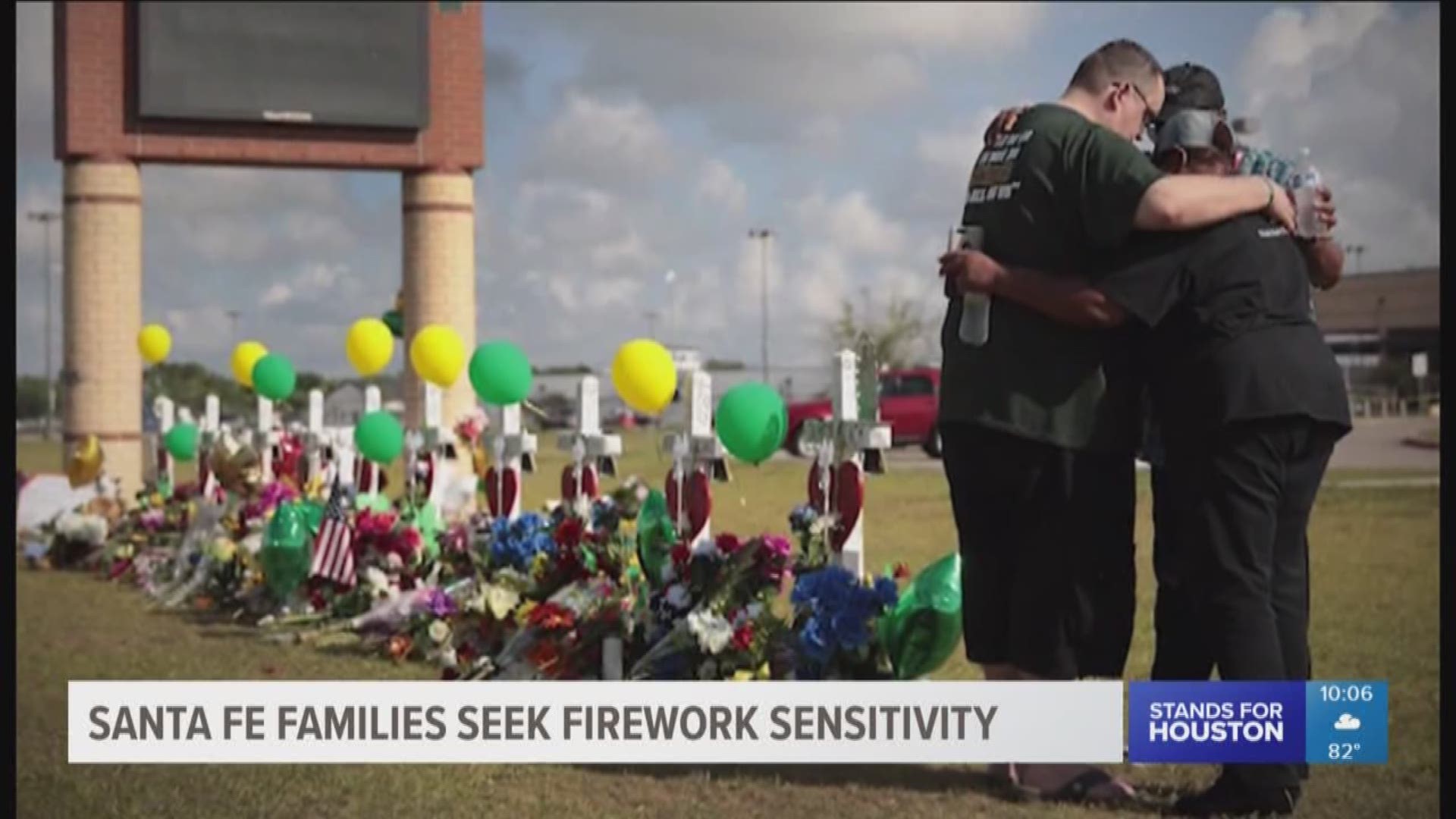 SANTA FE, Texas - The Fourth of July holiday is only three days away, but in Santa Fe some families fear popping fireworks may not be the best way to celebrate.

The sight signals celebration, but the sound can stimulate painful memories and crippling fear.

"A loud sound like a pop might cause most of us to get startled," said KHOU 11 News Mental Health expert Bill Prasad. "But we'd relax after that."

Prasad says for Santa Fe High School shooting survivors those same loud noises could trigger PTSD. Parents are worried about how their teenagers may react.

"For a lot of kids, I think it will affect them you know," said Wendy Lummus.

Her daughter Presley is one of those kids. She survived the shooting at Santa Fe High. In May, the sound of fireworks on Memorial Day stirred up panic.

"We had went to our lake house and there were some fireworks popped in the middle of the night," said Lummus. "It scared her so bad we had to sleep with her."

So now on July 4 there will be no fireworks for the Lummus family. But every family and every survivor is different, says Prasad.

Shooting survivor Sarah Salazar and her mother told KHOU 11 over the phone today that they're okay with fireworks and plan to watch fireworks like they do every year. They want that sense of normalcy.

But Prasad says all parents should be playing close attention to how their teens are responding.

"You may think right now, no problem, I'm okay, but don't be surprised by some startled response," Prasad said.

There is no right answer, but families like the Lummus family are hoping for a quieter Fourth of July.

"It would be very respectful if people would kind of refrain from doing lots of fireworks given what all of our kids have been through," said Lummus.

Symptoms that may lead to a possible PTSD diagnosis include:

2) Avoidance: Avoiding things or stimulus that is a reminder of the trauma.

4) Negative emotions: Sense of emotional numbness, pervasive negative view of people and the world, anger. Sometimes the only emotion a person might have is anger.

Symptoms cause functional impairment: Inability to function at work, school, as a parent, spouse or in a relationship.