Well over 200 people, many from Crosby Church, joined Christian Riley Garcia's family as they grieved Monday night. Survivors say Garcia shielded others by leaning against the door of the art class that morning. 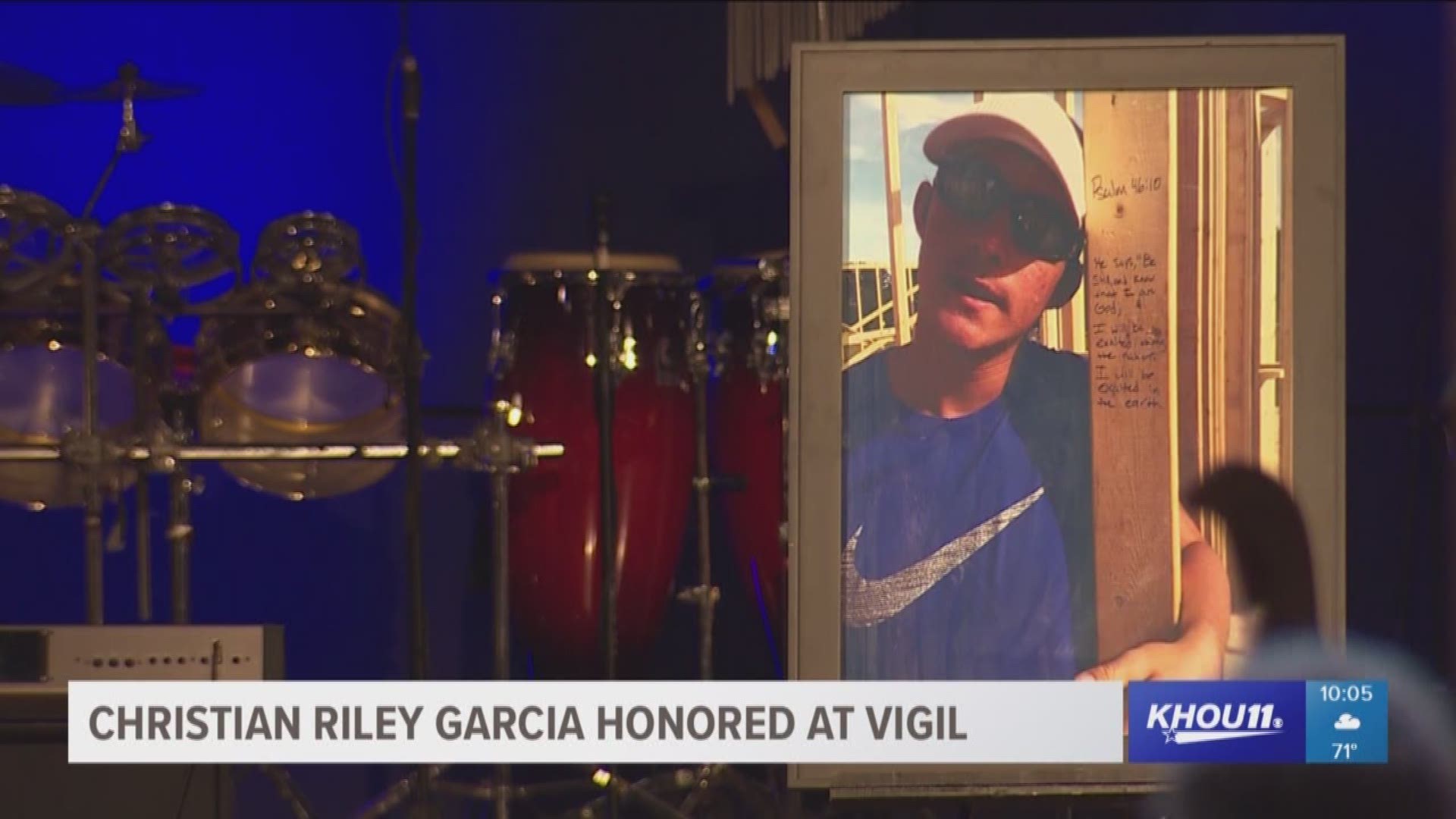 CROSBY, Texas - Church members throughout Crosby offer comfort for the family of Christian Garcia, who was killed trying to save other students in Santa Fe High School.

Well over 200 people, many from Crosby Church, joined the Garcia family as they grieved Monday night.

The family had just moved to Santa Fe from Crosby, but as Pastor Keenan Smith explains, this church has always been home for them.

Batting back tears, Smith remembers baptizing Garcia and the young man who would read scriptures with his mother every Thursday night.

You come to expect stoic responses from some of our area community leaders, especially clergy who are constantly tasked with helping grieving families.

There was genuine heartache in the eyes of Smith as his voice fluttered and he attempted to compose himself while taking questions from the media.

We asked how you prepare to speak with a congregation at a time like this and Smith was candid. He said, you can’t really prepare. “You do the best you can, because the community expects you to be strong for them.”

“It’s not easy to keep that game face on and be strong for others. These types of things are difficult for all of us to deal with,” Smith said.

Smith was asked to speak on behalf of the Garcia family and says he was there when they learned more about their son’s heroic act.

Survivors say Garcia shielded others by leaning against the door of the art class that morning. The shooter fired at the door, killing Garcia in the process.

“Lives were saved because of the actions of kids and we can learn something from that,” Smith said.

Justin Anderson helped to lead youth ministry and remembers Garcia for his personality. He knew of the shooting, but hadn’t heard that Garcia has lost his life until Sunday.

“A great young man leaves our church to go to another town and you just hear about this. It’s just unbelievable,” Anderson said.

Anderson’s mother, a prayer group leader, sat next to him as she offered her support. She was devastated by the news of ten lives being taken, but feels there needs to be more emphasis placed on prayer at times like these.

Pastor Smith echoed those sentiments in a short sermon. He told the congregation one of his biggest concerns is on the dialogue that labels prayer as not enough when people offer their condolences.

“Prayer is action,” he says before a thundering round of applause. Other speakers took to the podium as they too reminded everyone that offering prayer is a sign of compassion.

“We’re praying over the families as they grieve and they try to walk through that process of mourning,” Smith said.