"We do it everywhere else. We protect our adults, we protect our leaders. We ought to be protecting our kids," Bratcher said. 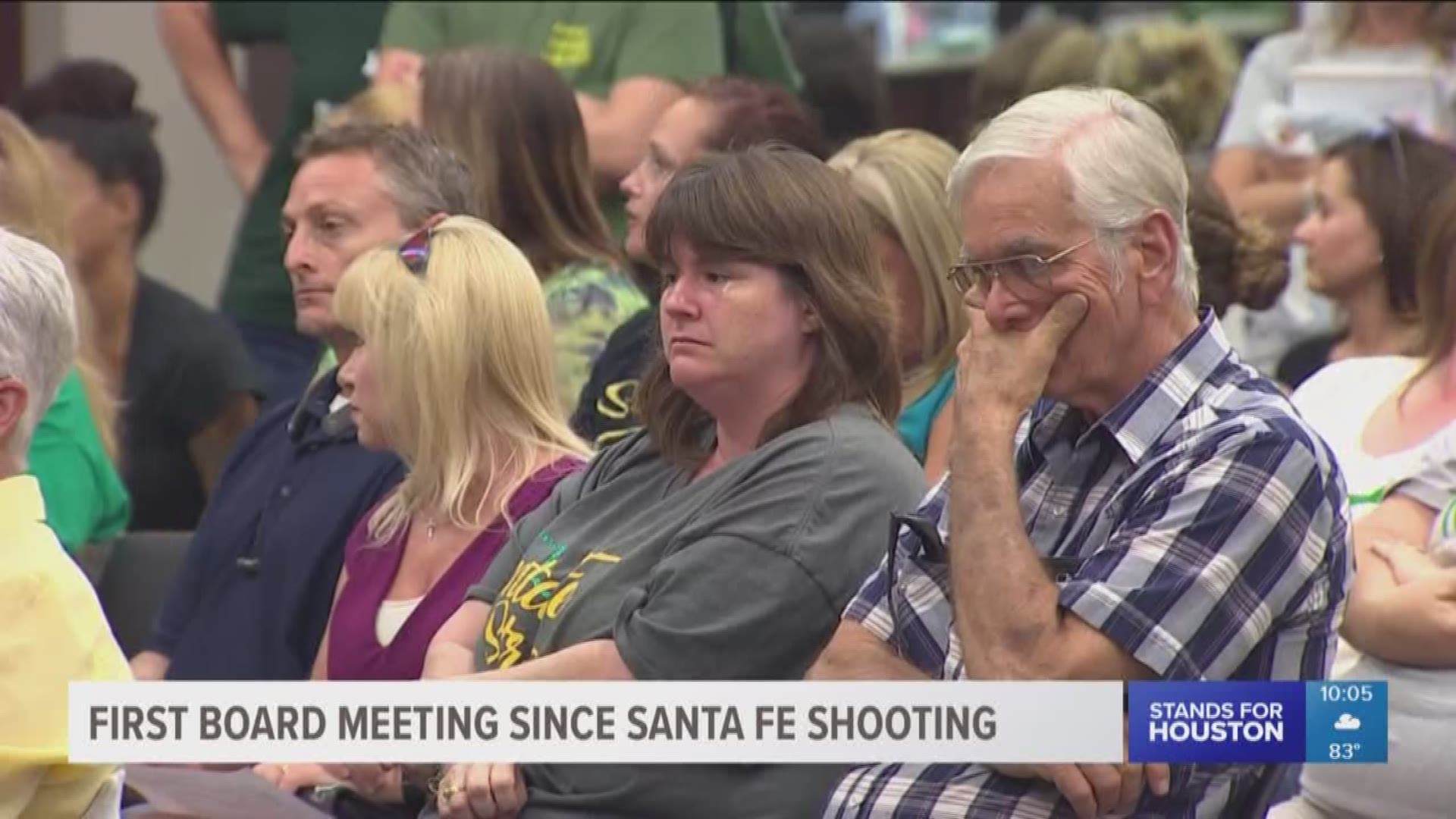 In what would be their first public meeting since the tragic shooting that left 10 people dead and another 13 injured, parents did not hesitate with their own ultimatums.

One after another, those who spoke, demanded the district take action on any number of options brought forward by parents.

Mark Bratcher’s daughter goes to school in the district, but told board members that could come to an end if they don’t consider measures like metal detectors.

“We do it everywhere else. We protect our adults, we protect our leaders. We ought to be protecting our kids,” Bratcher said.

Board President J.R. Norman said nothing was off the table in terms of finding solutions, but would not offer details on what those security measures would be.

“We have to get this right, but we cannot sit here and do nothing,” Norman said.

On one hand, the district believes it’s in their best interest not to make those measures public, but Bratcher sees it as a lack of communication. Other parents agreed, that they too felt left out of the important decision making in regards to their children’s safety.

One of the most powerful moments of the night came from Mercedes Stone who’s brother Christopher was killed. She asked those parents who planned on taking their kids out of school if nothing was done, to stand up.

Practically the parents stood to their feet in a show of support.

The more voices heard, the more metal detectors appeared to be the consensus with parents. One petition that’s been circulating already has more than 1,300 signatures.

Rhonda Hart’s daughter Kimberly was killed in the shooting and while Rhonda didn’t speak in the meeting, her presence was felt. She sat in the front row holding a sign that read “know teachers, no guns.”

A stance she’s had since first hearing that armed teachers could be an option.

“As a parent that just lost a child, I think putting more guns in the schools is like fighting fire with gasoline,” Hart said.

When asked what would be a better solution, Hart agreed that metal detectors should make their way into the schools. Other options she believes should include offering jobs to veterans who are already trained to handle weapons and could protect hallways.

SFISD was expected to vote on “shooting-related compensation for SFHS employees,” as well as new school security equipment. District leaders tabled the vote for a later date, as they wait for more input from parents and the newly formed 30-person safety and security committee.