Dimitrios Pagourtzis’ attorney, Nicholas Poehl, confirmed that the 17-year-old, accused of killing eight classmates and two teachers, was transferred, however, it has not been released what he will be charged with. 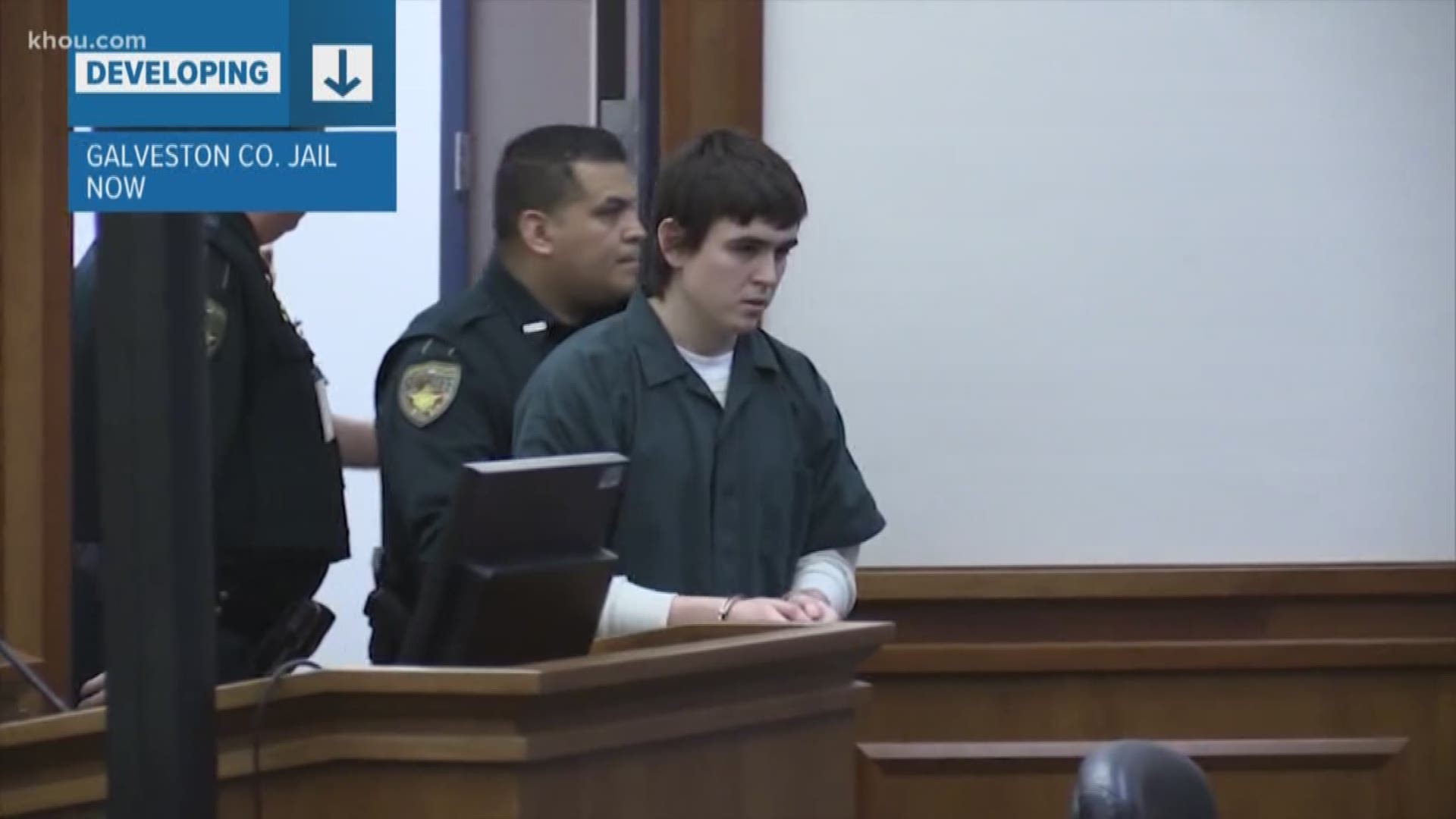 The move comes weeks after federal authorities said they would not be pursuing charges.

It’s not clear what the charges are. The suspect’s defense attorney, who is representing him in his state trial, said under federal law, the 17-year-old is considered a juvenile, therefore, all proceedings will remain sealed.

The victims’ family members came rushing to the federal courthouse in Galveston when they heard about the new charges. They said they have been advocating for the Feds to get involved.

“We’re going to continue to push for justice,” said Rosie Yana Stone, the mother of Christopher Stone, who was killed in the shooting rampage.

Pagourtzis is accused of shooting and killing 8 classmates and 2 teachers last May.

“We’re elated that this is an opportunity for justice on the federal level for our community and for our nation,” said Pamela Stanich, the mother of victim Jared Black.

“It was a relief, because we’ve been trying to get these charges pressed. They were so important to us, where he will never ever come out of prison, he doesn’t deserve to be,” said Gail McLeod, the mother of victim Kyle McLoed.

The parents of the suspect left the courthouse without a comment. Their son’s defense attorney said they were stunned to learn about the federal charges.

“We were very shocked and surprised and so was the family," said defense attorney Katy-Marie Lyles.

Lyles said she found out Monday morning about additional federal charges against her client.

“As to why federal prosecutors decided to move forward, I can only make speculation. I don’t know. We’ve been given no reason as to why they would pursue the charges after they said they weren’t going to,” she said.

Under state law, the 17-year-old is considered an adult. A judge in February granted a change of venue for his state trial, which could begin some time in 2020.

“I don’t want there to ever be any question on this case,” said Flo Rice, who survived the May 18 shooting. “I believe no matter where it is the outcome will be the same.”

Her husband, Scot, prefers the trial never happens. With no death penalty possible, he wants Pagourtzis’ parents to change the teen’s plea, skip trial and go straight to sentencing.

“Forgo this trial and this torture for the citizens of Santa Fe and Texas and for the families that are going to have to travel and hear the horrible details of this crime," Scot Rice said.

Lopez said it is most important to see justice served. Her family and others plan to travel and hear every day of the potential trial, no matter where it happens.

The suspect's parents also wept when they saw him during the February hearing.

Pagourtzis' attorney asked the judge for a change of venue because he said his client can't get a fair trial in Galveston County. Poehl said there's a smaller jury pool available in Galveston County, so it would be tougher to find jurors who haven't already made up their minds about the case.

They blame bias, in part, on social media comments and even those made by political leaders following the incident.

“This case is the very type of case that is the reason we have a change of venue process in Texas,” Poehl said. “Because sometimes you just need to move the case.”

Prosecutors maintained the judge can adequately evaluate potential prejudice when it comes time to pick a jury. They cited other highly publicized cases where trials took place in the jurisdictions in which crimes were committed.

A judge will determine where the trial will be held in May.

As of Monday evening, Pagourtzis is back in the Galveston County Jail and out of federal custody.