The Boys and Girls Club of Greater Houston is providing a free summer program at the Santa Fe Resiliency Center. 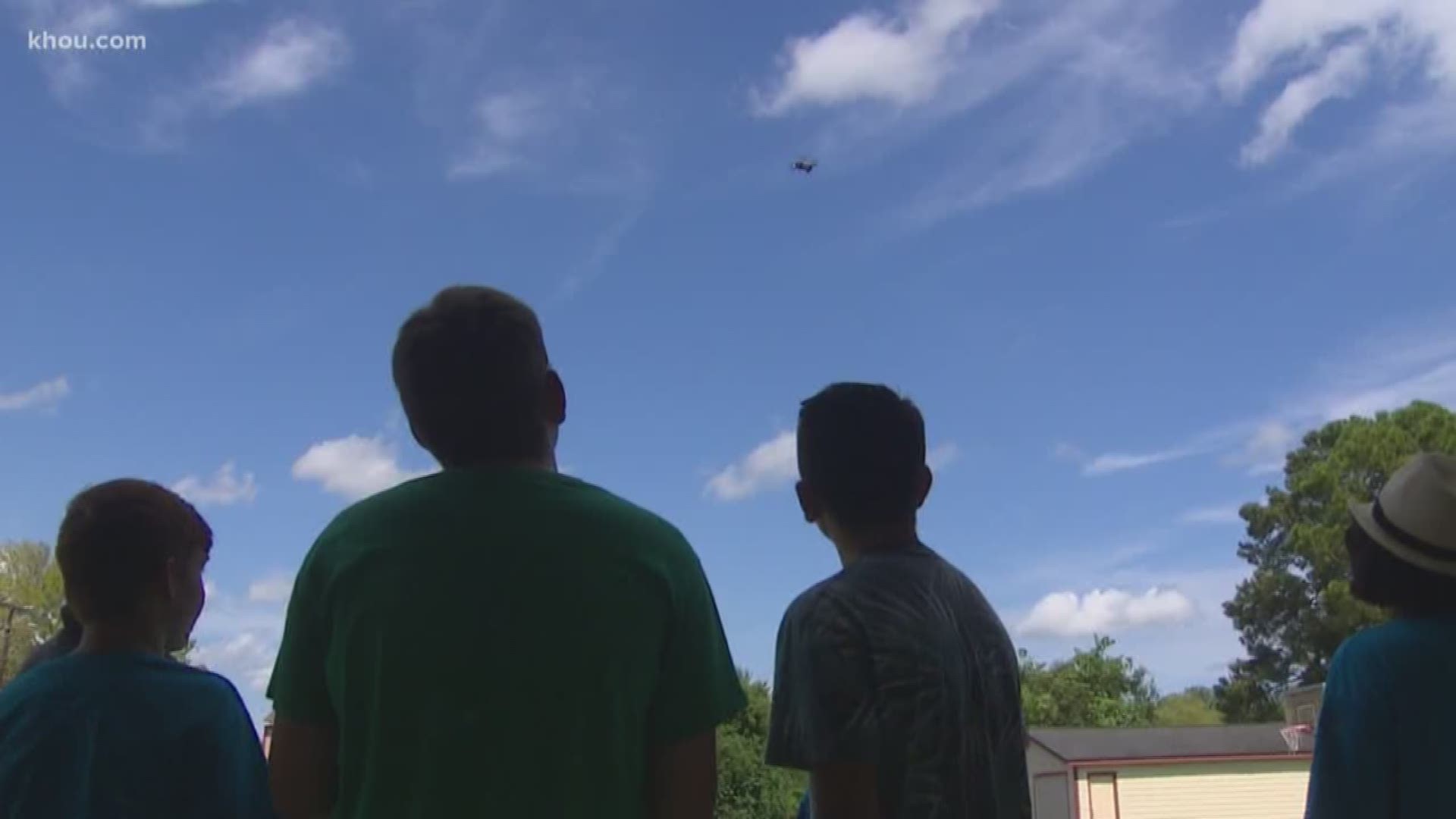 SANTA FE, Texas — A new program in Santa Fe is helping kids who were affected by last year's school shooting stay connected during the summer.

The Boys and Girls Club of Greater Houston is offering the program, free of charge, at the Santa Fe Resiliency Center.

In the heat of summer, Santa Fe students are smiling for the first time in a long time. Many realized they're not alone.

It may look like a typical summer camp. There's sports, hands on technology and classes on photography.

But look deeper and what you'll find, for example, is two girls who have become best friends.

"Everyone here talks to each other and I like that," said Lexi Rodriguez, a freshman.

"I was kind of scared, I don't like socializing with people by any means, but then I found her and her sister," said Liberty Wheeler, a junior.

"The other day lightning struck and I jumped in my seat just from reminders," she said.

"We're dealing with grief, loss and trauma and our programs are specialized to support that," said Kevin Hattery, President & CEO of Boys and Girls Club of Greater Houston. "We'll never know how many kids lives we save but we could potentially know how many we lose and so this was a very important call to action of why we are here."

"I have absolutely loved it," said Paula Rodriguez, Lexi's mother.

She said it's given her kids a sense of belonging in the summer.

"I'd rather them be interacting with kids, doing stuff like this then at home sleeping, lounging around being on their cell phones most of the day," Rodriguez said.

These girls hope what they've learned will carry on into the school year, so other students will know this is a community that's there for them.

"It would be great if they would like come here, talk to somebody ... get their feelings off their chests because it helps so much," Wheeler said.

The Boys and Girls Club wants it to be a year-round permanent program in Santa Fe, but the one thing they still need is funding.

You can hear more on how the community is recovering one year later. Download our podcast Santa Fe: Life After The Shooting. It's free on Apple Podcasts or wherever you listen.