Sabika Skeikh was a 17-year-old foreign exchange student from Pakistan who dreamed of being an ambassador to bring the people of the U.S. and Pakistan closer. 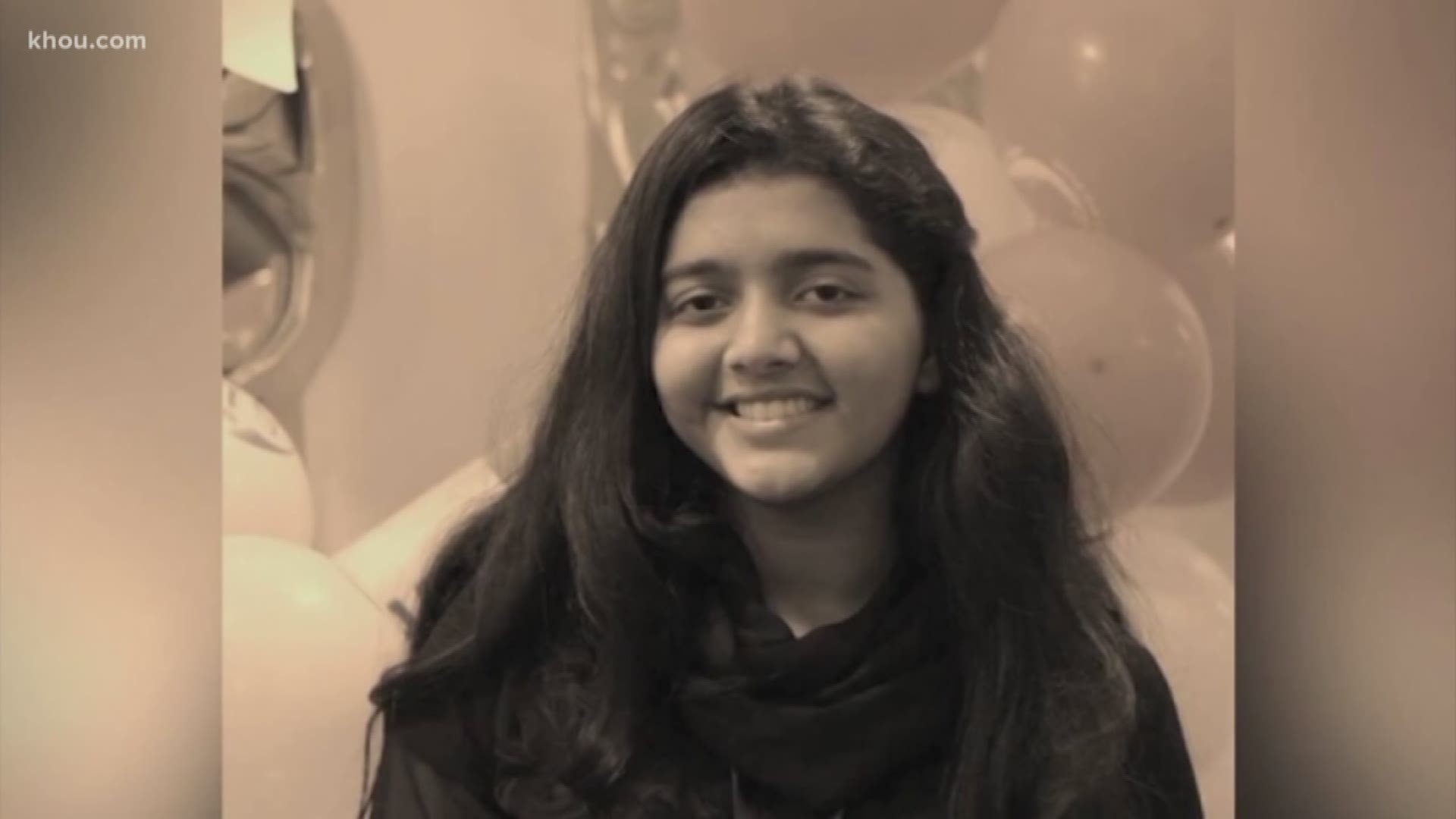 SUGAR LAND, Texas — On Wednesday night, more than a year after 10 people were killed in the Santa Fe school shooting, the family of one of the victims held a memorial for their daughter.

Sabika Skeikh was a 17-year-old foreign exchange student from Pakistan who dreamed of being an ambassador to bring the people of the United States and Pakistan closer together.

Sabika was one of the students killed in Santa Fe’s art room. She was the oldest of four children, known for her smile and kindness.

Over the past three weeks, her parents and siblings have spent time in Santa Fe visiting Sabika’s friends and other victim’s families, their first visit to the U.S. since Sabika’s death.

“We have to face it. We are just reliving everything...so it is difficult," Sania said. "My mother did not go to the art room, but I and my father and my brother did. So obviously, it was very difficult to depict what actually happened that day.”

Family said Sabika had been enjoying her time in Santa Fe and loved learning about the American culture. Although her family was nervous for her to be so far from home, they took comfort in how much Sabika was enjoying herself and the friends she had made.

“We thought that America was one of the safest countries," Sania said. "My sister was going to enjoy it here. And everything was going to be really good. But I did not turn out to be like that.”

The Aziz Sheikh family said although their time in the states has been difficult, they wanted to meet everyone who has offered so much support to them throughout this tragedy.

“I’m glad we were given this opportunity to thank everybody who was with us in the most difficult times of our lives," Sania said.

They also expressed their concern about the U.S. gun culture, saying they don’t want anyone else to lose a loved one to gun violence.

Don't be a victim! Police say burglars are using social media to track their targets