The body found in a Jasper, Texas motel has not yet been positively ID'd as that of the child, but police believe it is. 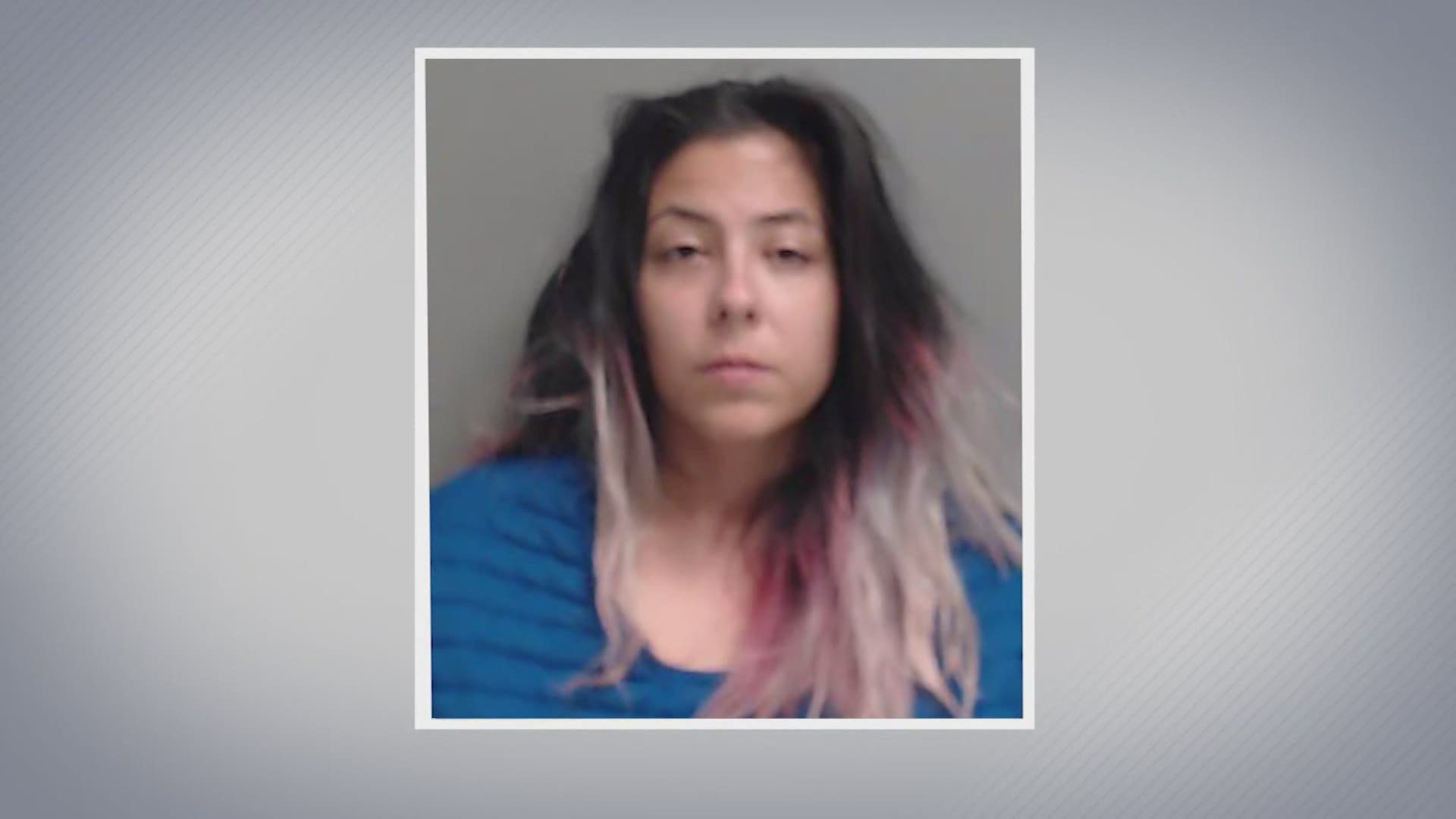 HOUSTON — Houston police have arrested and charged a woman after the reported disappearance of 6-year-old Samuel Olson last week.

Police announced Wednesday morning the child's dad's girlfriend, Theresa Balboa, is in custody. She was allegedly found at a Jasper, Texas motel room on Tuesday — the same room where a child's body was also located.

The Harris County District Attorney has accepted a charge of tampering with evidence against Balboa, Houston Police Assistant Chief Heather Morris said at a 10 a.m. press conference on Wednesday.

As of Wednesday morning, Balboa was still in jail in Jasper but will be brought back to Houston.

According to court records, a man allegedly met Balboa at a Walmart parking lot in Cleveland, Texas, and picked her up, along with a black plastic box with a yellow lid, and put it in the back of his pickup truck.

Court records show they drove to the Best Western motel in Jasper and are seen on motel surveillance tape arriving there. According to the court records, the man is seen unloading the black plastic bin and carrying it into room 106 before leaving the hotel.

Court records state the same man later called Crime Stoppers with a tip about location of motel and a foul-smelling bin. Records show when Jasper police arrive, they found the bin in the room and Balboa in the bathroom.

The medical examiner is now working to positively identify the remains of the body found, but police believe they are that of the little boy who was reported missing last week in Houston. Detectives are hopeful surveillance footage from the motel could shine more light on the investigation.

The Texas Rangers released a statement Wednesday afternoon about their involvement in the investigation:

Samuel Olson turned 6 years old Saturday. But he was age 5 when he was reported missing last Thursday.

Girlfriend initially claimed the child left with his mother and a fake police officer, police say

Police said the child's dad and the dad's girlfriend were at a southwest Houston home when they reported that Samuel was reported missing last Thursday evening.

Balboa allegedly claimed the child was last seen leaving with his mother and a fake police officer earlier that morning. The girlfriend said they were forced to hand Samuel over to his mother and the officer. But Houston police investigators contacted the child's mother, who they say had an alibi.

HPD said they had the Texas Department of Public Safety issue a child safety alert through CPS. And after a Crime Stoppers tip, authorities were led to a motel in Jasper, which is more than a hundred miles northeast of Houston.

Solved by a Tip to Crime Stoppers of Houston: Thank you to the #anonymous tipster who called our Tip Line to provide critical info that led investigators to the motel in Jasper, TX. We will never know who you are, but we thank you for doing the right thing to help in this case. https://t.co/cOFK0UNlRx

Balboa has been questioned multiple times since she was taken into custody, Assistant Chief Morris said. So far, police do not have a motive for the crime she is accused of.

Records show at the time of her arrest on Tuesday, Balboa was out of jail, on bond, on an assault charge. In November of last year, she was accused of assaulting Samuel's father.

Police searched Balboa's Webster-area apartment in Houston and towed a Dodge overnight Monday into Tuesday after getting a tip this was the last location Samuel was seen.

Texas EquuSearch was going to do an extensive search of the area as well, but they held off after learning that the statements provided to police were not adding up.

On Wednesday morning, police stopped short of calling the child's father a person of interest, but they said he is still being questioned along with other people who may have information about the case.

Police previously said the last time they could independently verify the child's location is on April 30, when he was at school. But Samuel’s paternal grandmother, Tonya Olson, said he was with her the following weekend. Tonya also said she heard him on the phone a little over a week ago.