Recognize them? Robbery suspects follow man home, assault him in front of house

HPD released surveillance video of the assault which happened in the 8000 block of Memorial. 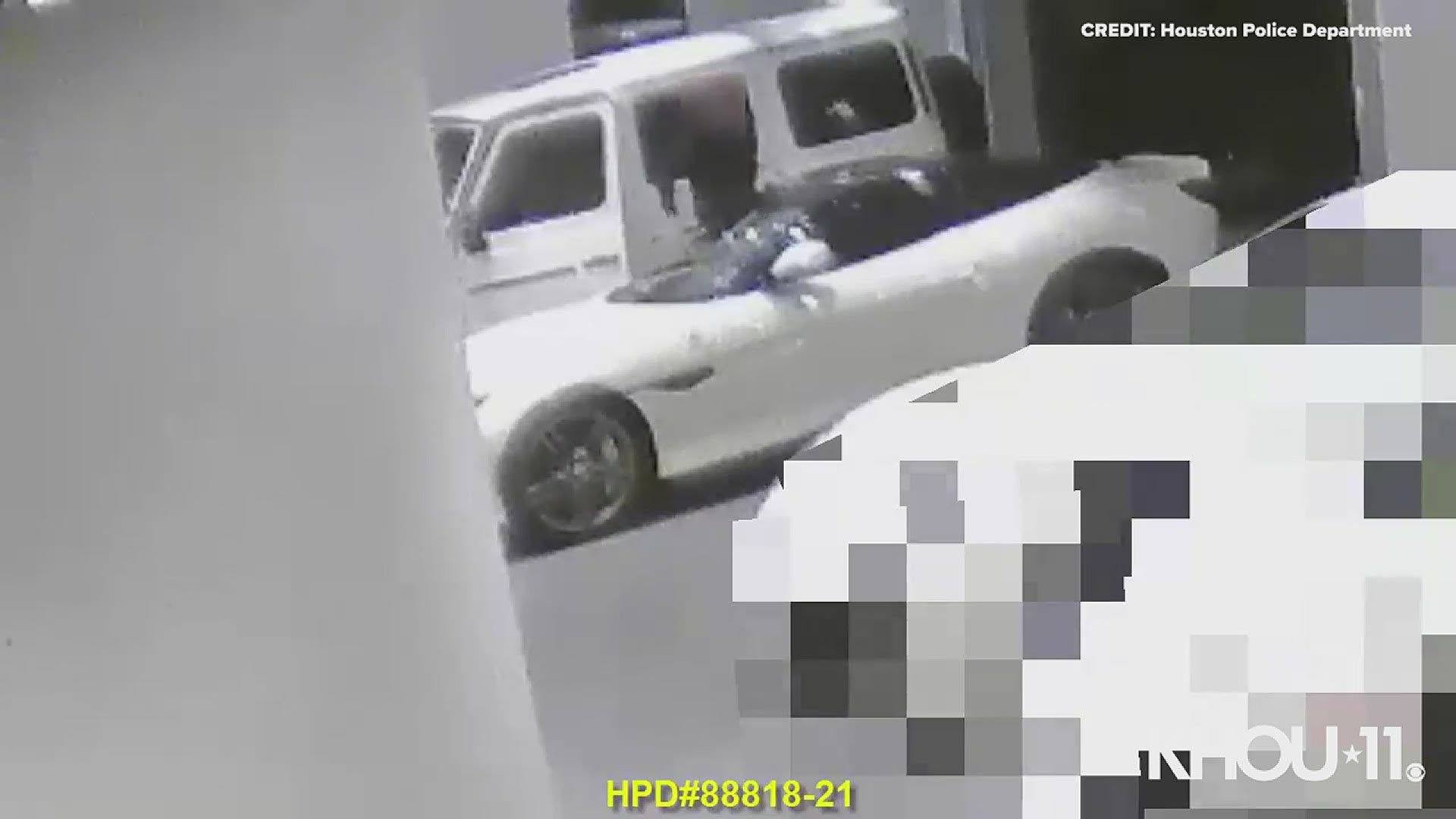 HOUSTON — Houston police are asking for the public's help in identifying the suspects responsible for an aggravated robbery with a deadly weapon Wednesday night.

HPD’s Robbery Division said the assault happened around midnight at a home located in the 8000 block of Memorial.

Investigators said the victim had just arrived home when he parked his vehicle inside of his garage. As he was getting out of the car, three men, all armed with handguns, suddenly approached him.

Two of the suspects dragged the victim toward the front door of the house while the third suspect continued to point his gun at him, police said. The victim began to yell for help, at which time the suspects started to kick and punch him while demanding that he close the garage door.

The suspects stole the man’s jewelry and then took off running in an unknown direction.

Please contact Crime Stoppers of Houston directly if you have any information related to this investigation.

Information leading to the charging and/or arrest of the suspects is eligible for a $5,000 reward. Tipsters must contact Crime Stoppers directly to remain anonymous and to be considered for a cash payment by calling (713) 222-TIPS (8477), submitting an online tip at www.crime-stoppers.org or through the Crime Stoppers mobile app.