The suspect is at the hosptial in critical condition. Two other suspects have been detained. 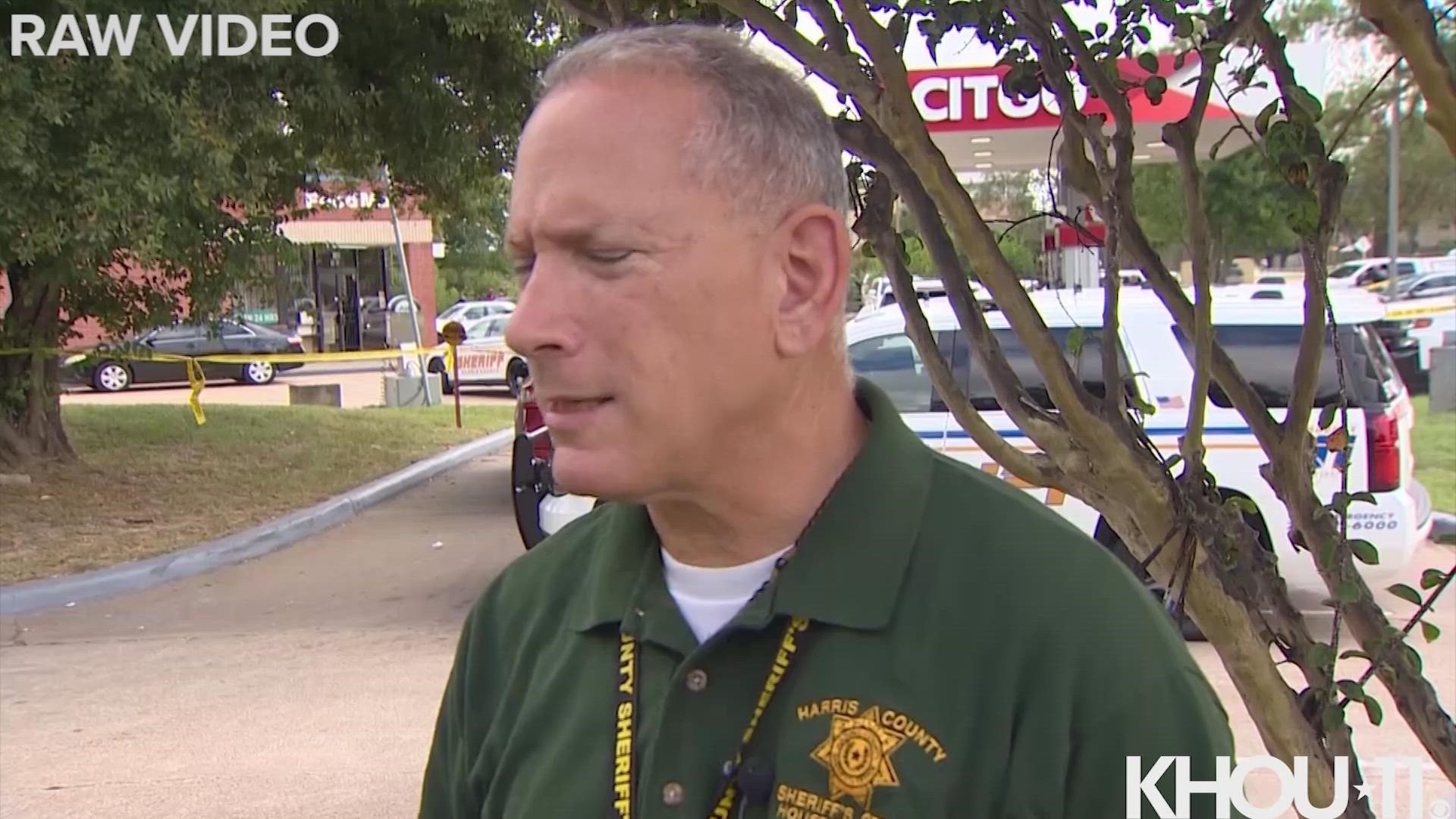 HARRIS COUNTY, Texas — A suspect attempting to rob a northwest Harris County business Monday was shot by the store clerk, according to deputies.

This happened sometime around 9 a.m. at a food mart located in the 15000 block of West Road.

Deputies said the clerk told them three men entered his business wanting to rob him. One of them was allegedly armed with a pistol, the clerk said.

At some point, one of the suspects demanded money. This is when the clerk pulled out his own weapon and fired several shots, hitting one of the robbers, deputies said.

All three suspects ran out of the store and to a nearby Chick-Fil-A where they spotted an ambulance.

The injured suspect was taken to a nearby hospital in critical condition. At last check, he is stable. The other two suspects were detained.

The suspects' vehicle was left at the food mart. It is currently being processed for evidence. The suspect's weapon was recovered as well as the clerk's.

A grand jury will determine what charges will be filed.

@HCSOTexas units responded to a C-Store at 15050 West Rd. Preliminary info: two suspects entered the business; one suspect armed with a gun attempted to rob the clerk. A 3rd suspect waited outside in a car. A struggle ensued and the clerk, who was also armed, shot the suspect. pic.twitter.com/kzLfk1bMte