After knocking her to the ground, the man hit her again before grabbing her purse. 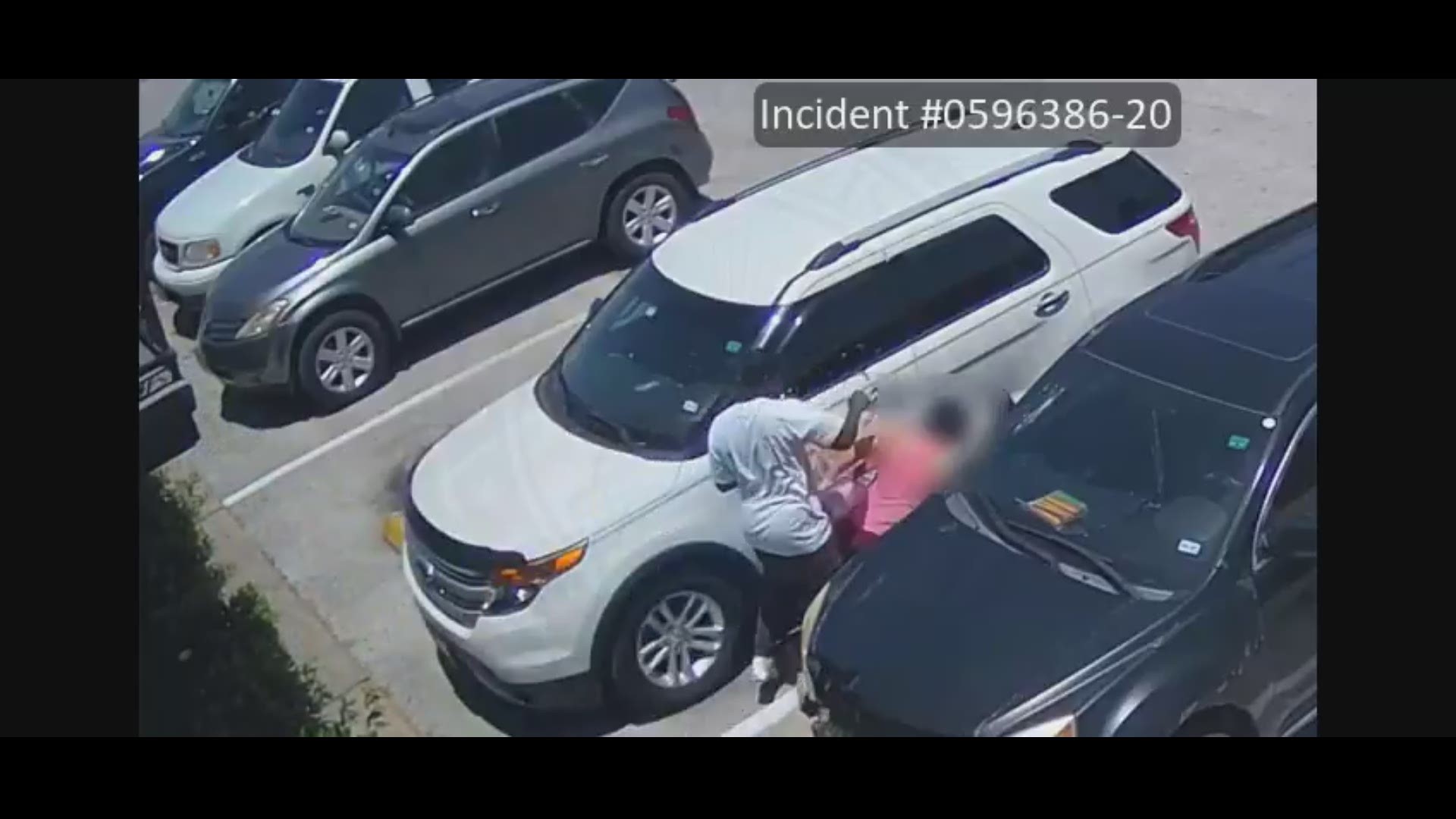 HOUSTON — Houston police are hoping someone can help identify a violent robber who punched a woman in front of her child last month.

The woman and her young son were unloading groceries on the afternoon of May 6 in the 7000 block of Renwick Drive in southwest Houston.

The suspect ambushed them, punched the mother in the face and hit her again when she fell.

He then grabbed the victim’s purse and jumped into a waiting vehicle that sped away.

The attack was captured on a surveillance camera.

The suspect and getaway driver were in a white 4-door Nissan with paper plates. It’s missing both rear hubcaps and the front left and right tires are different styles. The car has minor damage to the front passenger side fender and there’s a small dent near the back-passenger door.

Crime Stoppers may pay up to $5,000 for information leading to the charging and/or arrest of the suspect in this case. Information may also be reported by calling 713-222-TIPS (8477).

You can also submit tips online.