The suspect got away after stealing a bag of cash. He was a yellow safety vest with a dust mask. 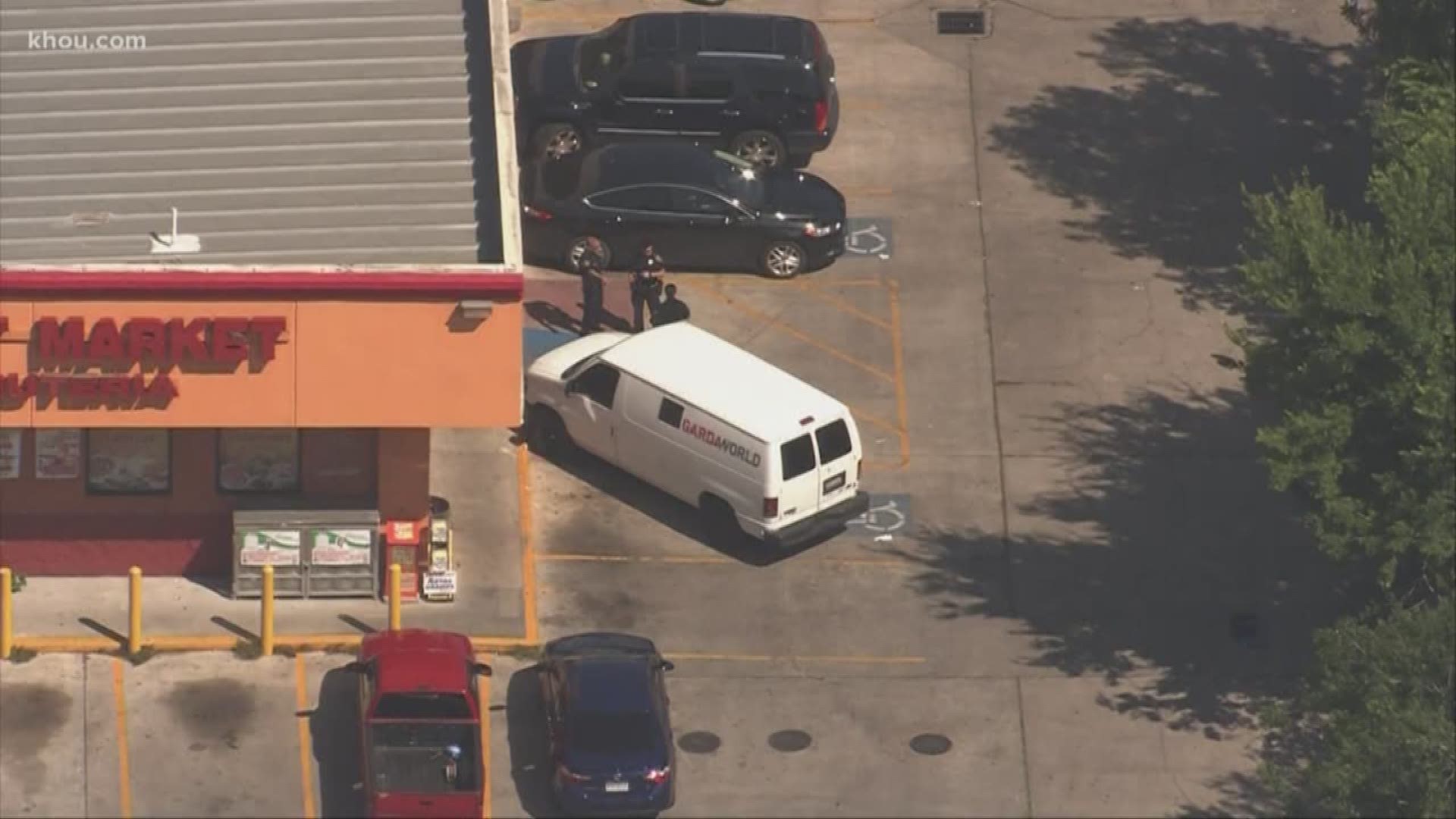 HOUSTON - Deputies are looking for a suspect in an armored car robbery who used pepper spray on the victim before stealing cash, according to the Harris County Sheriff's Office.

Deputies said the robbery happened around 11 a.m. at a Chase Bank located in the 13700 block of the East Freeway near Channelview.

The guard was at the door of the bank when the suspect approached him wearing a reflector vest and a mask, according to HCSO.

The suspect sprayed the guard with pepper spray and grabbed the bag of cash the guard was bringing into the bank.

He was wearing khaki-cargo pants, a yellow safety vest with reflective stripes, a dust mask, and a hat.

It's unclear how much money he took off with.

The guard was checked out and was not seriously injured.

Anyone with information on the crime is asked to contact the Harris County Sheriff's Office.