It's been two weeks to the day since David Castro was shot and killed in his father's pickup truck. 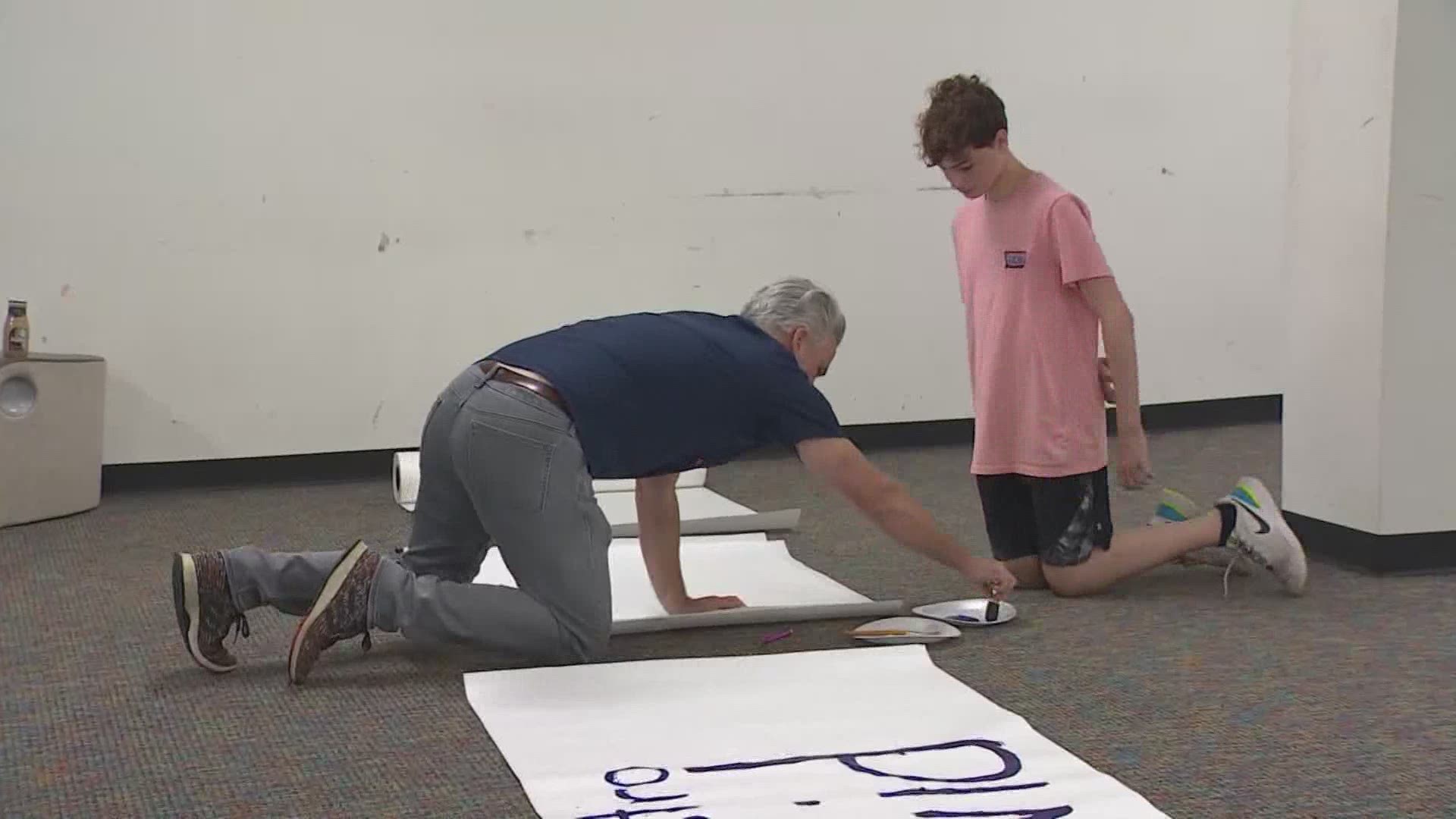 It’s been two weeks since David Castro, 17, was fatally shot in his dad’s pickup truck after an Astros game.

KHOU 11’s Melissa Correa reports, according to HPD, the vehicle involved was a 2011 to 2013 Buick Lacrosse CXL with the premium package. Police noted the vehicle had Ventiports on top of its hood instead of on its side or on the fenders, making its appearance a little more unique than other Lacrosse year models.

The vehicle had round fog lights and 7-spoke rims, according to HPD.

Police stated they have tracked down numerous leads since the July 7 killing, but they still need help.

"Someone knows who did this," said Sgt. Mark Holbrook with HPD.

Meanwhile, friends and supporters of #DavidCastro happened to have tickets to tonight’s #Astros game. So they’re taking signs and planning on doing some random acts of kindness in David’s honor. #RAKDavid #khou11 pic.twitter.com/SIIp3nrdtO

A group of students and parents from A+ Unlimited Potential Charter School are calling for justice on behalf of David. Dozens of students and adults are attending Tuesday night’s Houston Astros game at Minute Maid Park.

The group is hoping to accomplish two things: random acts of kindness for David and raising awareness about the deadly road rage shooting that happened exactly two weeks ago.

“It could just happen to anyone,” said 13-year-old Will Bunch of the shooting that he said left him in shock. “It was really surprising, because I saw it on the news the day after it happened. And it was just weird. I tried to get my mind off of it.”

Bunch didn’t know David, but he knows Paul Castro, David’s father. Paul Castro is a the superintendent of A+ UP in the city’s Midtown. The school’s principal, Kap McWhorter, described the opportunity to attend Tuesday night’s Astros game as, “a fate thing” because A+ UP was gifted tickets to tonight’s game weeks before the 17-year old Westside High School student was killed.

“Kids, as really beautiful and really simple, they wanted to do something to just show kindness," McWhorter said.

Students are hopeful that sharing the story of David will motivate more people to take a look at the getaway car and suspect sketch.

“Our kids, they’ve expressed very clearly that their hope is one person tonight hears about David and their family that didn’t know and that one person might be able to help bring the family justice,” McWhorter said.

It would make Bunch feel, “safer and more secure,” if the guy who police say killed a teen over traffic was brought to justice.

The father of the killed teen says the community lost a soul that “would have added to our world and made it better.”

According to police, they were blocks away from the ballpark, on Chartres Street, when he and the driver of a white Buick sedan exchanged hand gestures. Police said the suspect followed Paul Castro and his sons onto I-10 East and then McCarty Street, before opening fire on Castro’s truck.

Out of the three people in the truck, 17-year-old David Castro was the only one struck.

“David was one of the good guys,” Paul Castro said. “He was set to be a National Merit Semifinalist. He loved percussion and was planning on playing in band in college.”

“He didn’t deserve to get shot,” Paul Castro said. “He is innocent. There are no words to convey the deep pain our family feels.”