Investigators say multiple shots were fired into an SUV with a 4-year-old child inside before one driver lost control and slammed into a family's home. 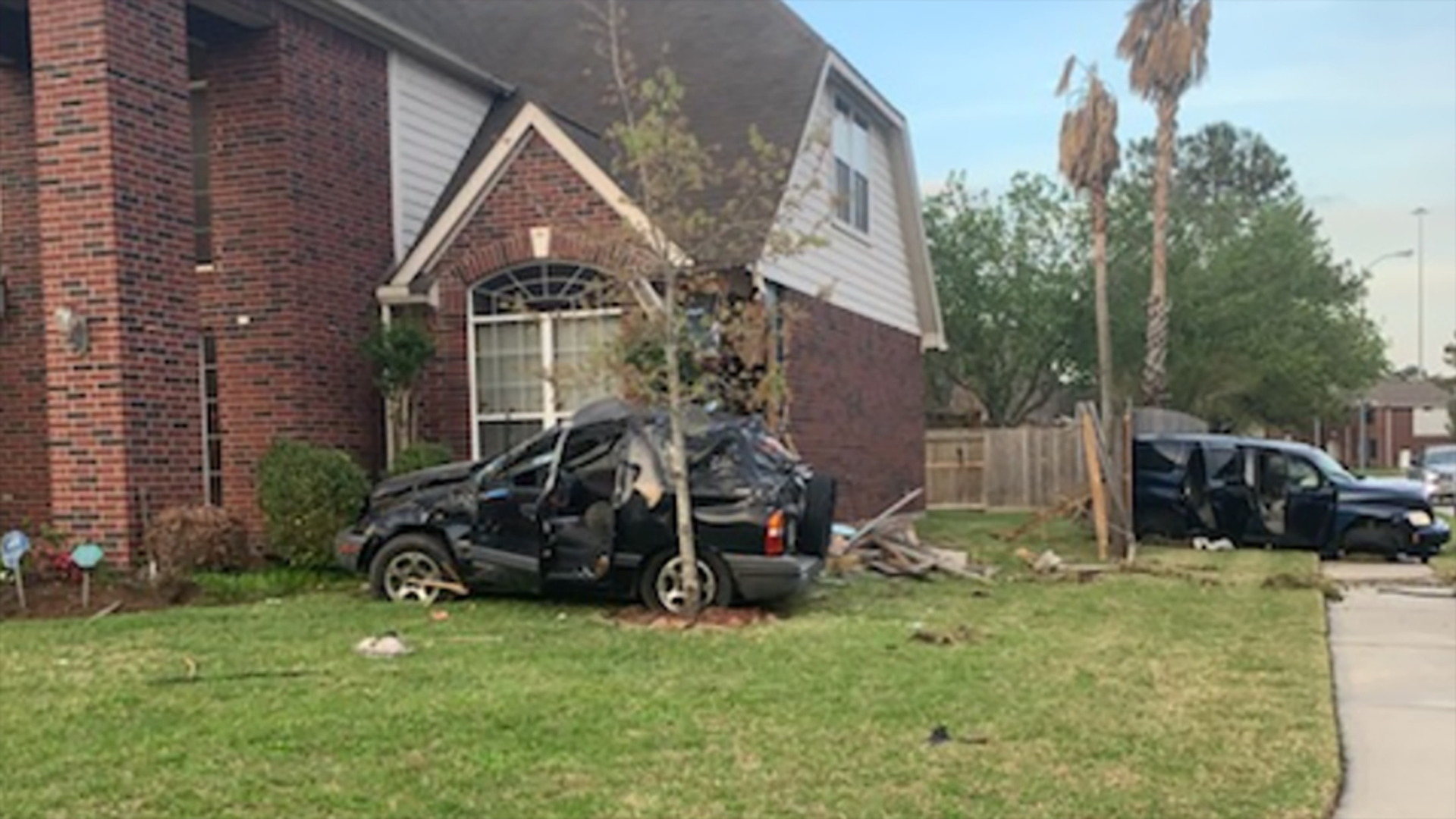 HOUSTON — Two men and two women face serious charges after a road rage chase that ended with a violent crash into a home in Spring Tuesday night.

The suspects were involved in a shootout during the chase, according to Precinct 4 Constable Mark Herman.

He said four bullets were fired into an SUV carrying a 4-year-old child and three adults. No one was hit.

Hermann said Kristi Coker, the child’s mother, fired back into an SUV driven by Justin Bryant.

Sarah Cogswell then rammed the SUV into Bryant’s vehicle causing both drivers to lose control, according to Precinct 4.

That’s when Bryant crashed into a home on Drywood Crossing Court owned by a single father of 6-year-old twins and a 1-month-old baby. The man said he and his children were playing on the sidewalk when they saw the vehicles speeding down the street, flip and slam into his home.

The SUV driven by Cogswell crashed into the homeowner’s fence on Drywood Crossing Court.

The suspects and child in the vehicles were checked out by EMS at the scene before the adults were arrested on the following charges:

Justin Bryant: Aggravated assault with a deadly weapon; felon in          possession of a weapon

Precinct 4 initially said the vehicles were racing but later updated that report. 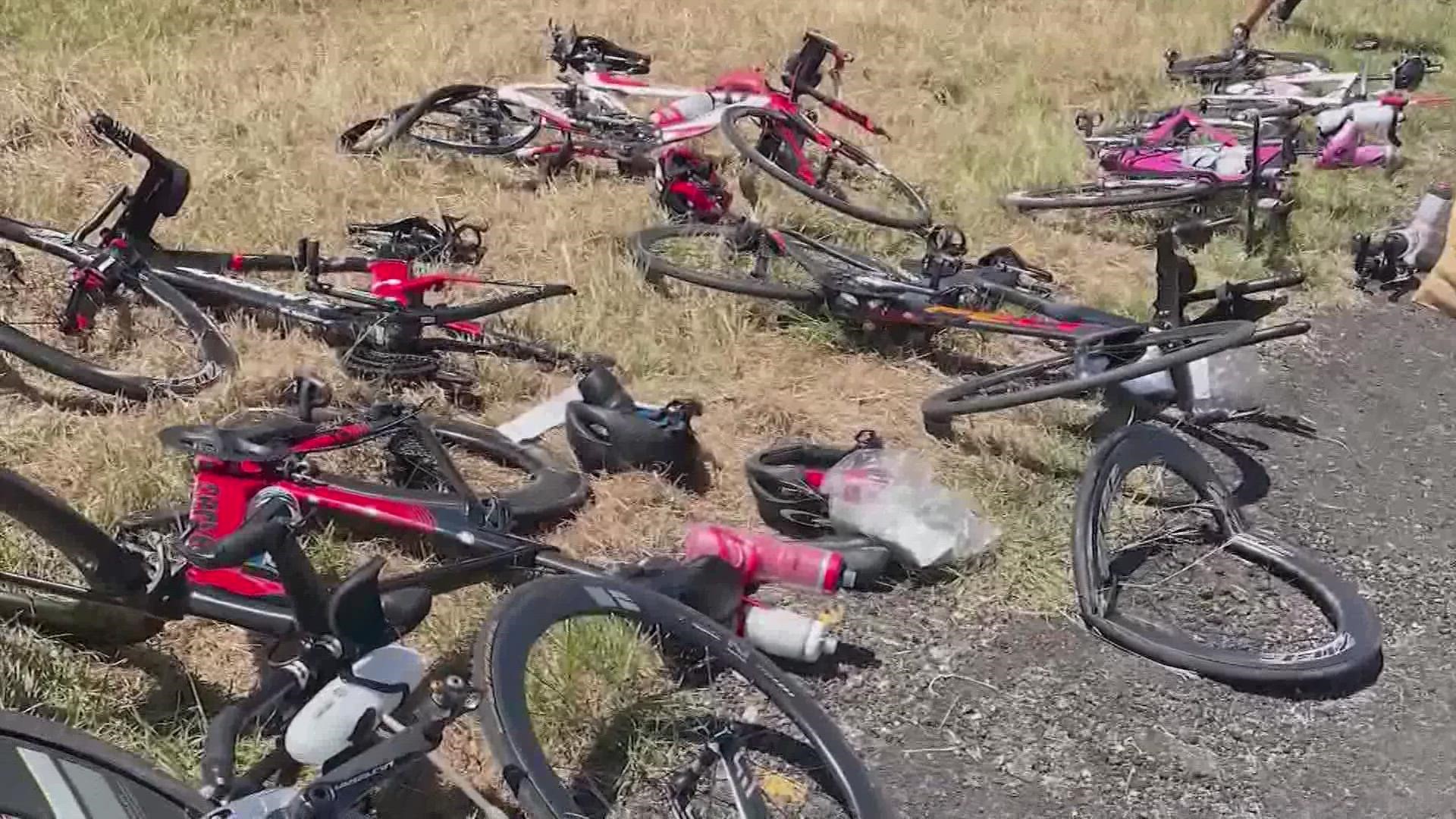