More than 1,000 miles away from Michelle Cummings' Spring home, the community in Annapolis, MD, has raised $30,000 in reward money to help catch her killer. 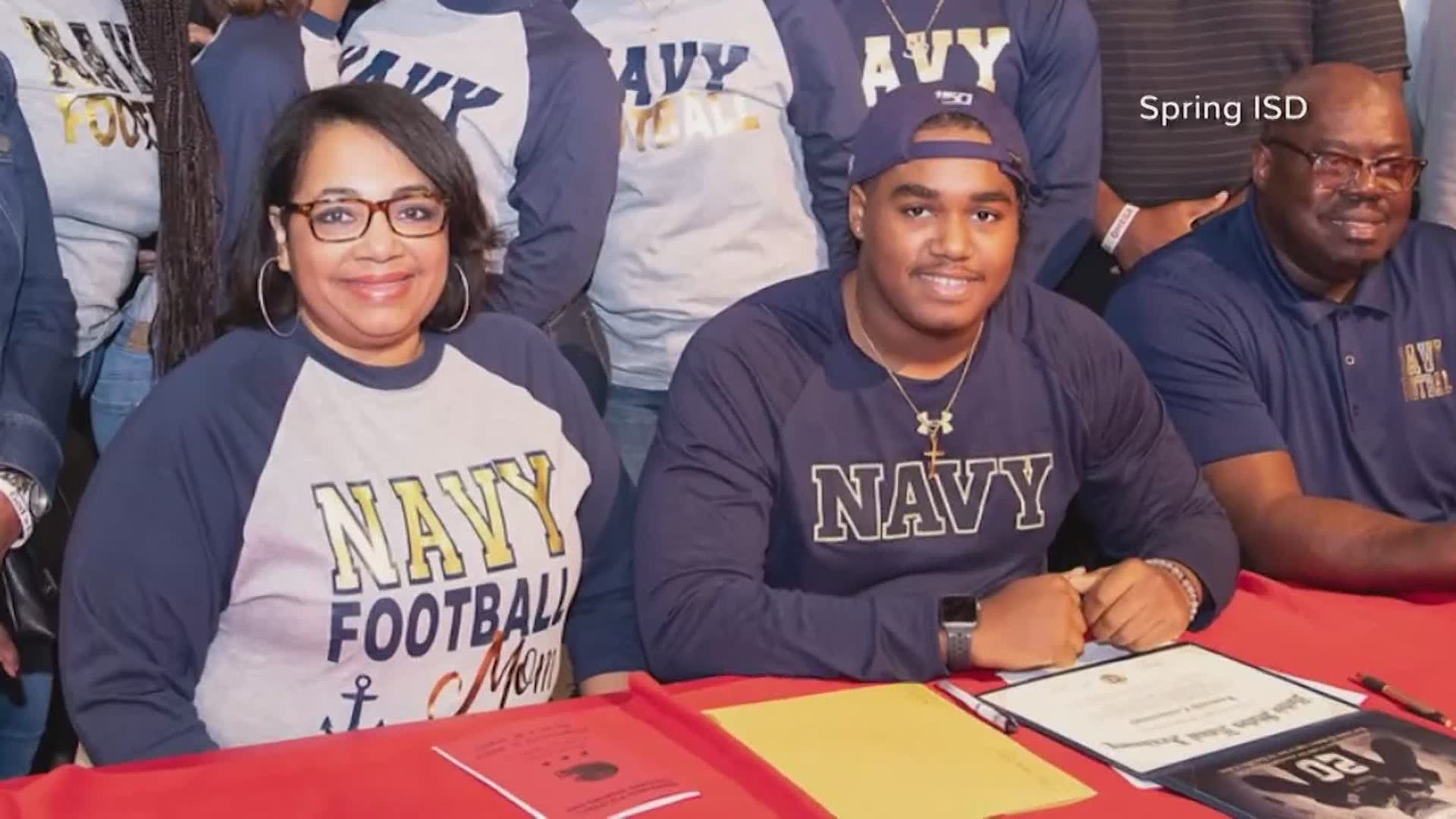 ANNAPOLIS, Md. — The funeral for Michelle Cummings will be held in Louisiana on July 16. The Spring mother was shot and killed on June 29 while she was dropping her son off at the Naval Academy in Annapolis, Maryland.

RELATED: Houston woman in Maryland to drop son off at Naval Academy killed by stray bullet

Nearly 1,300 miles away from her Spring home, there is a community of people, most of whom didn’t even know Cummings, that has raised $30,000 in reward money to help find her killer.

Annapolis police said Cummings was shot and killed on the front patio of the hotel at which she was staying. Investigators said they think she was killed by a stay bullet from a nearby shooting. There have been no arrests made in connection to the case.

Cummings was in Annapolis to bring her son to the United States Naval Academy. Midshipman Leonard Cummings III went to Spring ISD’s Westfield High School and was recruited to play football at the Naval Academy.

Currently, a reward fund is growing and it has been spearheaded by the Annapolis Police Foundation.

Chairman of the foundation, Peter Grimm, who is also an alumnus of the Naval Academy, said the fund was started after an anonymous Naval Academy alumni contacted him wanting to donate $20K. Since then, other alumni, community members and local restaurants in Annapolis have also pitched in and the fund currently sits at approximately $30K.

“Somebody knows something,” Grimm said. “So, we are hoping that these funds will provide that incentive to make a break in the case. We may not have known her in person or had the privilege of having met her, but certainly, Midshipman Cummings is now a Midshipman at the Naval Academy, and he is part of our family.”

“We took this personally. This is an attack on our family and so we all went to see justice done for Midshipmen Cummings and his family,” Grimm said.