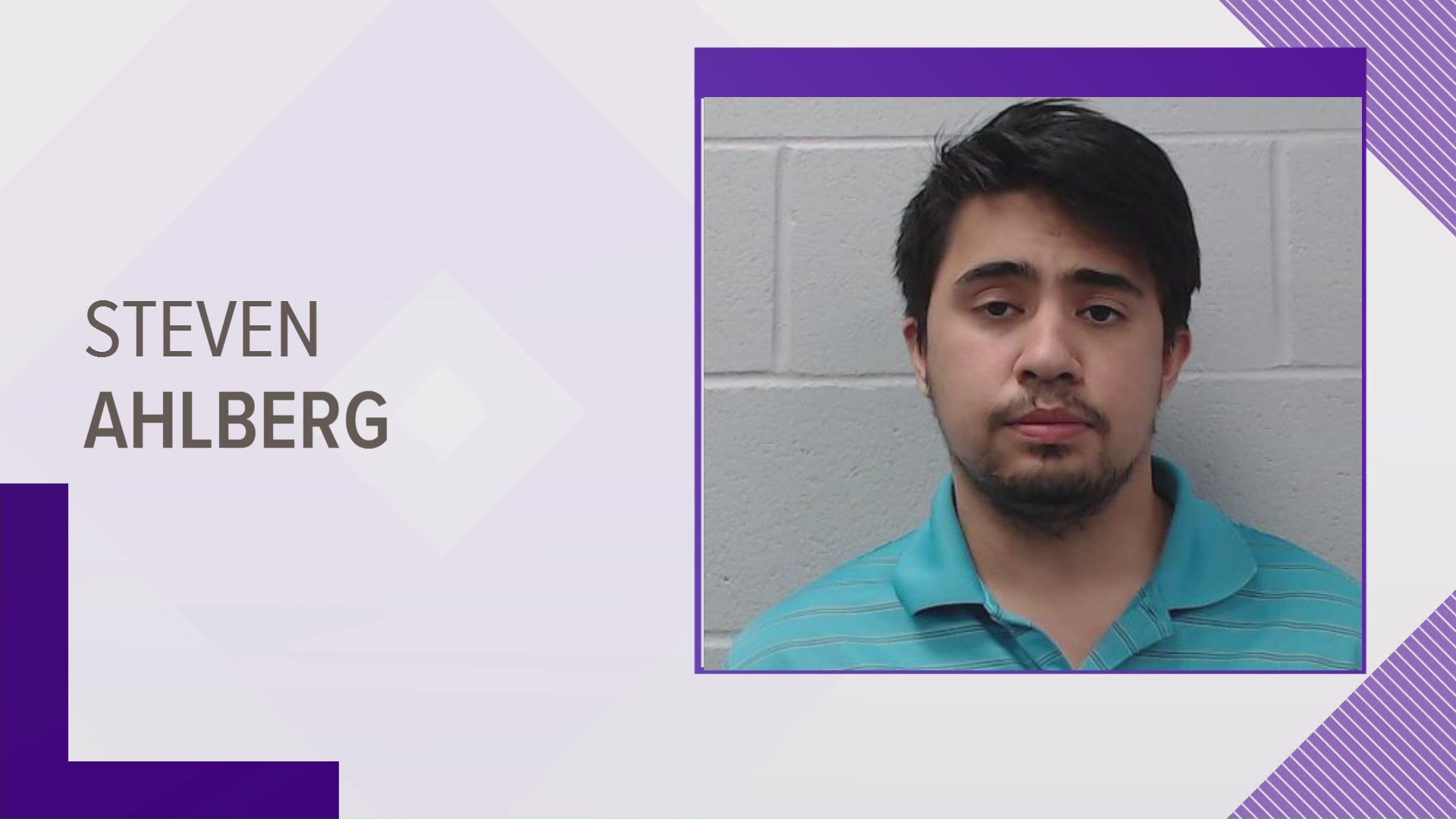 AUSTIN, Texas — The Austin Police Department is seeking to identify more potential victims after arresting a local day care worker under charges of aggravated sexual assault of a child.

Police said 20-year-old Steven Ahlberg, an employee of Reggio Emilia Multilingual Preschool Academy on McCarty Lane, was apprehended on Friday morning without incident at his home in Kyle, Texas, and was taken to the Hays County Jail. The U.S. Marshals-led Lone Star Fugitive Task Force assisted with the arrest.

Police began investigating after an 8-year-old child on Nov. 19, 2020, told her grandmother that she had been sexually abused at her day care by "Mr. Steven" after seeing a similar scene on TV. She said it happened on multiple occasions at the academy. Police said the abuse happened between November 2017 and October 2018 when she was five years old. According to an affidavit, the victim said that "Mr. Steven" told her to keep quiet about the abuse. Officials said that multiple sources confirmed the only person that could have been known as "Mr. Steven" during that time frame would have been Ahlberg.

In a press conference Friday afternoon, Detective Darrel Lambert said Ahlberg started at the day care as a volunteer in 2016 and eventually moved on to a role as a relief teacher. His roles included most tasks at the day care, such as preparing meals and watching children when needed.

Ahlberg's parents own the day care and Det. Lambert said they have been cooperative with the investigation. At this time, there are no indications of wrongdoing on their side, he said.

Lambert said Ahlberg did admit to sexual contact with this victim, apparently not expressing any sense of remorse. He did not admit to any other sexual contacts involving other children.

At this time, police said no other potential victims have come forward. However, the APD provided the following tips to help guardians discuss the subject with their children:

"APD understands that some parents will want to start conversations with their children as a result of this information. If parents decide to start those conversations, APD recommends that they start as broad conversations about body safety. A parent might ask, for example, 'Do you know what parts of your body should stay private? If anybody ever did something that made you worried about those parts, you could talk to me. You wouldn’t be in any trouble.' It would not be appropriate to single out Steven Ahlberg or any other employee of the school in a direct question to a child. If the child brings a specific person up of their own accord, then the parent could follow up on that."

The Texas Department of Family and Protective Services lists 20 deficiency citations at the day care within the last five years. Seven were considered "high" and 10 were "medium-high."

According to property tax records, the day care may have previously been known as "Kids Campus Learning Center."