For more than two hours, authorities worked to de-escalate the situation Sunday evening. 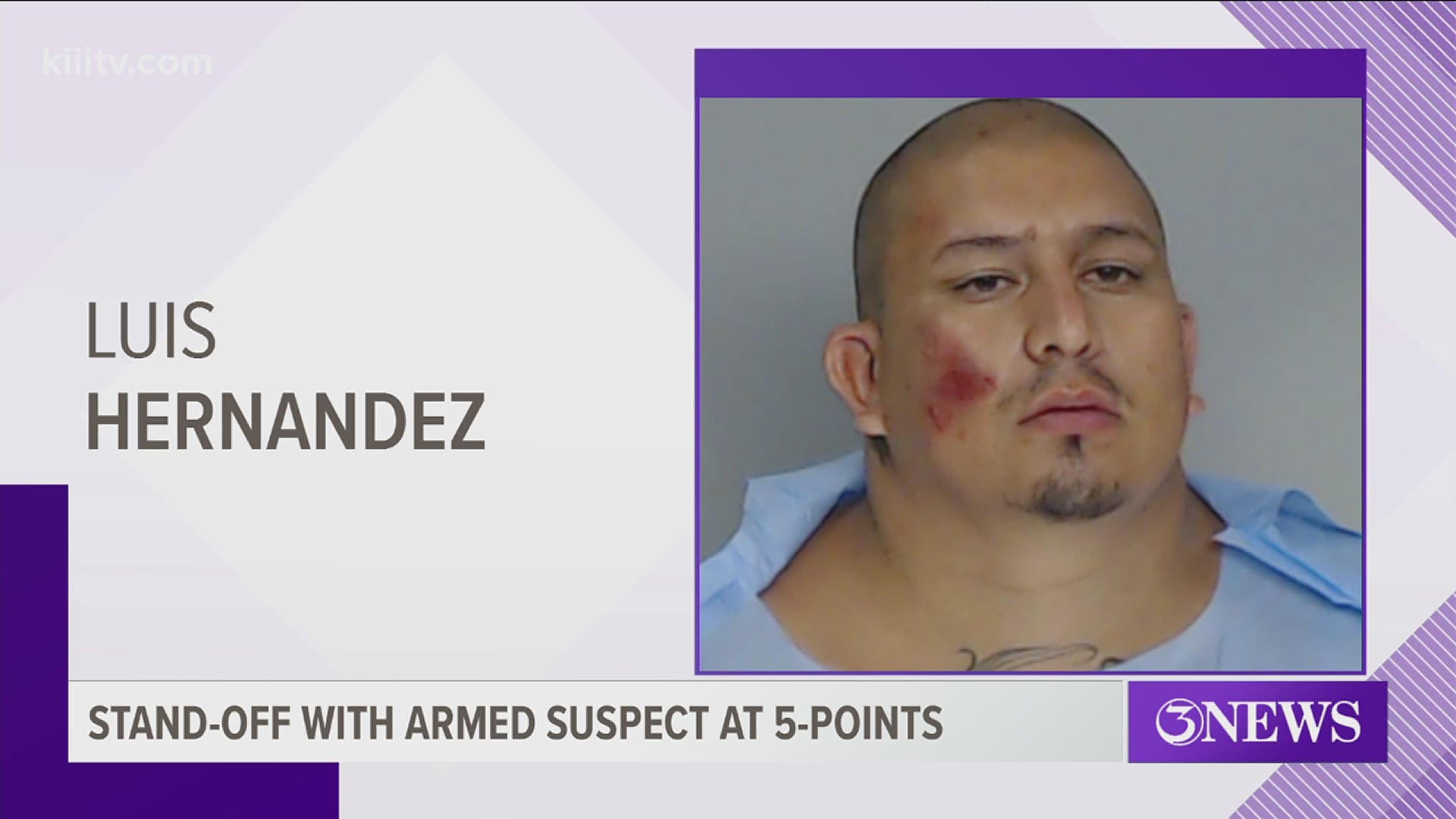 CORPUS CHRISTI, Texas — 27-year-old Luis Hernandez was arrested Sunday evening after a standoff on the 13000 block of Northwest Boulevard in the Five Points area of Calallen. Hernandez is now facing several charges after the incident.

Around 3 p.m., officers were called out to a person threatening suicide near Five Points. Police say while officers were in route, the call was upgraded to shots fired near a Popeye's Restaurant.

Police say Hernandez barricaded himself inside a vehicle in front of the parking lot of Popeye's and appeared to be armed. A SWAT Team was called to assist as they worked to de-escalate the situation, according to police.

For more than two hours, authorities worked to take Hernandez into custody. He was arrested at approximately 5 p.m., according to police.

Click here for a link to the full police report.