Houston police need help solving the sexual assault of a young woman before it happens again. 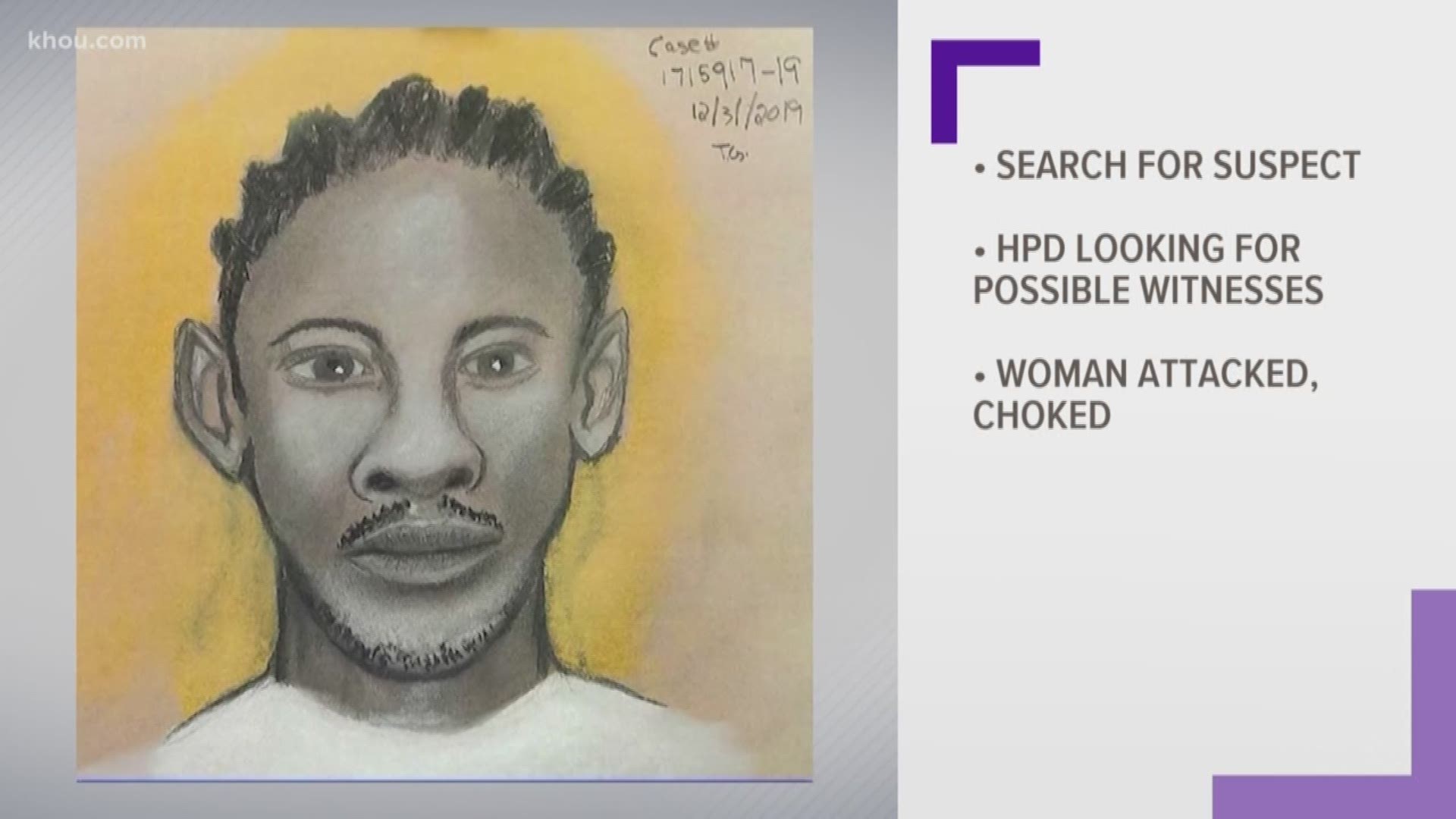 They want to question a possible witness who may have seen the victim and suspect near the 8000 block of Buffalo Speedway.

The 19-year-old woman was walking home after having dinner with family and friends at a restaurant near Buffalo Speedway and the South Loop.

She took South Main to Murworth before heading north on Buffalo Speedway.

At one point, detectives say the victim felt like she was being followed.

She turned around and saw him but he was at a safe distance,” Detective R.D. Daniel III said. Within minutes, the suspect grabbed the woman from behind and began choking her until she lost consciousness.

The victim told police a driver stopped near the light at South Braeswood and asked if anything was wrong.

“No, we’re friends. We’re good,” the suspect told them.

He then dragged the woman behind some bushes between two houses where he sexually assaulted her.

Police say he repeatedly punched and kicked the victim in the face before stealing her wallet and cell phone.

"I got a knock on my door and a young lady she was asking for help," said Olga Morgan a resident of the area. "She was in shock, she was a young girl trying to go home in Bronson."

Police released a sketch of the suspect with hopes someone may recognize him. He is described as a a black man who is between 17 to 25 years old. He is about 5 feet 5 inches tall and weighs approximately 150 pounds.

The suspect was wearing a white shirt and white pants at the time of the assault, and his hair was braided.

One woman came forward and said she’d noticed a man in all white walking up and down Murworth near Main.

Detectives hope to talk with anyone else who may have seen the suspect, including the witness in the car..

If you recognize this man or have any information on this case, please call Crime Stoppers at 713-222-TIPS (8477).