Police need help identifying woman who hit, killed pedestrian and then drove away

Houston police released surveillance video of the incident with hopes someone can identify the car and the suspect involved. 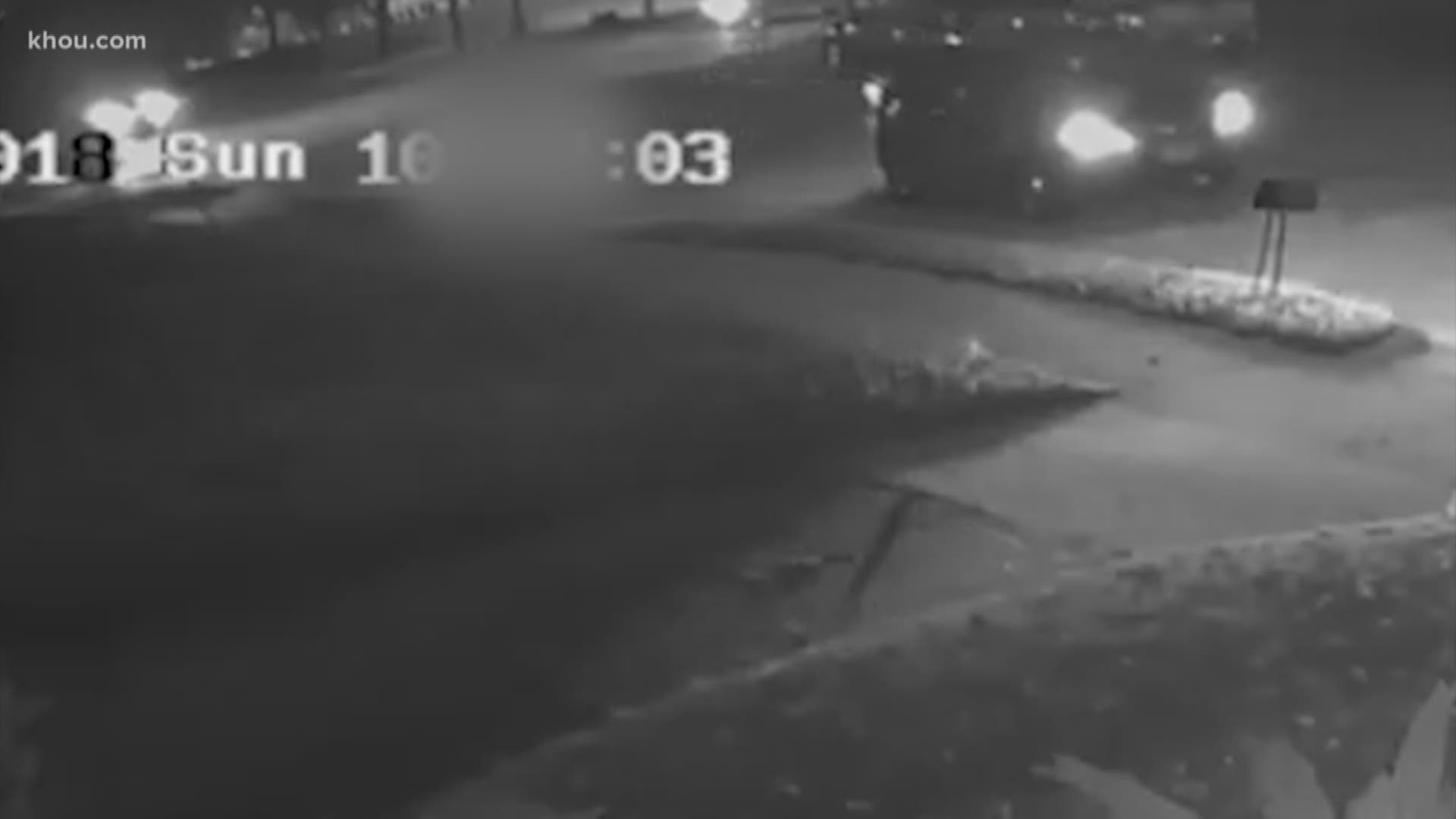 HOUSTON — Police are hoping someone can identify the woman responsible for a fatal hit-and-run crash that happened in southwest Houston in 2018.

On Dec. 2, Emma Lopez, 68, was walking along a crosswalk near the 9600 block of Stroud Drive when she was struck by a small, dark colored SUV.

The driver of the SUV, who police said is a woman, stopped after striking Lopez, turned on her hazard lights and got out of her vehicle, according to police. She then walked towards Lopez who was lying in the street.

Police said the woman got back into her vehicle and appeared to make a phone call. She then drove forward a short distance and stopped a second time before she drove away.

Lopez was pronounced dead on scene.

Houston police released surveillance video of the incident with hopes someone can identify the car and the suspect involved.