Young woman killed at Houston Mattress Firm over the weekend

The 28-year-old woman was found in the back office of the Mattress Firm near Willowbrook Mall. 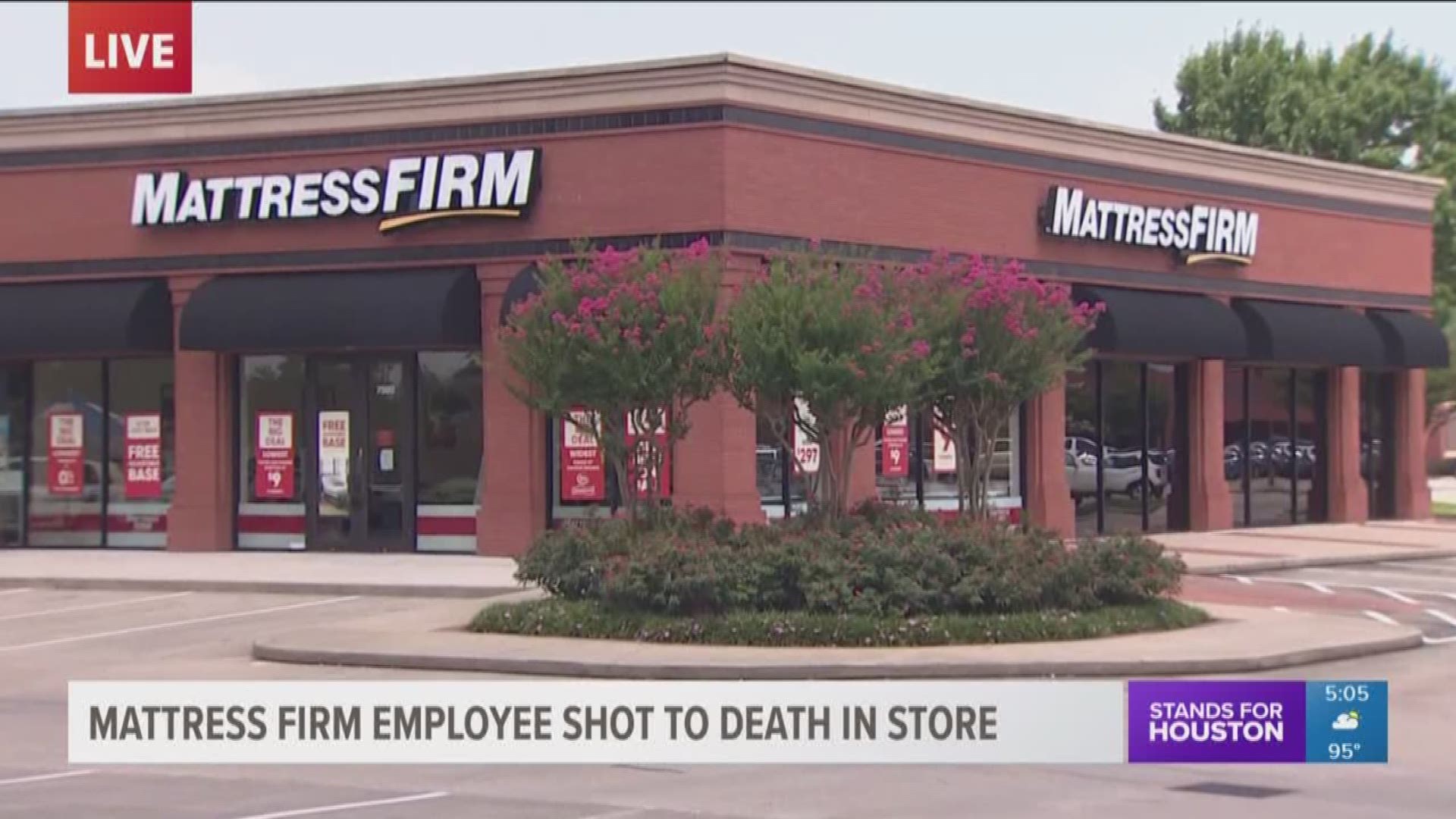 HOUSTON – Police are investigating the death of a female employee whose body was found with a gunshot wound inside a Mattress Firm near Willowbrook Mall in northwest Houston over the weekend.

According to the Houston Police Department, the 28-year-old Allie Barrow was found in the back office of the Mattress Firm at 7592 FM 1960 West around 7 p.m. on Saturday.

On Saturday, the manager of this @MattressFirm at 7592 FM1960 found an employee shot and killed at inside the store. @houstonpolice investigating it as a homicide. Store remains closed. #khou11 pic.twitter.com/NiZpPru3F2

HPD says her body was discovered by the store manager. They do not have a motive in the homicide, but the death is under investigation.

The store will remain closed until investigators determine what exactly happened.

“We're deeply saddened to learn that one of our team members was found deceased at a store in Houston. We send our sincere condolences to this team member’s family, friends and loved ones. We are cooperating fully with law enforcement. Out of respect for the person involved, her family and the ongoing investigation, we will offer no further comment at this time.”

We are deeply saddened by what happened in Houston. We ask that everyone please show respect to the deceased and her family. At this time, we are offering no further comment.

Sarai Roman works as an ultrasound technician at the Memorial Hermann Imaging Center.

“I’ve heard about robberies around here and stuff like that but nothing about someone being found dead. It’s pretty scary.” said Roman.

It’s a scary feeling shared by many like Veronica Espinosa who works near the Mattress Firm.

Espinosa said, “I work around here. I’m not too far from here as far as living so anything I do we do in this area and it’s never been to where we have to look over our shoulders or feel insecure. Never.”

Roman added, “I mean I never thought about someone getting killed or anything around here.”

Until authorities figure out what happened Roman said she will take the necessary steps to feel safe.

“Stay on the lookout. Whenever you see people walking by, just be careful,” Roman said.

HPD detectives are also investigating the death of a man who's body was found inside of a Mattress One on Monday.

Detectives said they believe these two cases are linked to the murder of a woman in her Cypress home on Friday. Investigators found her car at Willowbrook Mall on Saturday.

“Our hearts are heavy after hearing of another senseless act of violence at a peer mattress company in Houston on the heels of this weekend’s tragic event. Out of an abundance of caution and for the safety of our associates, we are closing Houston-area Mattress Firm stores until we can more fully assess the situation. As the safety of our employees is paramount, we are working diligently to implement additional security measures for further protection of our employees. If you have any information about the suspect at large, please contact the Houston Police Department Homicide Team at 713-308-3600.”

If you have any information about any of these cases, you’re urged to call Crimestoppers at 713-222-TIPS.