The suspect in a high-speed chase was killed when he crashed into a pole and his vehicle went up in flames, according to HCSO. 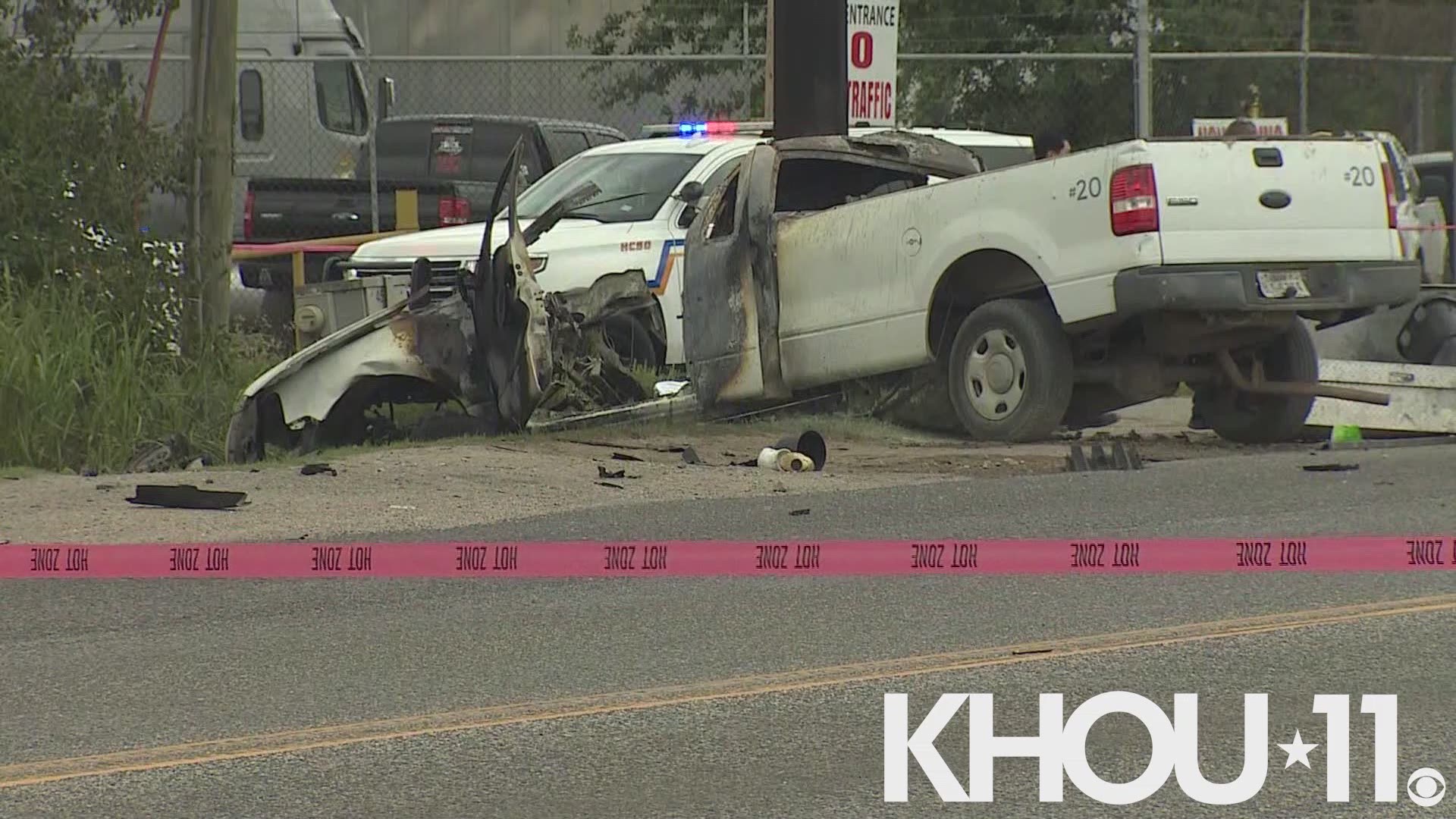 HOUSTON — A high-speed chase in northeast Houston ended in a fiery crash when the suspect slammed into a pole Tuesday afternoon.

The suspect, whose identity has not be released, was trapped inside the vehicle and died at the scene, according to the Houston Police Department.

Harris County Sheriff's Office said deputies were chasing him because he was driving a stolen Ford F-150 pickup truck. They say he took it from his employer last night and GPS helped them track it down Tuesday.

Officers spotted the vehicle on John Ralston Boulevard and signaled the driver to pull over but he fled instead.

The chase only lasted about four minutes before the suspect lost control and crashed, causing the vehicle to burst into flames.

No one else was hurt.

Houston police are investigating since it happened in the city limits.

Credit: KHOU11
A high-speed chase in northeast Houston ended in a fiery crash when the suspect slammed into a pole.

.@HCSO_D3Patrol deputies were involved in a pursuit of a stolen vehicle when the suspect crashed into a pole at the 4500 block of McCarty, where the vehicle engulfed in flames. The suspect was confirmed deceased on the scene. Investigators are en route to the scene. #hounews pic.twitter.com/OEJIjyf0qK