The sergeant was flagged down by a security guard who said the suspect punched her and stole her gun. 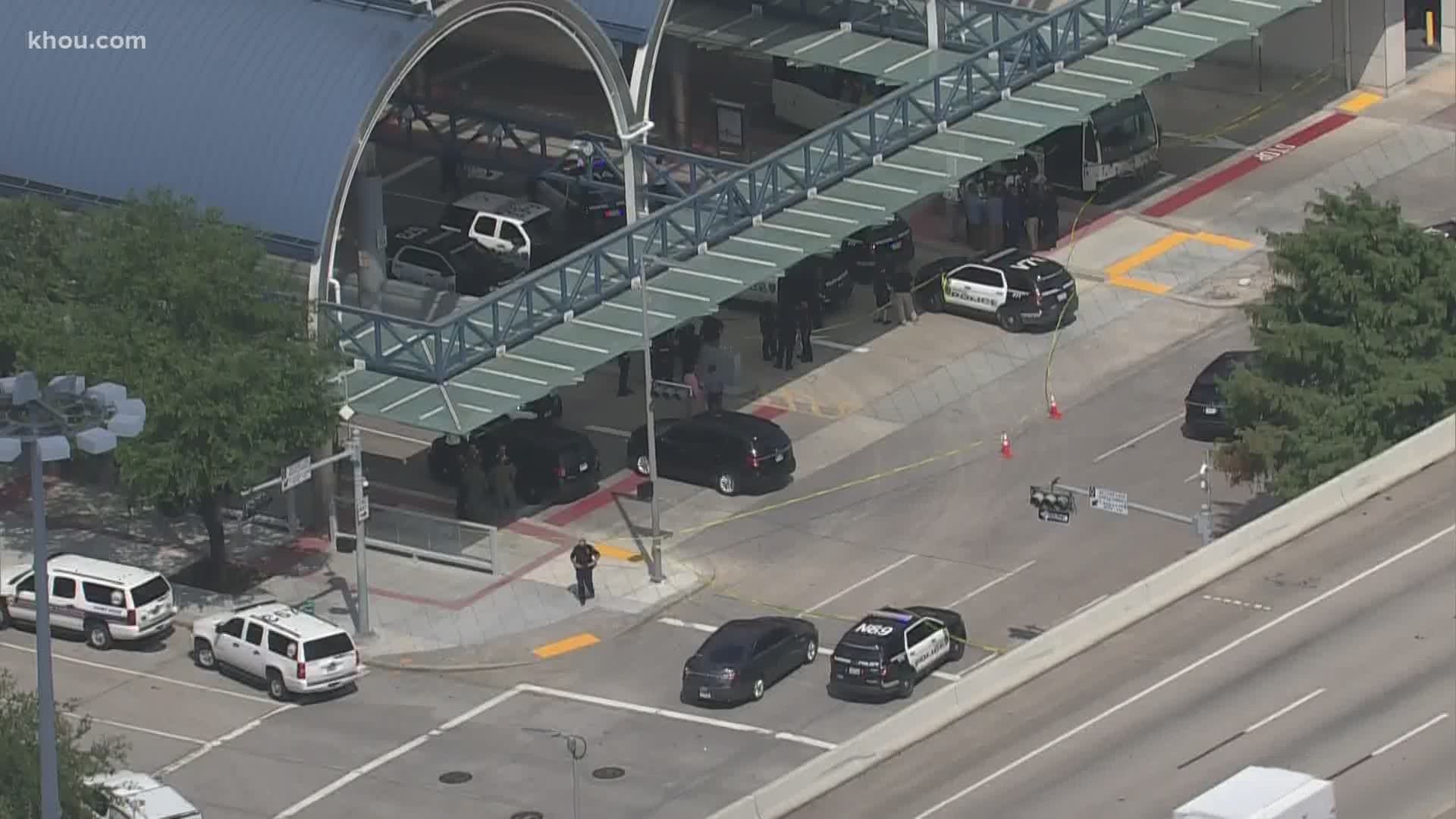 HOUSTON — A man was shot to death Tuesday by a Houston Police Department sergeant who had just gotten off work, according to Houston Police Chief Art Acevedo.

Ashton Broussard, 30, is accused of punching a security guard, stealing her gun and getting on a METRO bus that had passengers on board.

After being disarmed, the security guard alerted an off-duty HPD sergeant, who had just dropped his vehicle off at a nearby service station.

The sergeant was able to get the driver and three passengers off the bus safely.

Acevedo said Broussard was shot after he ignored the officer's commands and pointed the gun at him.

The shooting happened around 2 p.m. near the downtown METRO administration building in the 1900 block of Travis Street.

Broussard was struck several times and he died at the scene.

The security guard was treated for a rib injury at the scene but is expected to make a full recovery. No one else was hurt.

Acevedo said the sergeant is an 18-year veteran of the force and works with the port security unit. He has been placed on administrative duty during the investigation into the shooting, which is protocol.

The Downtown Transit Center was closed and several bus routes were altered due to the shooting.

Chief @ArtAcevedo and commanders are on scene of an HPD officer-involved shooting at 1900 Travis St. Preliminary info is the suspect was struck and is deceased. No officers are injured. Additional information to be released at the scene. PIO is en route. #hounews