The driver has been arrested and charged with failure to stop and render aid. Additional charges are possible. 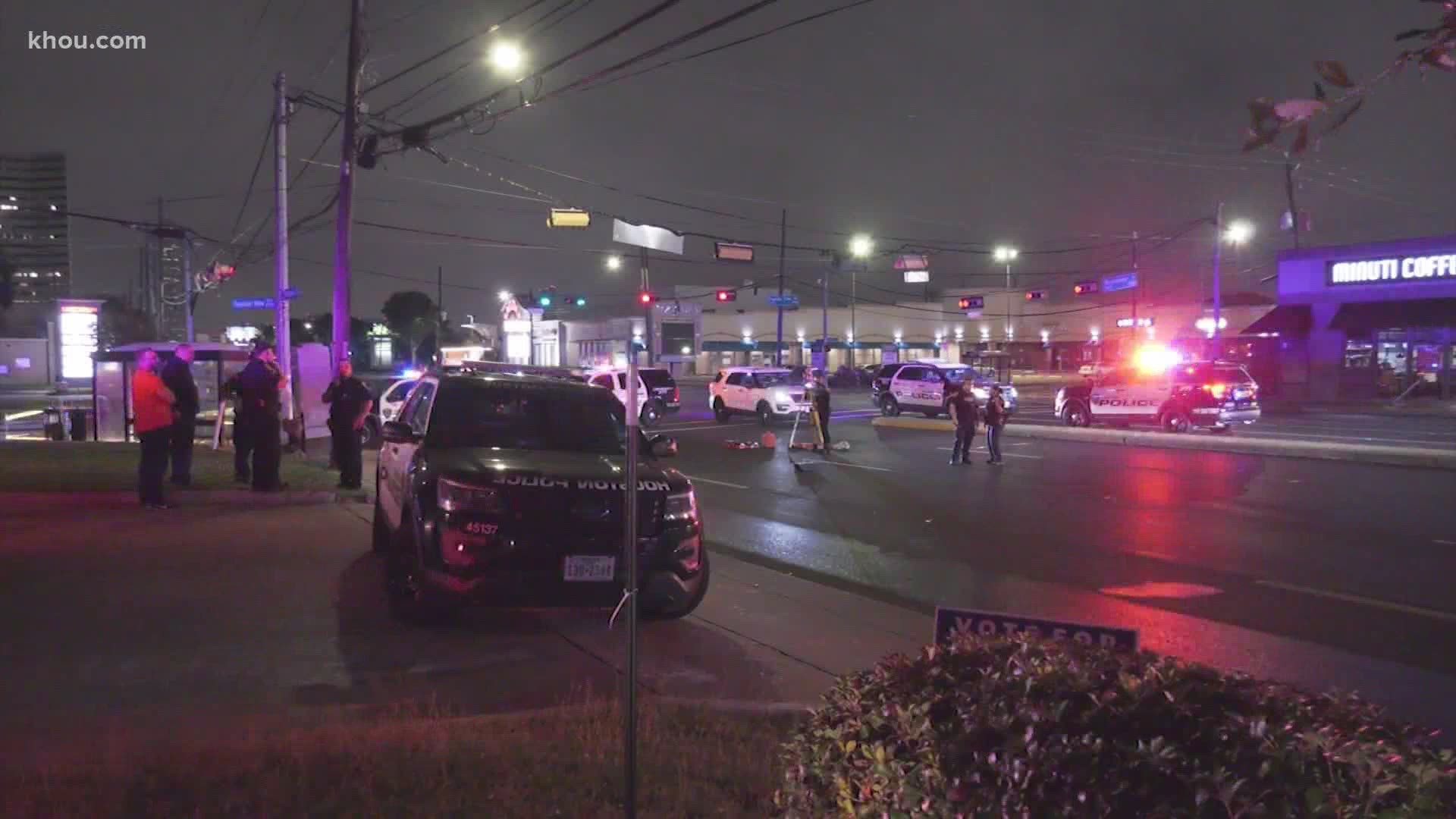 HOUSTON — A pedestrian is dead after being hit by a vehicle whose driver trying to beat a red light on Westheimer and Fountain View, according to the Harris County District Attorney's Office.

Sean Teare with the DA's office says the driver was traveling at a high rate of speed and blew through the intersection, hitting the pedestrian who was crossing the crosswalk.

Teare said the impact of the crash caused the pedestrian to be "thrown over 100 feet in the air."

Midwest officers are on a fatality crash at Westheimer and Fountain View. Vehicular Crimes Division is enroute the location. Avoid the area. #hounews #houtraffic
CC13

The driver did not stop after the crash, though he was later stopped by police roughly a mile past the crash scene.

Another driver who witnessed the incident was able to flag down a patrol vehicle and tell an officer about the crash. That officer then tracked down the suspect on Hillcroft.

The suspect has been charged with failure to stop and render aid, which is a second-degree felony. Teare said more charges are possible, potentially an intoxication manslaughter charge.

Neither the suspect nor victim has been identified.

Teare stressed that the past 24 hours have been very busy for crash investigators.

“This is the latest in a 24-hour period that we’ve seen at least six people die on our roads and over the next few days we may have as many as two more die in crashes that have already happened.”

This story will be updated with more information as it comes in.