At least 5 horses found butchered in Pearland area since May, police say

Detectives said, "Based on the circumstances, the likelihood that it might be the same person or group of people responsible is fairly high." 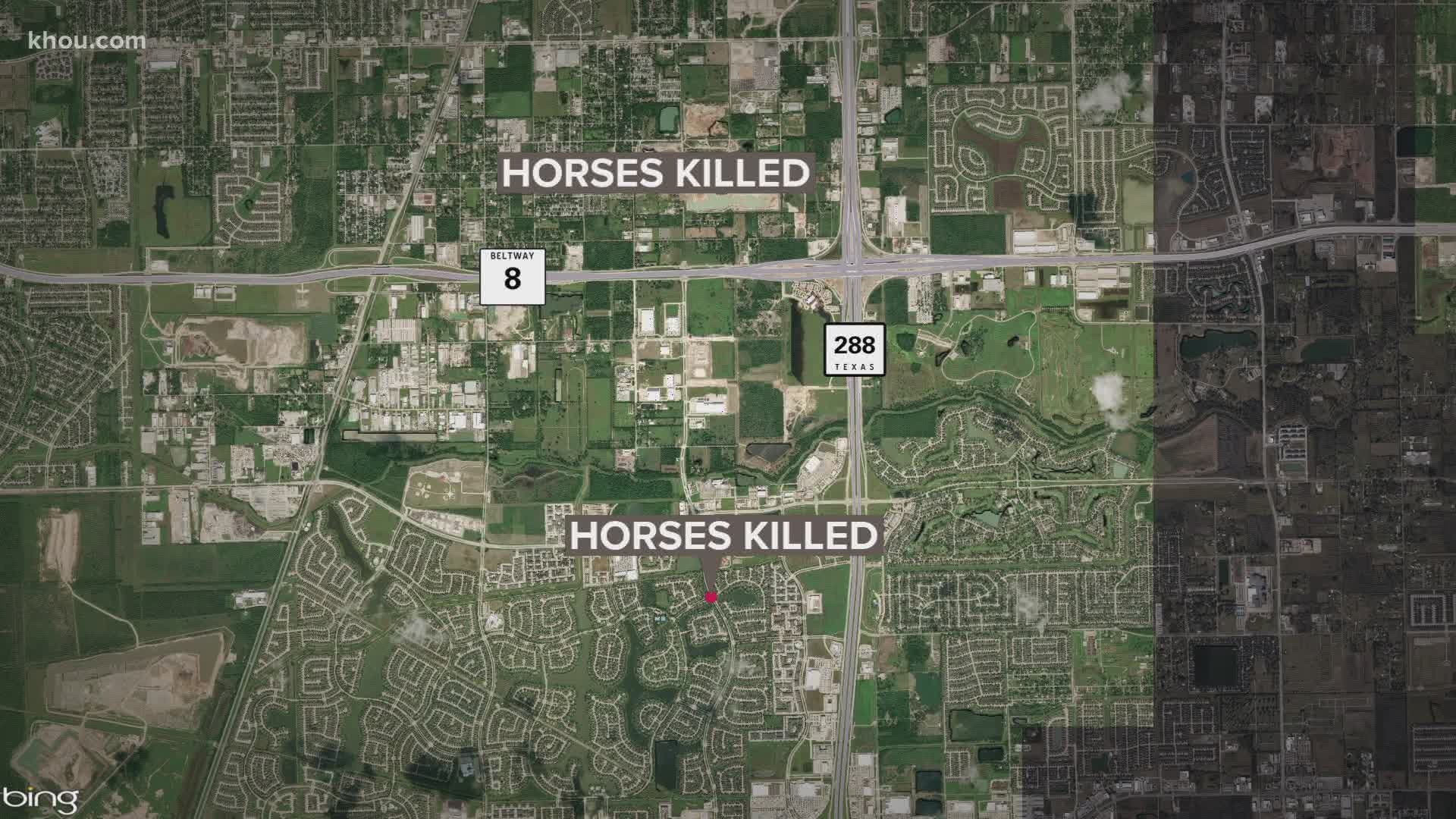 PEARLAND, Texas — The Pearland Police Department said at least five horses have been found killed and butchered in the Pearland area since May.

On June 10, Pearland police, along with Pearland Animal Services, were called to the 14000 block of Kirby Drive after a horse was found stabbed to death. Police said the suspects removed the horse's backstraps and the front and hindquarters leading investigators to believe the horse was killed for its meat.

On August 8, officers were called to the 14000 block of Hooper Road after a horse owner found two of her horses were missing and a part of her fence had been cut. The two missing horses were later found dead and butchered about half a mile away from the owner's property.

The backstraps and hindquarters were also removed from these two horses, according to police.

The department said they are also aware of two additional horses that were found slaughtered near the city along Beltway 8. One was killed on May 22 and the other on June 29.

Detectives said, "Based on the circumstances, the likelihood that it might be the same person or group of people responsible is fairly high."

Anyone with information regarding these animal cruelty cases is urged to call Detective J. Page at 281-997-4202 or email JPage@PearlandTx.Gov.

The Pearland Police Department is encouraging horse owners and residents to be vigilant and report all suspicious activities.