Police said they are investigating the crime as an attempted carjacking. Call 713-222-TIPS if you have any information. 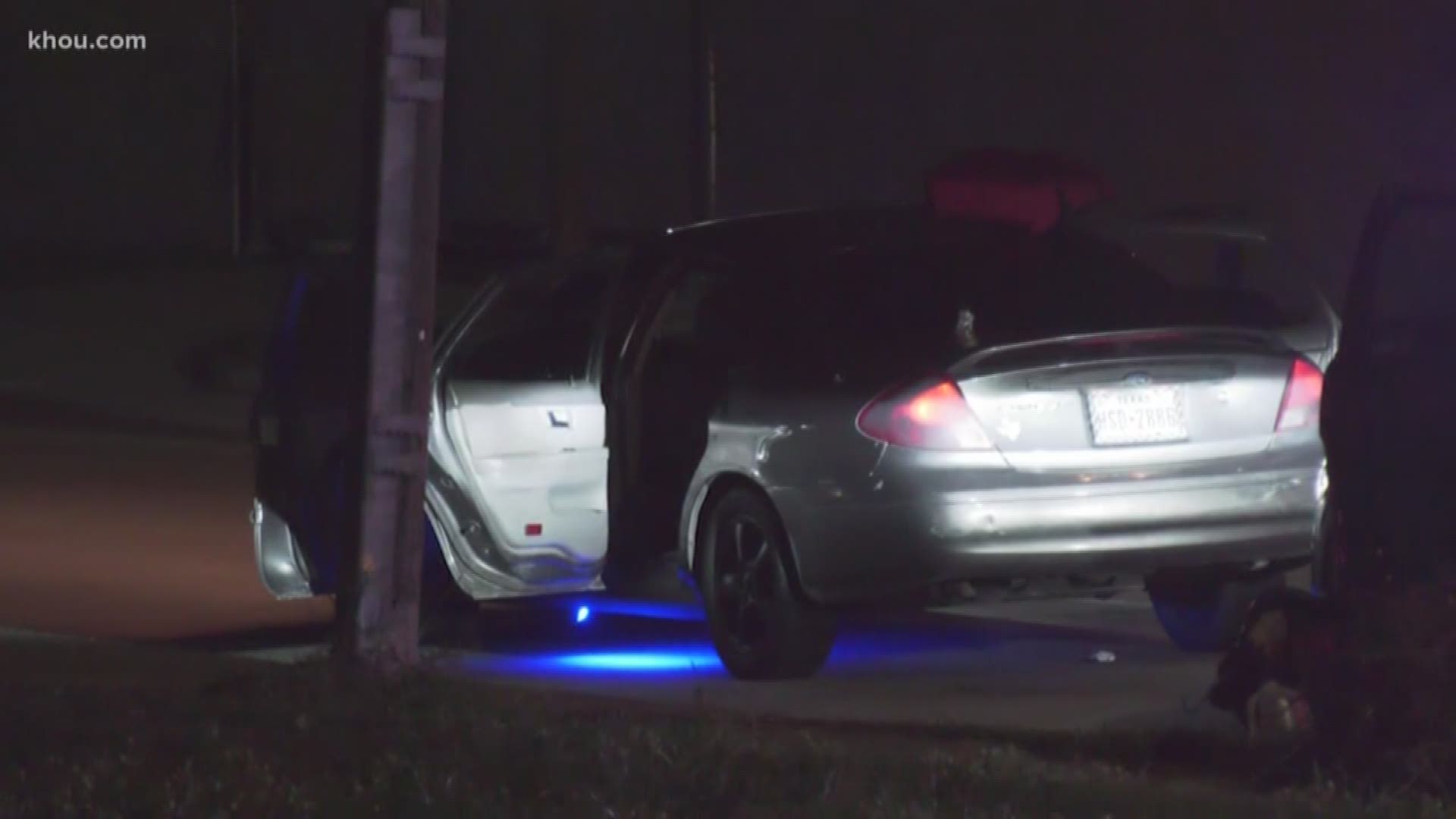 HOUSTON — A pizza delivery driver was held at gunpoint and forced to lead officers on a high-speed chase that ended in a crash southeast of Houston overnight, police said.

Houston police said the suspect’s child was in the backseat of the vehicle the entire time, and when he fled the scene he left the child behind.

Police said the incident started near I-10 and Gelnhorn at about 10:50 p.m. Tuesday when officers tried to pull over the pizza delivery driver. Police said the car wouldn’t stop as the suspect in the vehicle pointed a shotgun at the driver and told him to keep going, reaching speeds over 100 mph.

They led police from I-10 to 610 and then Highway 225. They eventually exited in Pasadena and crashed and the 700 block of Shaver.

That’s when the suspect fled the scene on foot, leaving the pizza driver and child behind.

For hours police set up a perimeter in the area looking for him with no luck. Investigators said they are still trying to piece together how the initial carjacking took place.

An ambulance was called to the scene but there’s no confirmation on injuries. No other vehicles were involved in the wreck.