The victim's parents say more security measures could have been in place to prevent the tragedy.

The parents of an 18-year-old who was fatally shot earlier this year at a basketball game filed a wrongful death lawsuit Friday against the Dallas Independent School District.

Marc James Strickland Jr. underwent surgery after being shot in the chest by another teenager at the Jan. 11 game between South Oak Cliff and Justin F. Kimball High Schools, police said in January.

The lawsuit filed in Dallas County says the district did not implement adequate security to ensure such a danger did not affect the students on its premises.

The district does not comment on pending litigation, a district spokesperson said.

Around 650 people were at the game and ran for safety as the shots rang out during the third quarter of the game. Video taken by WFAA showed people scrambling as Dallas ISD officers and Dallas police searched for the shooter just hours after the new South Oak Cliff High School was opened.

The next day, a 15-year-old turned himself in and would face a murder charge, Dallas police said.

The alleged shooter entered the premises with a gun without detection, the lawsuit said. 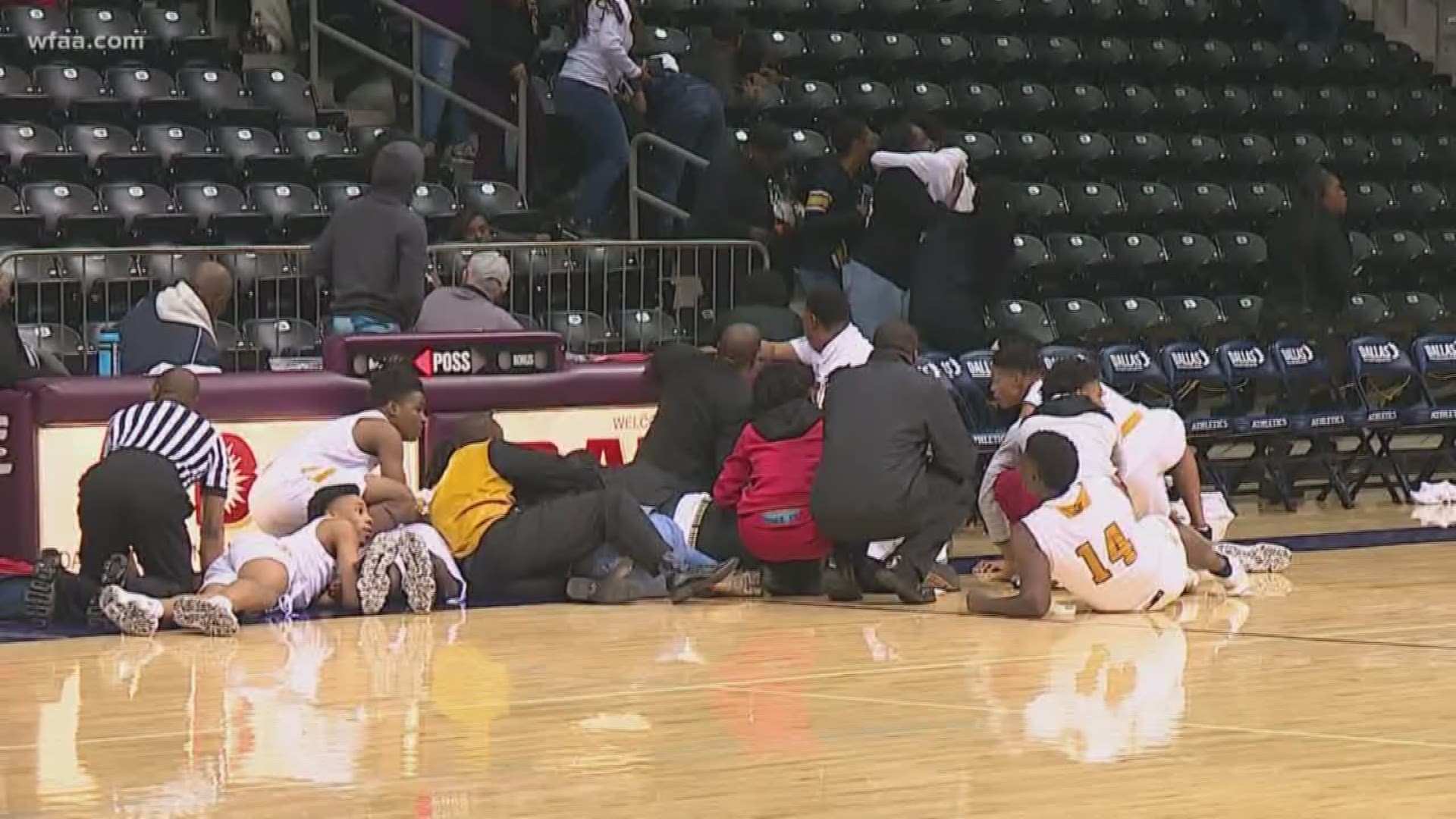 “Because DISD knew of the serious safety concerns and foreseeable risks of violence plaguing the neighborhood, metal detectors were installed at the facility, but were not properly functioning and in use on the date of the fatal shooting,” the lawsuit said.

“Marc Strickland, Jr. immediately began bleeding profusely from the gun-shot wounds and experienced horrific conscious pain and suffering as he bled out,” the lawsuit said.

He was hospitalized and later pronounced dead on Jan. 18, the lawsuit said.

The lawsuit alleges that the district’s negligent acts resulted in the injuries that caused Strickland’s death.

The lawsuit says the district should've had “reasonable security measures,” security personnel and reasonable protection from “foreseeable dangerous events” on the premises.

The lawsuit asked for a trial by jury.

Since the shooting, DISD has changed security measures at all sporting events.

No bags, purses or backpacks are allowed in any game arenas, Superintendent Michael Hinojosa said in a January news conference.