One person dead, another hospitalized after early morning police chase in southeast Houston

A suspect reportedly took off during a traffic stop and hit a concrete barrier, killing a passenger in the car. 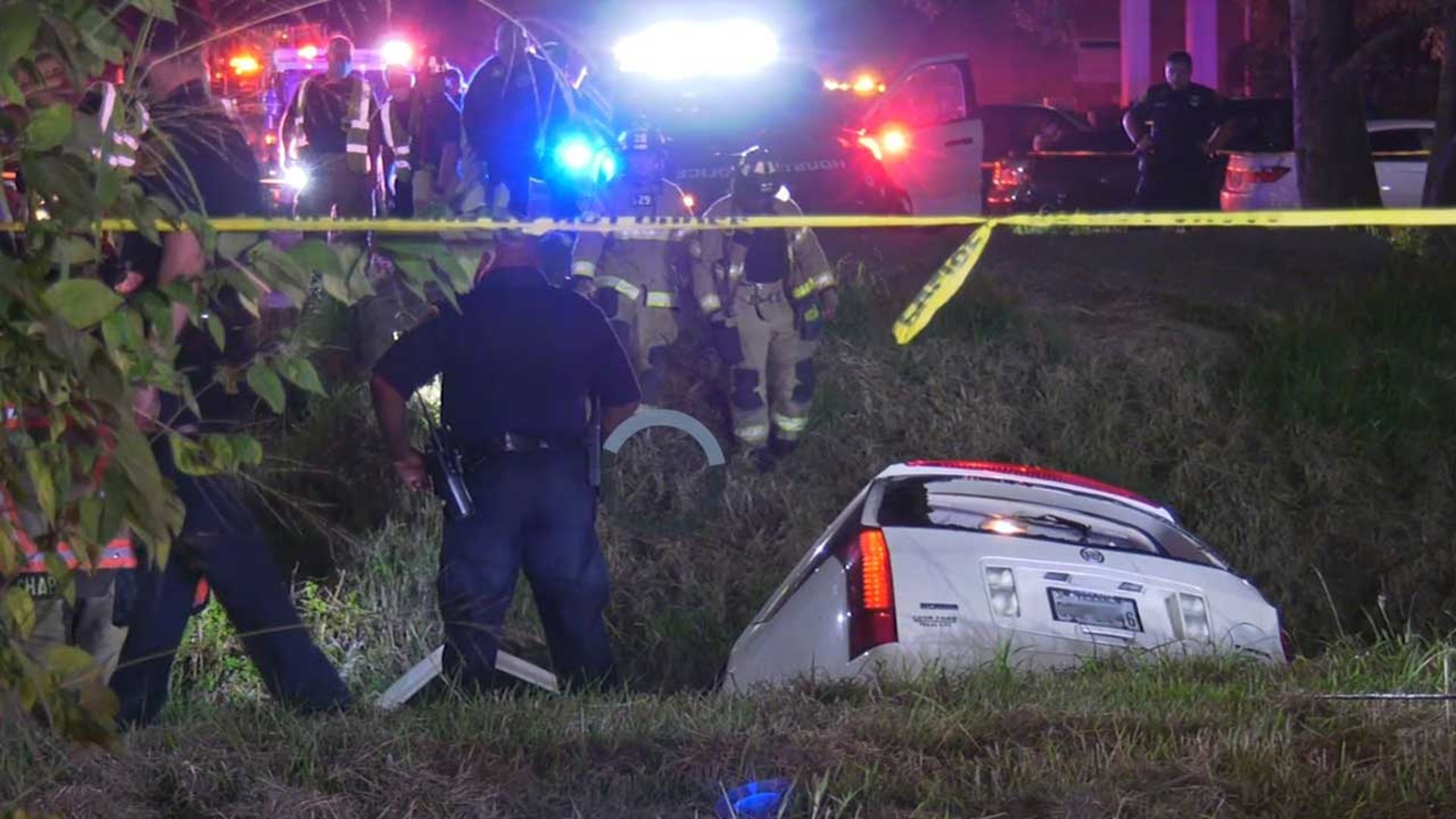 HOUSTON — One person is dead and another is in the hospital after a chase in southeast Houston early Sunday morning.

According to Houston police, it started around 3:30 a.m. when an officer noticed what appeared to be a drug deal happening at a gas station along the Gulf Freeway. That officer then followed the suspects when they left and noticed a couple of traffic violations.

The officer pulled the driver over and when that officer was approaching the car, he noticed something was thrown out. It was later found to be a pistol.

The suspects then took off, but didn't get far, hitting a concrete barrier at 8800 Bryam at the Gulf Freeway and went airborne.

A passenger in the suspect's car died on impact. The driver suffered what's believed to be a broken arm and was transported to Southeast Memorial Hospital.

Police say that suspect will face a felony murder charge.

. @Baimbridg1Wendy provides an update on a deadly vehicle pursuit that ended at 8800 Bryam and the Gulf Freeway. https://t.co/DCCMdkKORV

The officer hit the same barrier but only had minor injuries.