Officials say PCP, or "angel dust," often comes as a solution for users to dip cigarettes or joints. 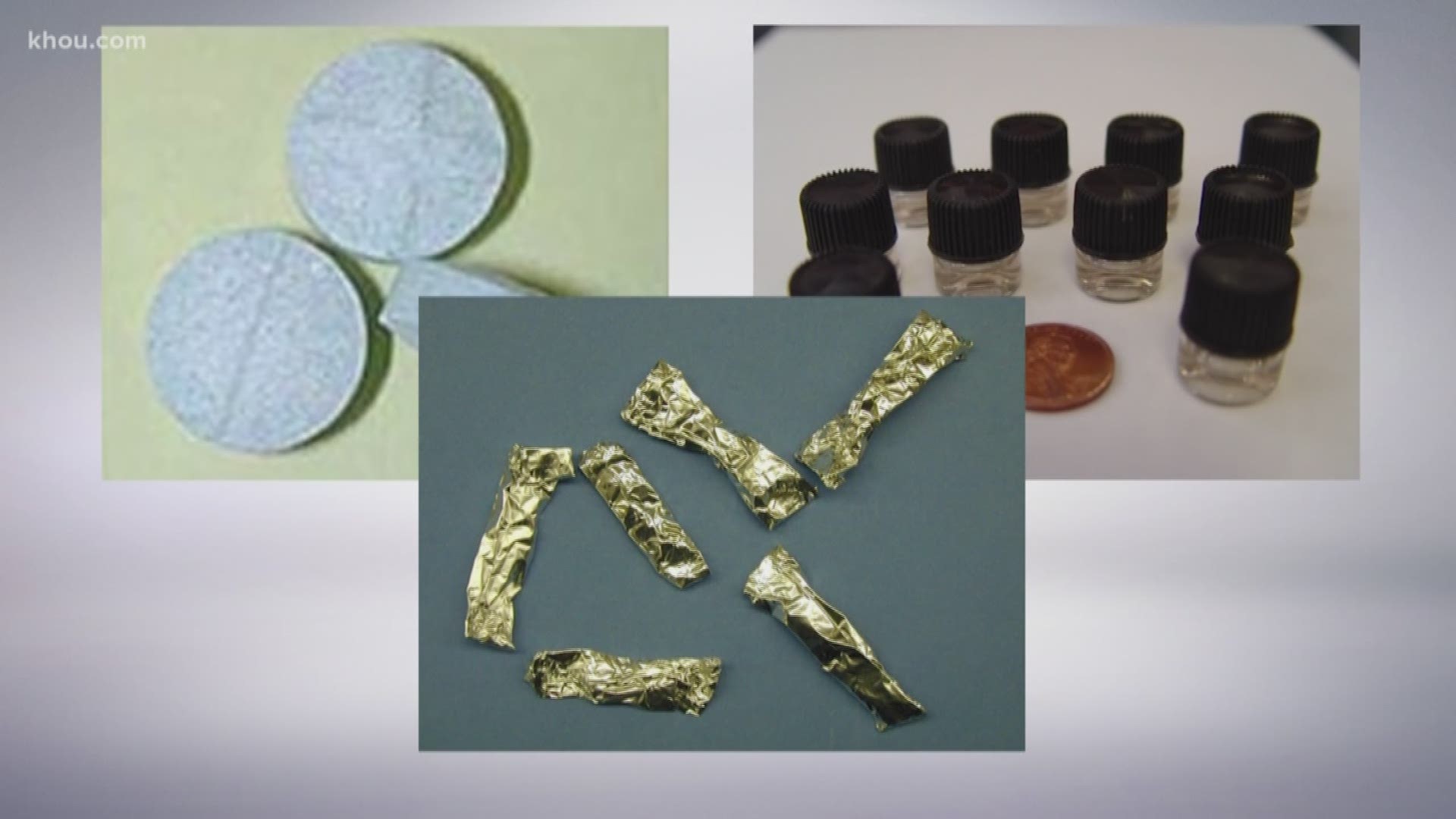 HOUSTON — PCP, or "angel dust," is one of the two most prevalent drugs in impaired drivers in Houston, according to the Houston Forensic Science Center.

Officials say 16% of DWI cases in Houston between 2013 and 2018 involved PCP, or phencyclidine. Of those who test positive for PCP researcher, Dr. Dayong Lee, said one-third have three or more other drugs in their system.

“That’s not something you want drivers doing,” Dr. Peter Stout said. “You’ve got somebody driving a vehicle at 70 miles an hour down the road, you kind of want them there in the driver’s seat and aware of reality around them.”

The finding was revealed in a research article published Wednesday in the Journal of Analytical Toxicology. The article is co-authored by Lee, the Houston Forensic Science Center’s toxicology manager, and Stout, HFSC’s CEO and president, who is also a toxicologist.

The research from the Houston Forensic Science Center looked at impaired driving data from the past six years in Houston.

“This is scary,” Stout said. “These people when put behind the wheel of a car endanger our community, our families and our children. We have an obligation to make people aware of this danger.”

Stout said PCP is the second-most common drug seen during DUI stops in Houston. The drug puts law enforcement at risk because it can be absorbed through the skin.

Officials say PCP often comes as a solution for users to dip cigarettes or joints. The hallucinogen gives them an almost out-of-body experience where they become detached from their environment.

Experts said it has become a public health risk in the city of Houston and its grasp on Houston's users is growing. Stout said more women and younger people are using the drug.

“It was mind-boggling for me (to see) the high prevalence of PCP users in Houston and also the fact the demographic groups are shifting, so, we need to be aware of these changes,” Lee said.

“PCP is hallucinogenic and profoundly distorts a person's perception of reality. That is extremely hazardous for someone driving a vehicle,” Stout said. “Put them behind a wheel and they become dangerous to others on the road. This is happening in Houston all too often.”

PCP, first introduced as an anesthetic, was taken off the market in the 1960s. Officials said clandestine use has ebbed and flowed and had been popular in the 1970s and 1980s in some urban areas, including Baltimore, Los Angeles, Chicago and New Orleans.

Nowadays, significant PCP use is largely concentrated in a handful of urban areas, including Houston, New York and Washington, D.C., officials said.

Sgt. Don Egdorf with the Houston Police Department said Houston has become a hotspot for PCP and users are very unpredictable.

“When we’re dealing with somebody on PCP they have very cyclic behavior so one moment they might be very cooperative and the next moment they want to fight everybody and trying to kill whoever is in front of them,” Egdorf said.