Officers shot, hostages killed: What we know about 15-hour standoff near Atlanta

The dead include a teenager, a pregnant woman and the gunman. 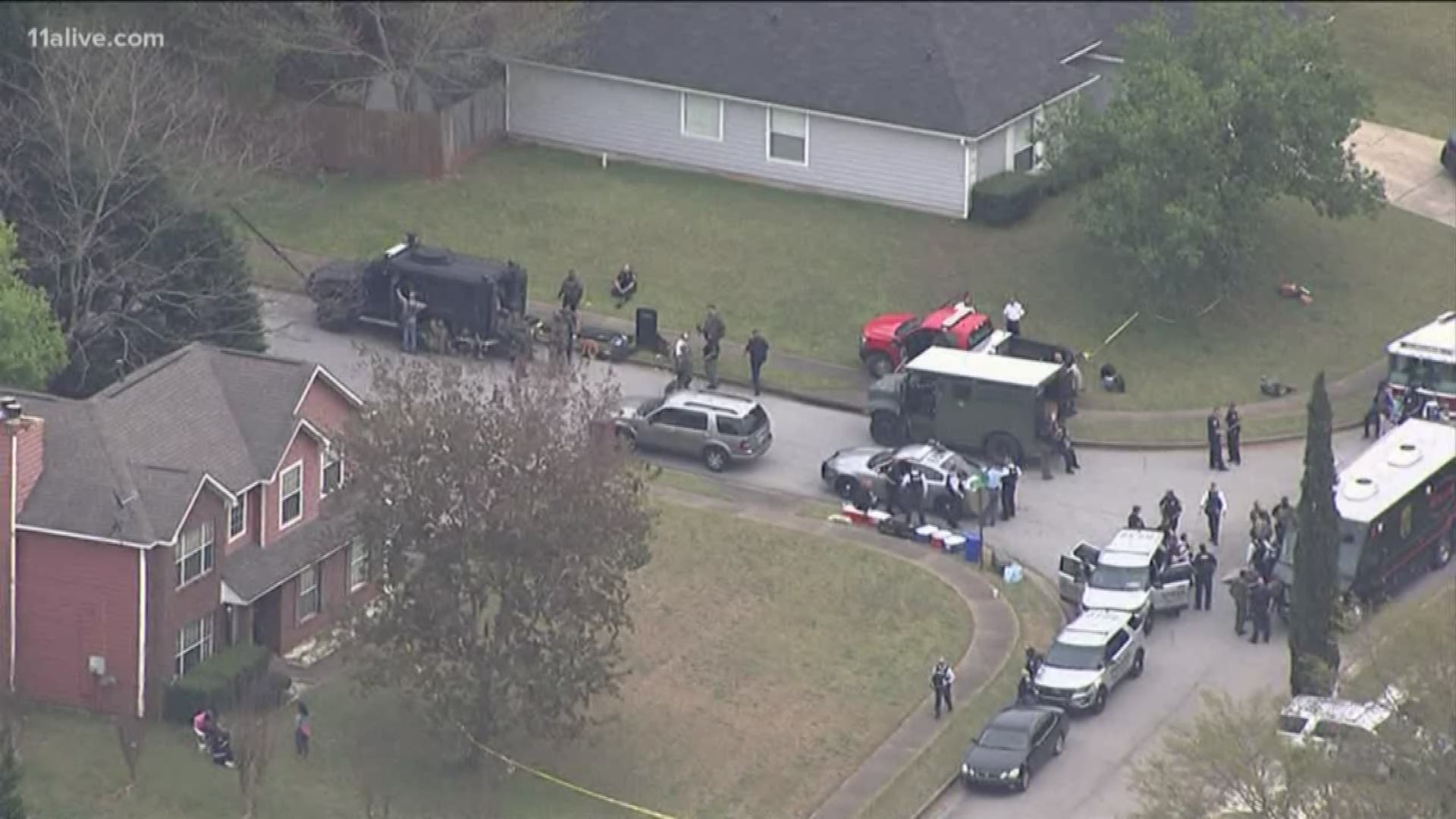 A hostage situation in a Stockbridge neighborhood that lasted more than 15 hours came to a tragic end early Friday, police said.

Authorities entered the home early Friday morning and found three people dead of gunshot wounds. The dead include a teenager, a pregnant woman and the gunman.

Family members gave 11Alive's Nick Sturdivant these photos they said showed two of the victims found dead inside the home after the standoff.

Henry County Police Capt. Joey Smith said that it's believed that Sandra White was in a relationship with Bailey, and had asked him to leave. That's what's thought to have triggered the violence, Smith said.

RELATED: Lives cut short: A student-athlete with a promising future. A registered nurse and expectant mother.

Arkeyvion was a student athlete at Dutchtown High School, according to his family. He was looking at furthering his education and athletic career and recently visited a college.

Authorities said it's believed the gunman died of a self-inflicted gunshot wound.

The standoff was sparked by a frantic 911 call at a home in the Eagles Ridge subdivision after police said a woman reported seeing blood.

Sandra White's sister said she opened a garage door and saw blood and her sister lying on the floor.

She said she backed out and called police.

Two officers were shot after arriving at the home, according to Henry County Police Captain Joey Smith. The situation devolved as the unidentified suspect allegedly held a teen hostage inside the Henry County home. Authorities were on the scene for more than 15 hours.

Police said the barricaded subject refused to surrender and refused to provide proof of the well-being of the woman and her son. Smith said the gunman got angry.

Henry County police said Command made the decision around 9 p.m. to deploy gas into the residence. They said the suspect fired numerous rounds at SWAT officers and vehicles, but no injuries were reported.  No officers returned fire or engaged the suspect.

After that, Smith said they had little contact with the suspect.

Police said they had to wait to go into the home until the chemical agents cleared out. Smith said there was a lot of damage to the house.

Around 3 a.m. police went into the home and discovered the bodies of the 16-year-old, his pregnant mother and the suspected gunman. They'd been shot to death; police believe the gunman shot himself.

RELATED: Lives cut short: A student-athlete with a promising future. A registered nurse and expectant mother.

What about the officers?

They were taken to Grady Memorial Hospital in "serious" condition but are expected to be okay.

Both officers underwent surgery and are stable and recovering at the hospital, Smith said Friday. They could both be released from the hospital soon, but the time is unknown.

RELATED: These are the Henry County police officers shot in the line of duty

Both are veteran officers who have each been with the department for about seven years. Both men are in their 30s and their families have been notified, Smith said.

11Alive’s Jon Shirek spoke with some of the family members of the injured officers outside of Grady Hospital who were concerned.