Four narcotics officers were shot while serving a search warrant to a home in southeast Houston. Another officer injured his knee while running away from the gunfire. 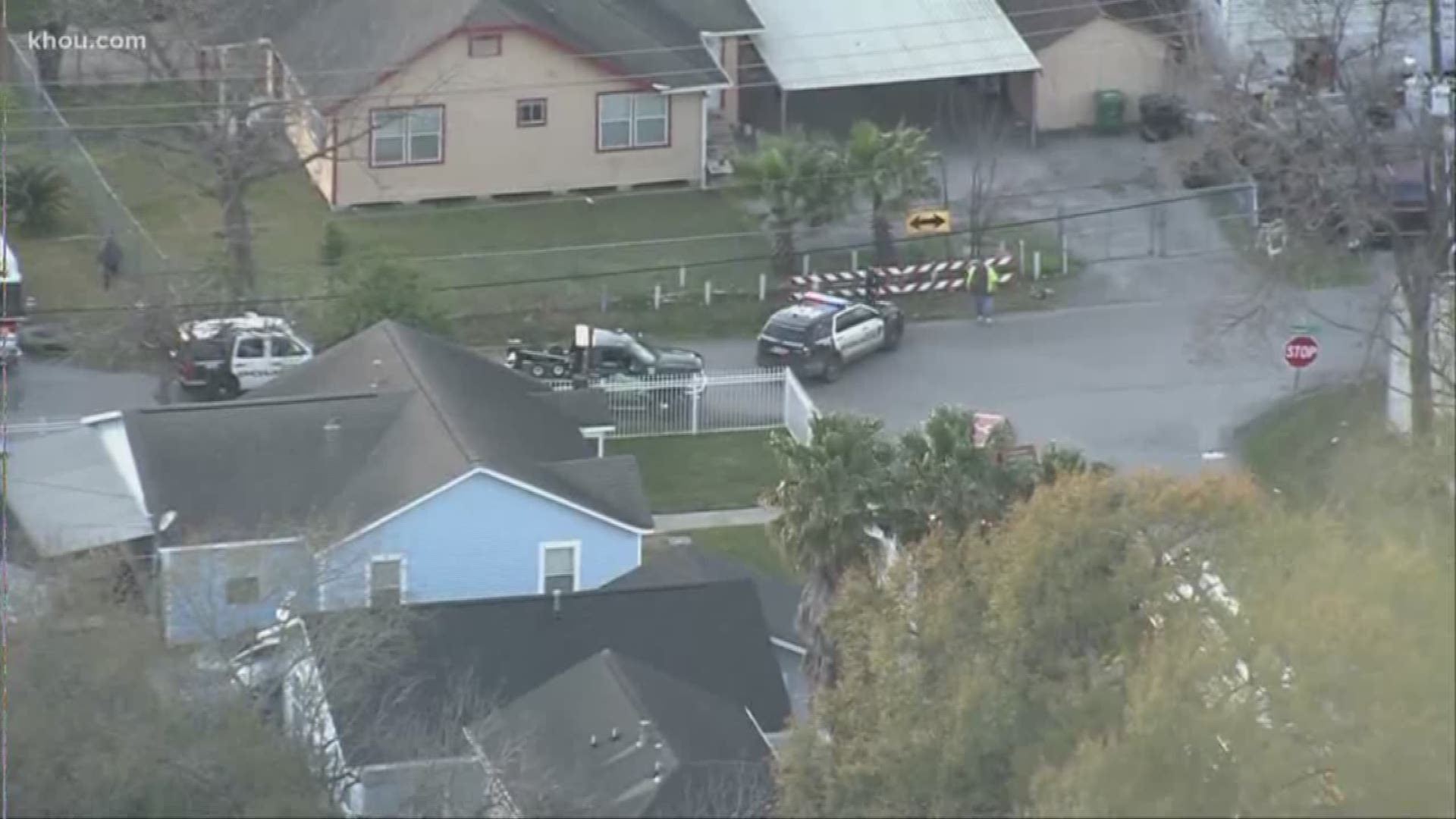 HOUSTON — HOUSTON – A narcotics officer that was shot in the shoulder Monday while serving a search warrant in southeast Houston was released from the hospital, HPD confirms.

Three other narcotics officers were shot. Two were shot in the neck area and are in critical condition. The other is stable and is expected to make a full recovery, Houston Police Chief Art Acevedo said during a press conference.

A fifth officer, that was originally reported shot, injured his knee while running away from the gunfire. He remains in the hospital.

The 54-year-old officer, who is in critical condition, was the case agent. Acevedo said he has been shot several times before in the line of duty. He has been an officer since 1984.

“Most people would call it a day after being shot and surviving,” Chief Acevedo said. “This man is 54 years old. He’s the case agent on this case and he was there on the front lines. If that doesn’t tell you about the men and women we have the privilege to lead I don’t know what will.”

Roads near the the hospital were blocked off for several hours so EMS could make their way to the hospital quickly.

Verify: The latest information in the shooting that sent 5 officers to the hospital

Chief Acevedo said about a dozen narcotics officers and half a dozen patrol officers were serving a search warrant to a home in the 7800 block of Harding after a neighbor tipped police about drug activities.

Acevedo said the officers were specifically searching the home for black tar heroin.

When the officers approached the door to the home, two suspects allegedly started firing at the officers.

Officers have not provided any information on the identity of the suspects.