"We need the courts to do their jobs and stop pussy-footing with violent criminals. Period," HPD Chief Art Acevedo said. "And if you think I'm angry, I am." 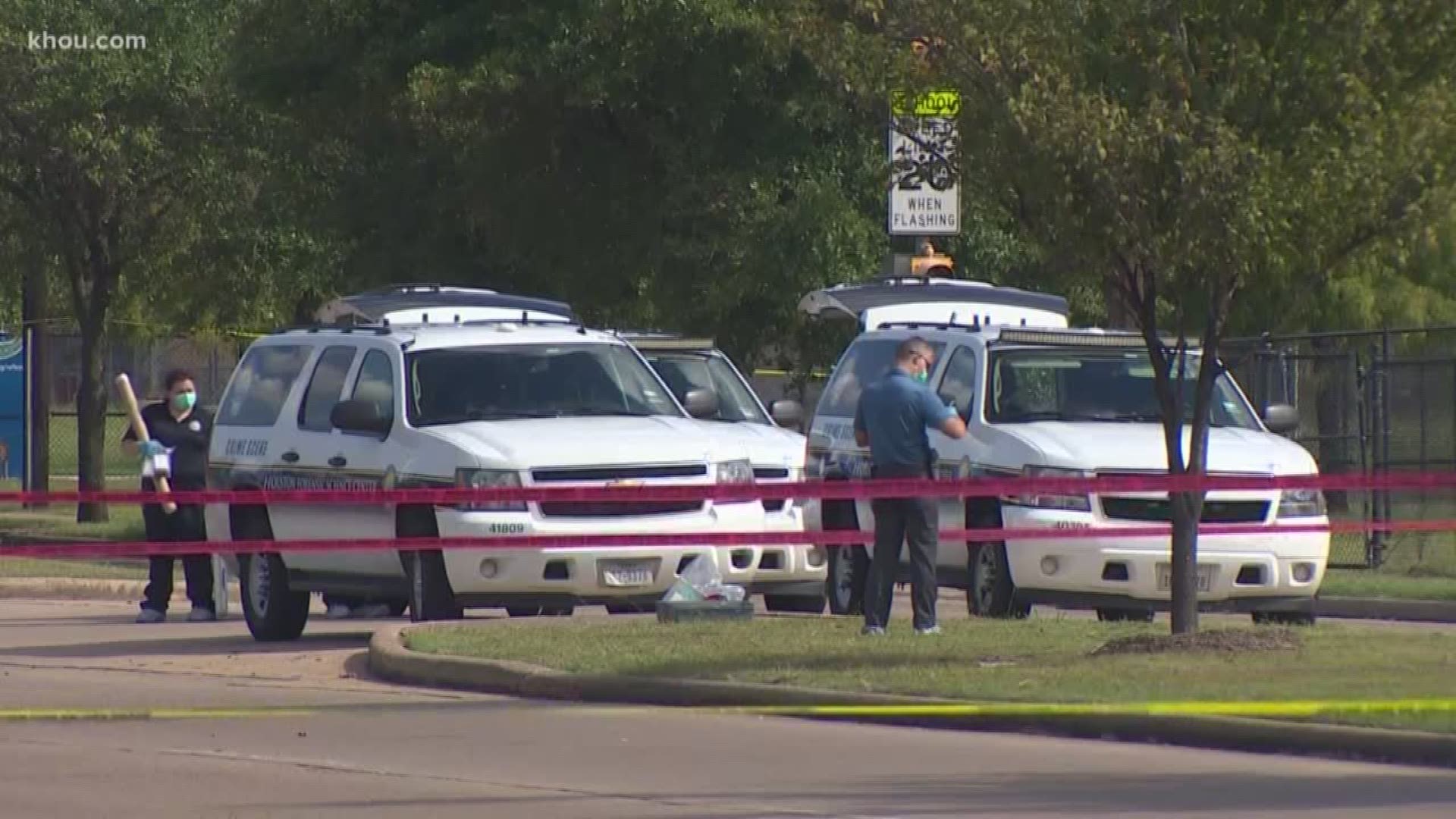 HOUSTON — A police officer shot and killed an armed suspect near a southwest Houston elementary school Monday morning, according to HPD.

Chief Art Acevedo said two officers responded to reports of a man with a gun near Valley West Elementary School in the 10700 block of South Gessner.

"When they came, he started to act crazy with the police, he didn't want to move and he pointed the gun at them," one witness said.

When officers confronted him at a nearby car wash, they say he refused to put his gun down. There was a shootout and the suspect was killed.

"You can imagine what goes through the mind of a police officer when they see a guy going to school and armed," Chief Acevedo said. "Your sense of alertness, your sense of a threat to the community is heightened."

Both officers were wearing body cameras, which will be used in the investigation.

Acevedo said a woman witnessed the shooting and was traumatized.

"We have a witness who was right on the scene who is extremely shaken up," Acevedo said. "To see a man shoot at police officers and see them exchange gunfire within feet of her car."

No officers were injured in the shooting. At a morning press conference, Chief Acevedo said the two officers involved work the South Gessner Division's Crime Suppression Team. One is a three-year member of the department while the other is a two-year member.

"They displayed some tremendous courage chasing this armed suspect and within a minute engaging him," said Acevedo. "And Thank God for overtime, for the overtime initiative, because we may not have had officers in this area."

It's the second incident in 72 hours where armed suspects have shot at police. One of the officers remains in the hospital.

The chief said he's had enough and he blames judges for giving violent criminals low bonds.

"We need the courts to do their jobs and stop pussy-footing with violent criminals," Acevedo said. "And if you think I'm angry, I am."

Houston ISD's police were also nearby on the school's campus, standing between the school and the shooting scene.

"HISD’s Valley West Elementary School was temporarily placed on lockdown this morning as a precautionary measure due to police activity nearby. Our students are safe, our building is secure, and our instructional day continues normally."