All three suspects were wanted in connection to several robberies in the area, according to police. 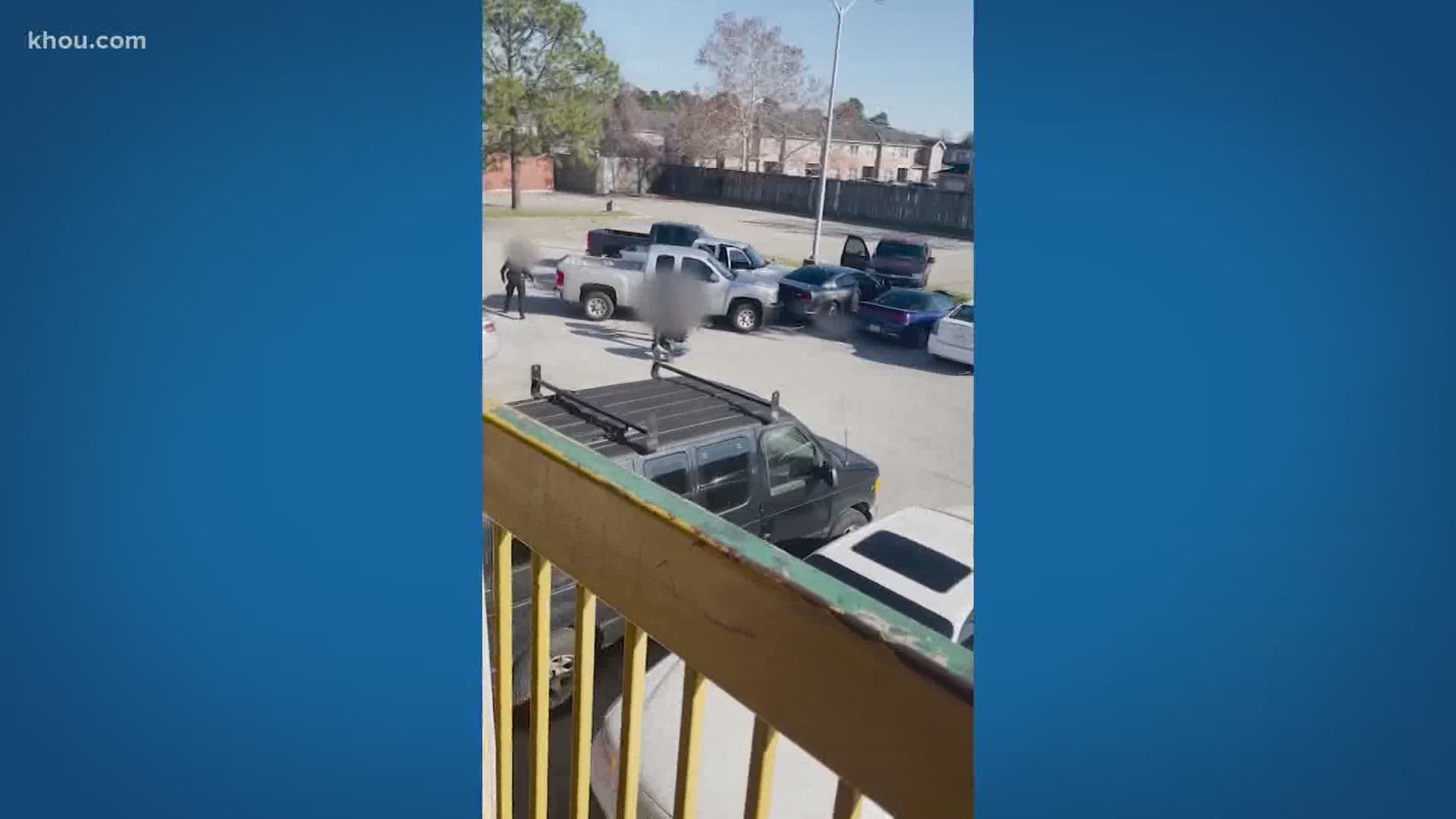 HOUSTON — One suspect was killed and two others arrested Tuesday following an officer- involved shooting at a facility in north Houston, according to police.

The suspect killed was later identified as 27-year-old Jose Guzman.

Police Chief Art Acevedo said the three were wanted in connection to at least six robberies in the area and were being watched by investigators.

The shooting was reported about 10:23 a.m. along at a business along 16510 North Freeway — that's north of E. Richey close to a hotel. Acevedo confirmed said the suspect had a room at the hotel, where an assault rifle was later found.

More than an hour earlier, police said officers were already out conducting surveillance when the three men pulled up in a vehicle. Police said two of them went inside, but one stayed back.

When the suspects returned, investigators said that's when officers went in for an arrest. HPD said the officers identified themselves as police and told the suspect to raise their hands.

According to police, two of the men ran away and one suspect reached for a pistol in his waistband. That's when Acevedo said an officer fired his weapon once, striking the suspect.

HPD commanders and PIO are en route to an officer-involved shooting at a business at 16510 North Fwy (I-45) service road.

Preliminary info is a suspect was shot about 10:25 am and then transported to a hospital in an unknown condition. No officers are injured. #hounews pic.twitter.com/IIz1B42KCG

Paramedics reportedly tried to save the injured suspect, including giving him a blood transfusion on scene, but to no avail. He was pronounced dead at just before 11 a.m., the chief said.

HPD reported the other two suspects were quickly apprehended, including one accused of discarding a pistol during the chase.

One suspect was taken to the hospital after he had started complaining about chest pain, according to police. He had been wearing a bulletproof vest, and according to Acevedo, there was evidence he had been shot days earlier.

This is what men and women in blue face each and every day across our Nation - Heavily armed suspects, wearing tactical vests (suspect indicated he was shot before). Our community and the brave men and women that serve them need violent criminals to be held accountable. pic.twitter.com/2PgfiRb6yJ

“A lot of people talk about police reform—and rightfully so. They talk about police accountability—and rightfully so.” Acevedo said. “But we also need to start talking about violent crime no just in the city of Houston […] across this country, police officers are putting their lives at risk everyday just to chase the same crook that goes in one door and out the other. We have got to hold everyone accountable; bad police officers, but just as importantly, the people that are out here committing mayhem in our community.”

The Harris County Sheriff's Office will be leading the investigation into the officer-involved shooting.

The chief confirmed the officer who fired his weapon has been place on administrative leave pending the investigation. The officer has been with the department since December 2015.

The arrest was made with assistance from a federal taskforce that has been working with local law enforcement to stop violence crimes in the area, according to police. 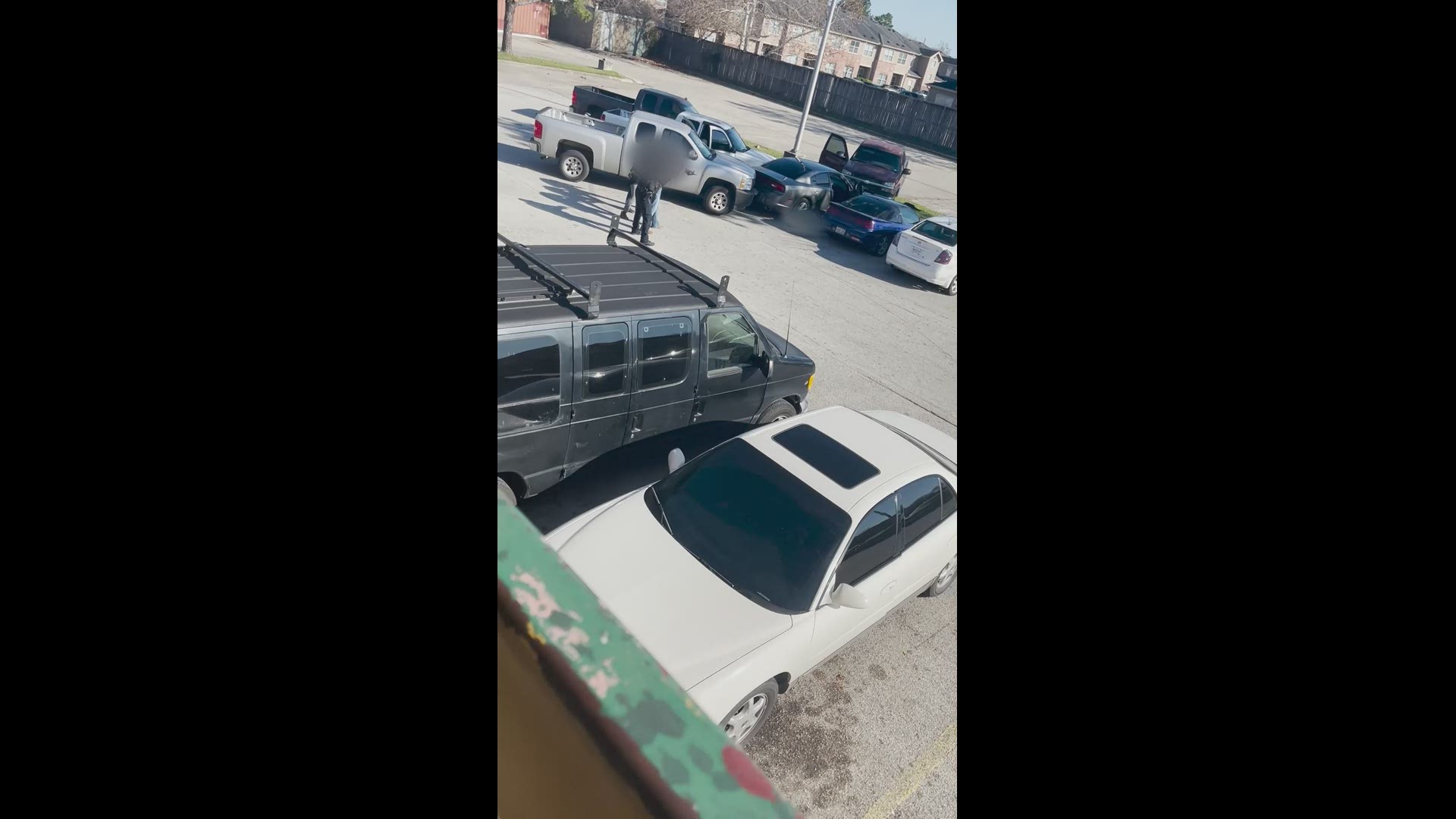