At least four vehicles were struck by gunfire during the road rage and shootout. 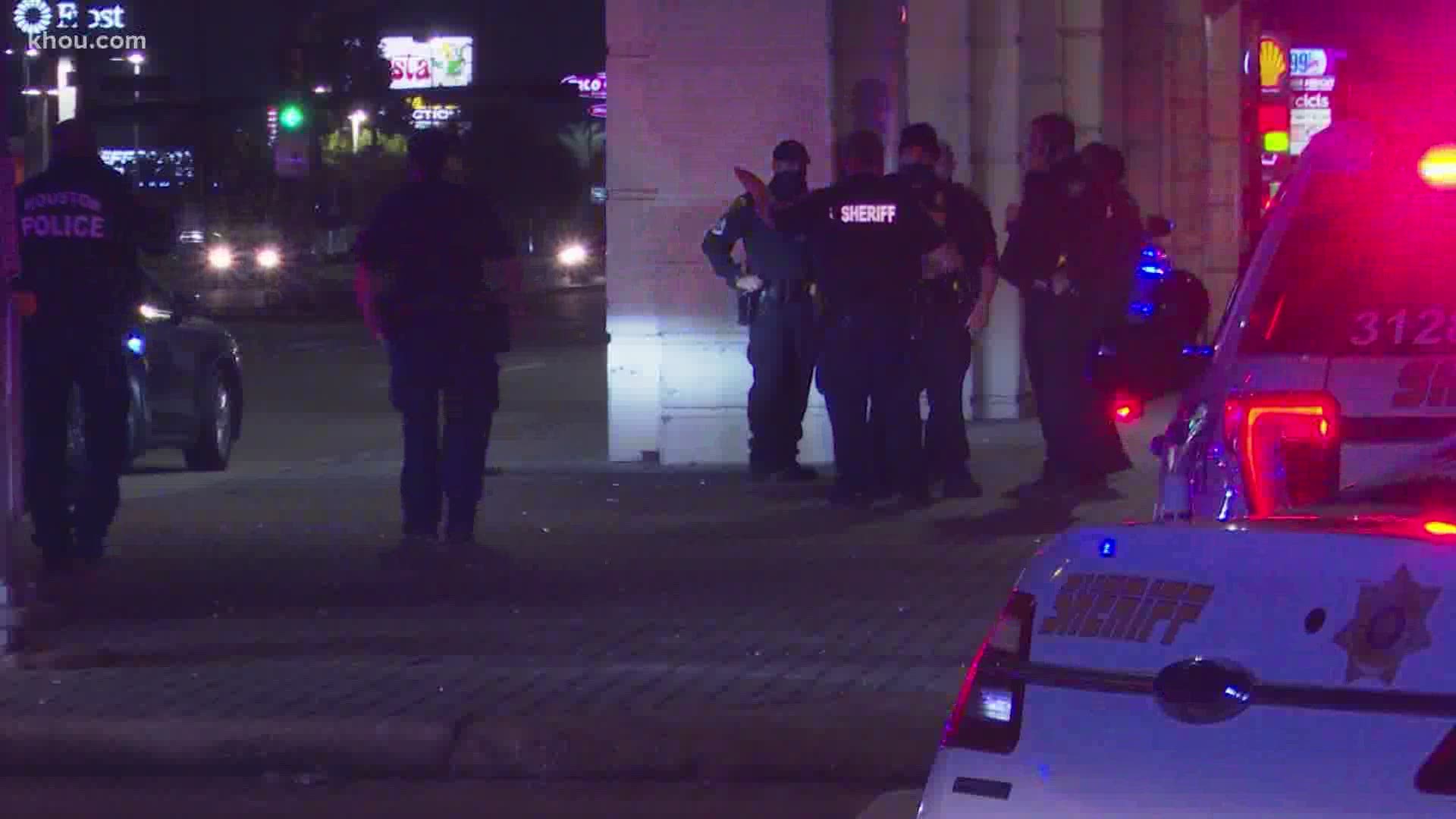 HOUSTON — An off-duty officer was involved in a shootout on the Katy Freeway early Sunday after witnessing a road rage shooting.

According to the Houston Police Department, the off-duty officer, who had just gotten off his shift, was headed home when he witnessed a driver shoot at a vehicle on I-10 near Fry Road.

The vehicle that was shot at then exited the freeway while the other continued on.

The off-duty officer decided to follow the other vehicle to get some identifying information like the license plate number and make and model. That's when the driver of the vehicle he was following started shooting at him, striking the officer's vehicle, according to investigators.

The off-duty officer then pulled out his gun and started shooting back several times, striking the driver's vehicle, investigators said.

HPD commanders and PIO en route to Katy Fwy near Mason Road for an officer-involved shooting. Prelim info is off duty HPD Officer returned fire after being shot at from a vehicle. No reports of injuries at this time. No other info. Update to be provided from scene. #HouNewa pic.twitter.com/8Nb6FpeqHC

At some point during this shootout, other vehicles were hit, but investigators are not sure if the shots came from the driver's gun or the off-duty officer.

The two eventually exited the freeway and the off-duty officer was able to call 911 and give police a description of the driver's vehicle.

With the information provided, police were later able to locate a potential suspect.

Investigators said it appears at least four vehicles were hit by gunfire during the road rage and shootout, but there could have been more.

Fortunately, no one was injured.

Houston police are asking anyone whose vehicle was shot at to please call the homicide division at 713-308-3600.