Suspects charged with Houston murder of New Orleans police officer were out on bond, DA says 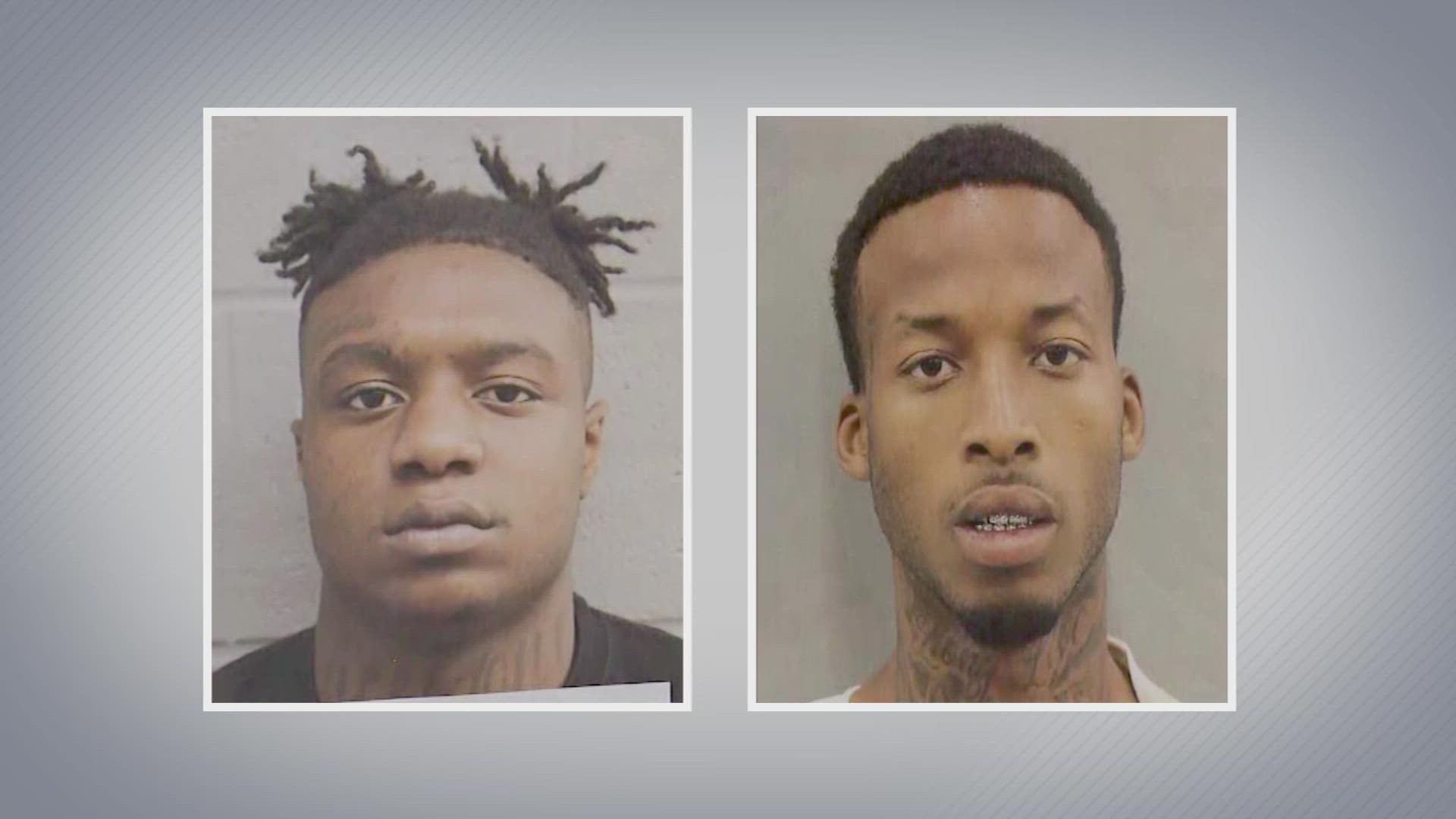 HOUSTON — Two suspects arrested in the murder of a New Orleans police officer were out on bond for other crimes, District Attorney Kim Ogg said Friday.

Frederick Jackson, 19, and Anthony Jenkins, 21, were arrested this week at separate locations and charged with capital murder in the death of NOPD Detective Everett Briscoe.

"We said that we were going after these suspects, and we were gonna leave no stone unturned, and we didn't." Houston Police Chief Troy Finner said.

Investigators say they have surveillance video of other cases where the suspects stalked victims at high-end restaurants and stores in the Galleria area.

Jackson was out on bond for one of those aggravated robberies. They say he cut off his ankle monitor and skipped his last court appearance. Jenkins was also out on a $40,000 bond for aggravated assault with a deadly weapon.

Briscoe was killed outside Grotto Ristorante on Saturday, Aug. 21. He and some friends had just arrived in Houston and were on the patio of the restaurant on Westheimer when robbers shot him and another man. 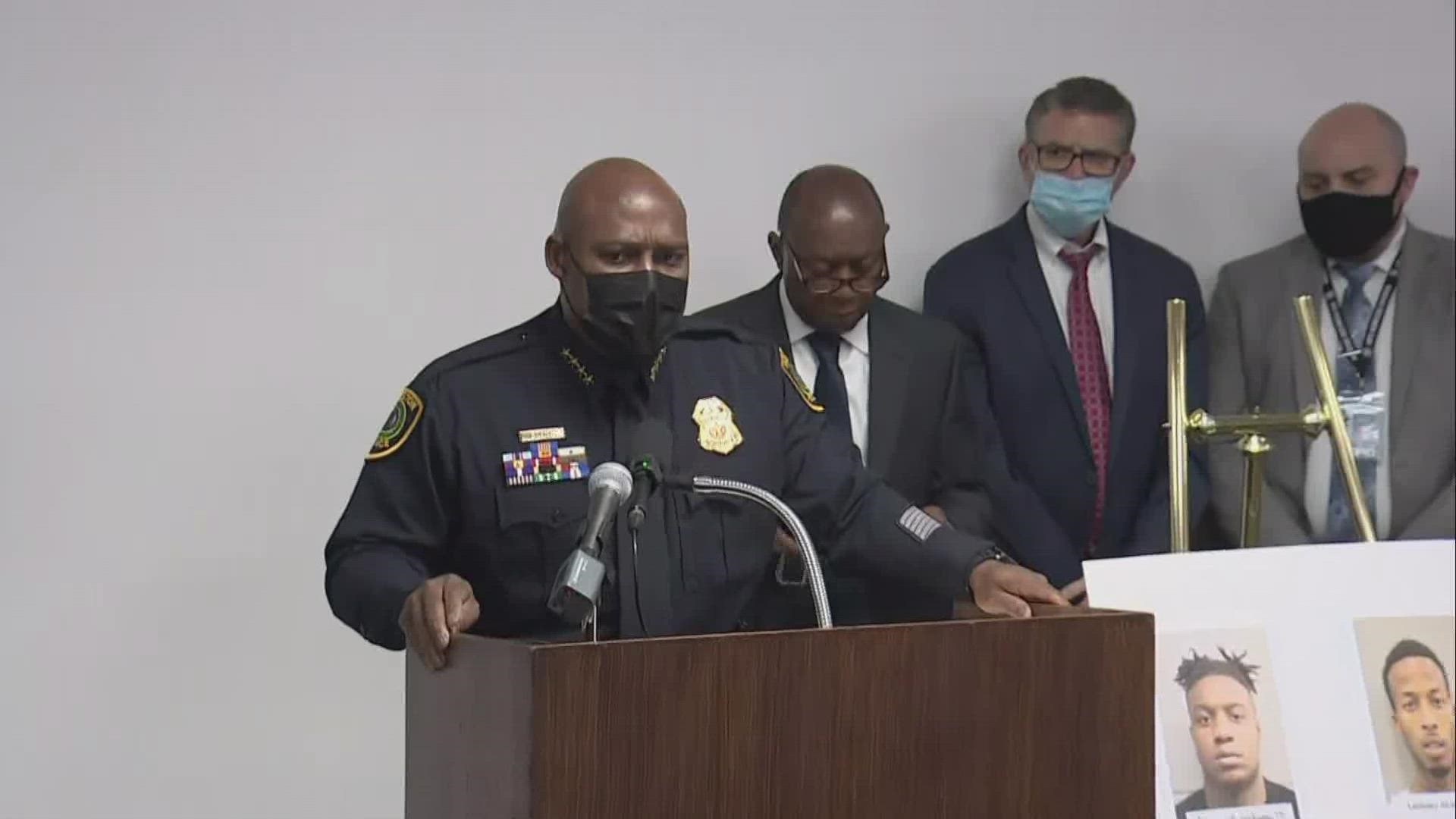 A second victim, Dyrin Riculfy, was shot in the head and friends say he remains in a coma at a Houston hospital.

"We're sickened by this bold attack that left one beloved detective dead and his friend still fighting for his life,"  District Attorney Kim Ogg said. "Our city's shaken at how this could happen on a weekend afternoon at a restaurant in the heart of the tourist area. Details are brutal and they are heartbreaking."

Finner said tips that poured into Houston Crime Stoppers after the reward was increased to $100,000 led them to the suspects.

.. Both Houston suspects charged in NOLA detective Everett Briscoe’s murder believed to be behind other Galleria-area robberies. Both suspects were out on bond. DA says one had removed ankle monitor. Look for updates on @KHOU and digital platforms #khou11 pic.twitter.com/ceSe9Tb2Be

Prosecutors will ask for no bond

Jenkins was arrested Wednesday at an apartment complex in Southwest Houston. Police say they also seized a vehicle matching the description of the one spotted leaving the crime scene.

Jackson was arrested Thursday by the HPD SWAT team.

Ogg said prosecutors will ask for no bond in this case and may pursue the death penalty,  saying "death is on the table."

Credit: KHOU 11
Suspects in murder of a New Orleans police officer and the wounding of his friend at a Houston restaurant

"As I keep saying, I am opposed -- along with the mayor and police chief -- to the repeated release of people on multiple bonds," Ogg said. "There is no doubt that that's part of what's driving the crime rate that all of these members of law enforcement are working so hard to prevent."

She said at least one of the suspects is a "known and documented gang member."

Police are still searching for an unidentified "person-of-interest" in the case, according to Ogg.

Victims' families notified of the arrests

Chief Finner said he spoke to both of the victims' wives to let them know about the arrests. He also spoke to Riculfy's wife on Thursday night, saying "She's hurting, her family is hurting. Pray for her husband. He's still fighting. But more importantly, pray for everybody."

An emotional Finner said he would travel to New Orleans for Briscoe's funeral. At one point, the chief had to pause when he mentioned his friend, who's the head of NOPD.

"I know he’s hurting," Finner said. "Entire city and families -- they got a storm approaching and then they have to deal with all this and we’re going to stand with them as a city." 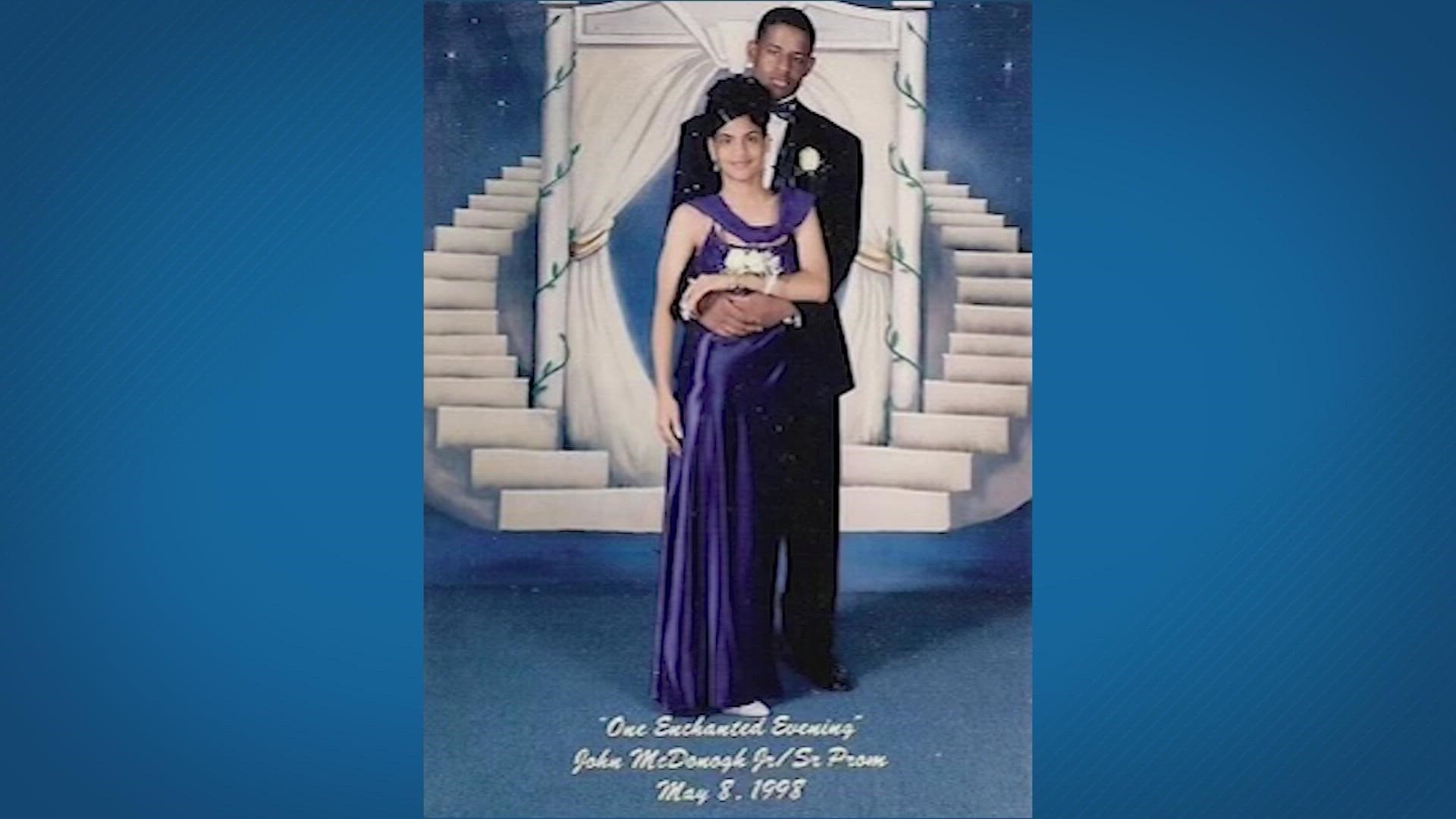 Detective Briscoe and his friends were part of the Zulu Social Aid and Pleasure Club, a philanthropic group that puts on a Mardi Gras parade in New Orleans. Several members were in Houston for the weekend to visit other Zulu members.

Zulu president Elroy James said the members had just arrived and checked into Hotel Derek Saturday afternoon. A few of them dropped off their bags and walked across the street to Grotto to smoke cigars and have a few drinks. 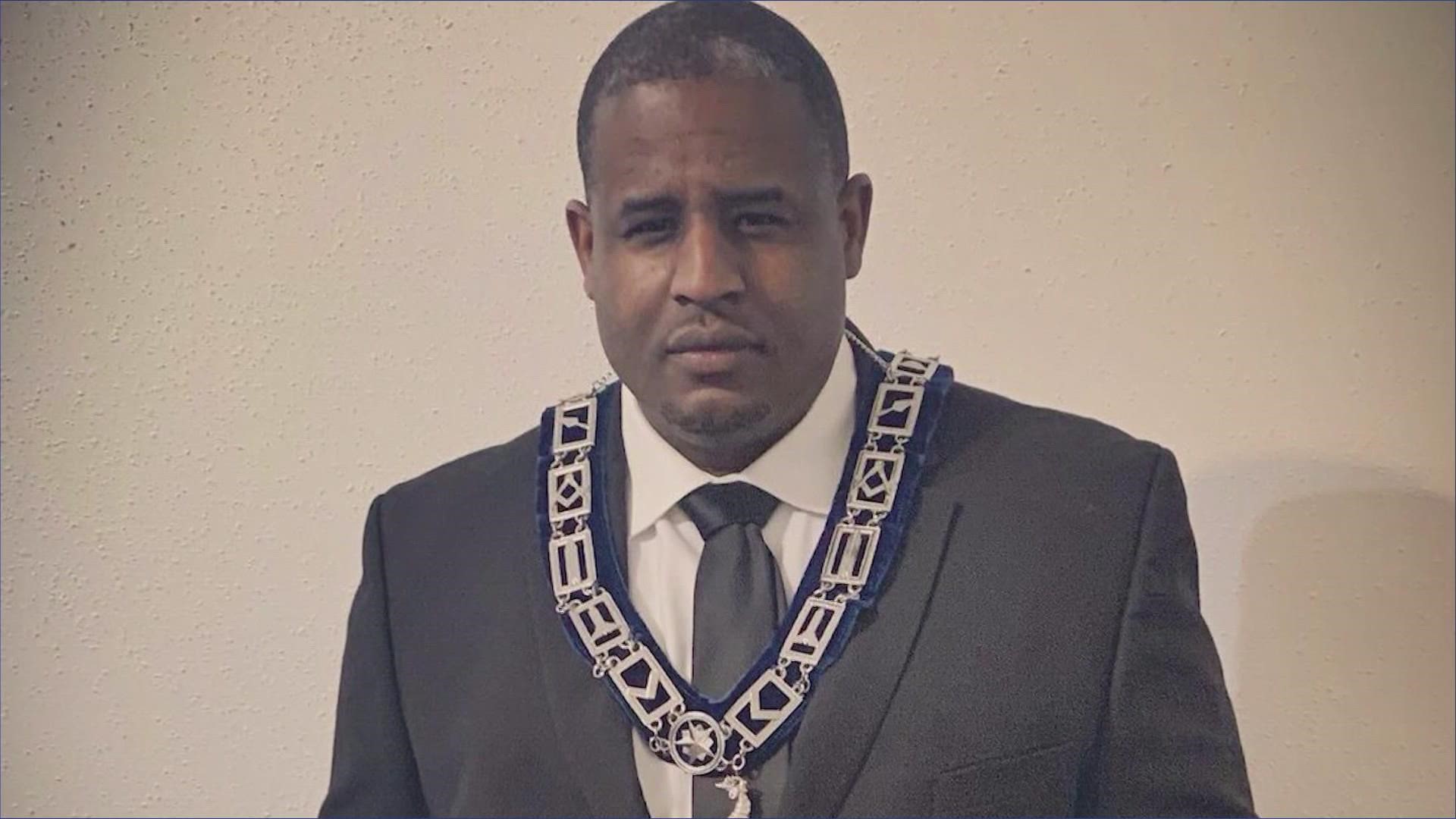 Crime Stoppers said they are waiting to learn which tip(s) led to the arrests.

"The reward payout on this case has the potential to be the largest in Crime Stoppers of Houston’s 40 year history. We are grateful for all involved in this case, especially Crime Stoppers of Greater New Orleans, ATF Houston Field Office and Tilman Fertitta for partnering with us," they said in a statement.

Detective Briscoe's body arrived back in New Orleans from Houston earlier this week, days after he was shot and killed.

A public viewing to honor New Orleans Police Department (NOPD) Detective and fallen hero, Everett Briscoe, will be held Friday, August 27, from 2 to 7 p.m. at the Mahalia Jackson Theater. A funeral will be at the Xavier University Convocation Center on Saturday, August 28, with a viewing beginning at 8 a.m. followed by the service at 11 a.m.

"I pray this development provides some amount of relief for the family as they prepare to lay Officer Briscoe to rest Saturday in New Orleans," Mayor Turner said at Friday's press conference.