The couple was released without charges after being questioned about the three brothers, ages 15, 10 and 7, found alone in their west Harris County apartment. 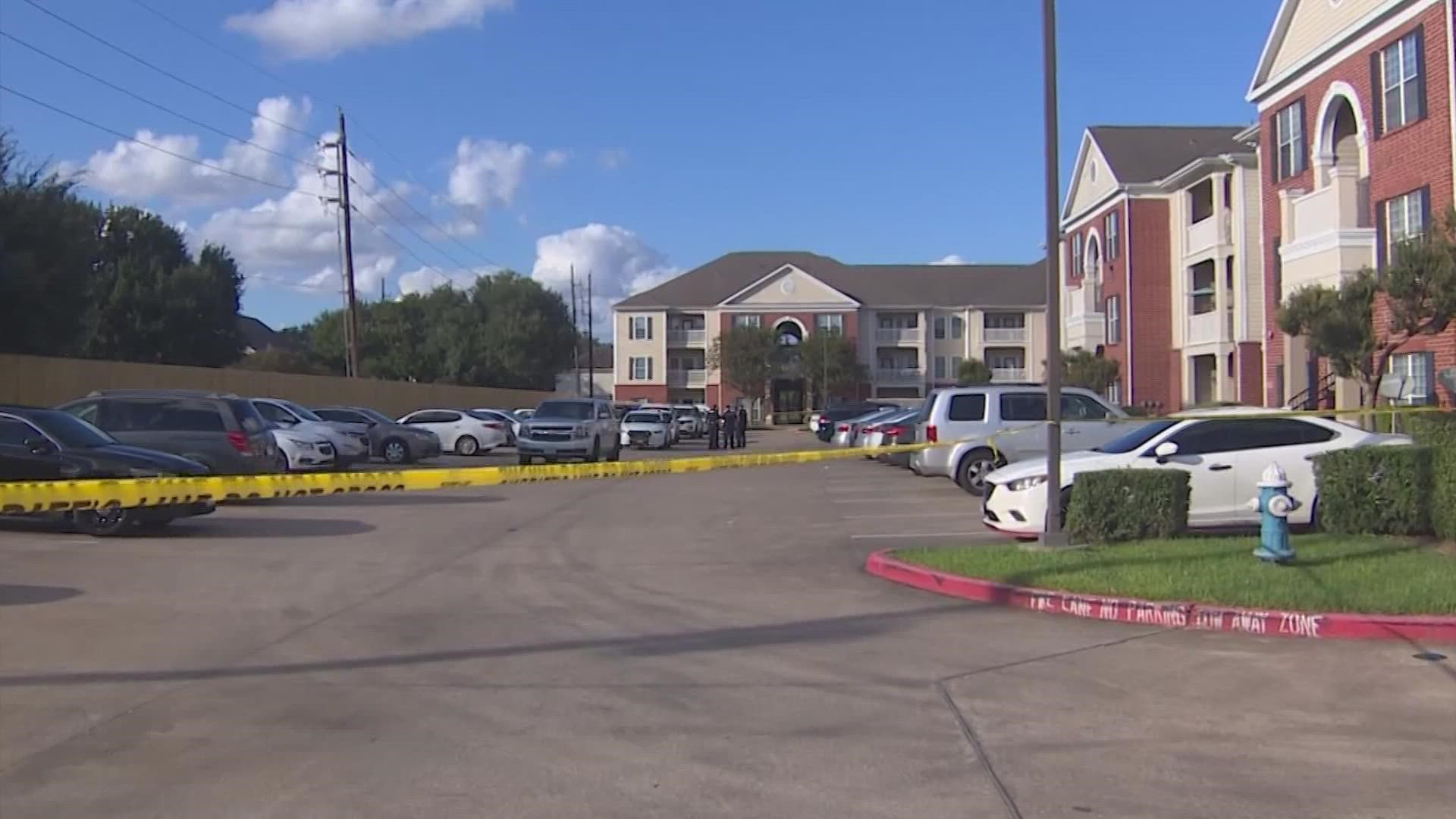 HARRIS COUNTY, Texas — The Harris County Sheriff's Office and CPS are investigating after they said three children were left alone for months in a west Harris County apartment with their siblings' remains.

Sunday night, investigators located the mother of the children and her boyfriend. They were detained and questioned throughout the night but later released. No charges were filed, according to Harris County Sheriff Ed Gonzalez.

Child Protective Services said Monday they're seeking emergency custody of the three children. The agency also said there was no active CPS investigation at the time the children were found.

Below is the statement CPS released to KHOU 11 News:

Harris County Sheriff's Office deputies received a disturbing phone call from the oldest child, a 15-year-old boy, on Sunday. He said he and his two younger siblings, ages 10 and 7, have been living alone in an apartment for months. He said the remains of their 9-year-old sibling, who had been dead for about a year, were still in the apartment.

There are no new developments this morning regarding the scene on Green Crest. Mother and her boyfriend were located, interviewed and released. CPS is assisting with the children. Our investigation remains on-going. No charges have been filed. #HouNews

When deputies arrived at the apartment in the 3500 block of Green Crest they found the three brothers along with skeletal remains in another room. Deputies said the remains appeared consistent with the age provided by the 15-year-old.

The two younger siblings appeared to be malnourished and showed signs of physical injury, according to investigators. They, along with their 15-year-old sibling, were taken to a nearby hospital to be treated.

KHOU 11 News has learned that the children's mother and others would occasionally bring the children food, but investigators said it appears they were mostly left to fend for themselves.

The cause of death of the deceased child will be determined by a medical examiner.

Neighbors said they were shocked to find out the children lived in the apartment alone. They said they knew the 15-year-old lived there, but thought he lived there alone.

"There is no excuse for this. None at all," Erica Chapman said. "When inspections came ... that was the only apartment you didn't inspect? What did they know? They never went into that apartment?"

Chapman said she helped the boy in the past.

"He was sleeping on the slide and I asked him if he was hungry. I brought him some food and drinks," she said. "I woke him up. He was going to eat then go back home."

Chapman said she would drop food off at the apartment sometimes, but it was hard to tell what was going on inside.

Another neighbor said the 15-year-old boy would charge his phone at her apartment.