HPD says they're investigating several cases. One was caught on camera. 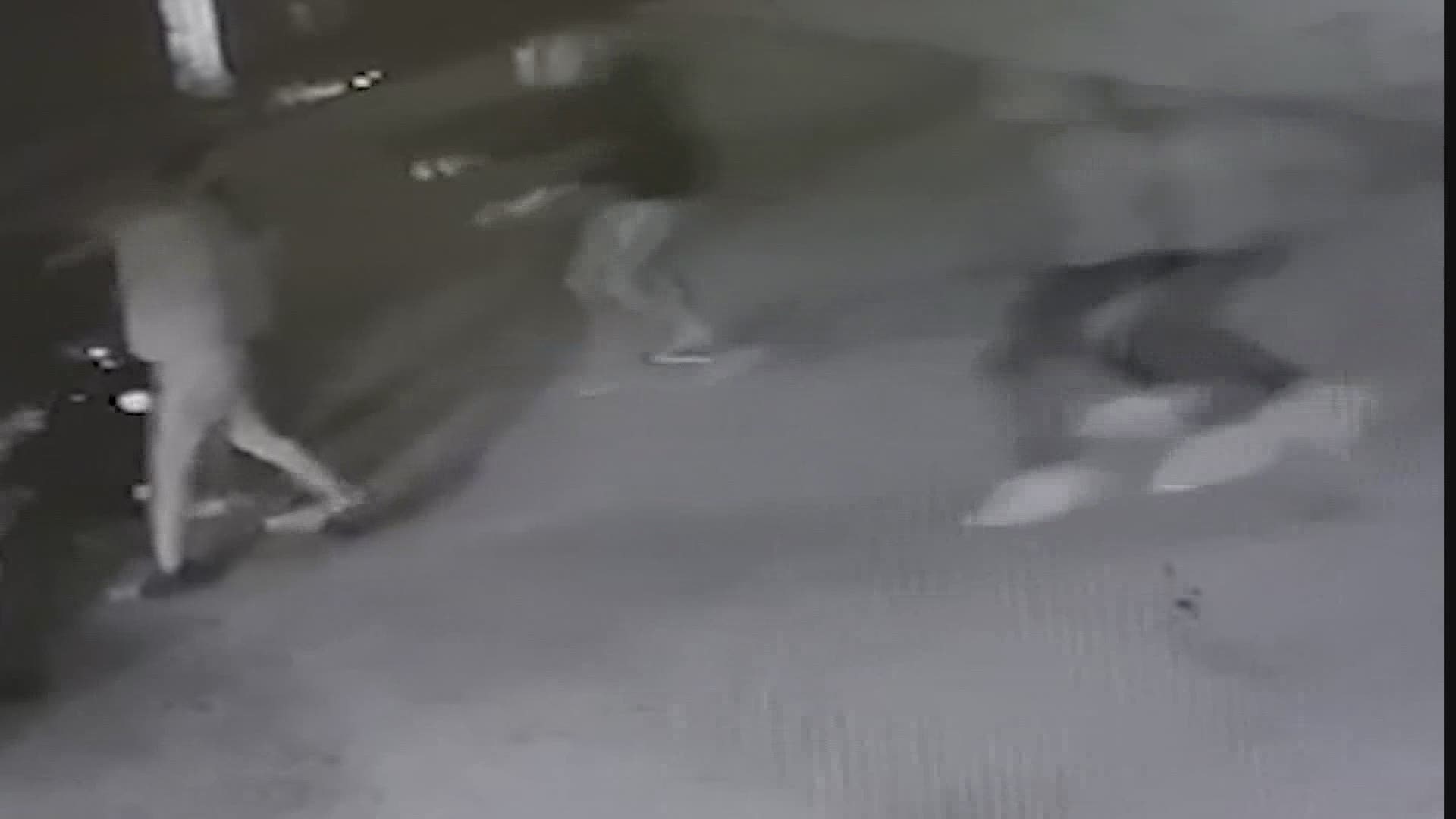 HOUSTON — Houston police are investigating several violent armed robberies in and around the Rice Military area. One victim shared the frightening surveillance video of his attack with KHOU 11.

The victim in this case does not want to be identified.

He was attacked around 2 a.m. on March 28. He was in his driveway with a friend when three gunmen ambushed them and forced them into his garage.

“I gave them my wallet, my simple watch, and said, ‘If you want the car, just take the car.' They were mainly interested in getting into the house," the victim said.

Frightening. A string of violent armed robberies in Rice Military has residents on edge. Gunmen trying to force people into homes. HPD says they are investigating several cases. One was caught on camera. Full story tonight on #KHOU11 at 10. pic.twitter.com/zjaWiunI7G

The victim says he told the gunmen that people were inside, and they, too, were armed.

Video shows two of the suspects open the door to his foyer and peek around, but they never fully enter the home. Eventually, the victim is pistol whipped, and the gunmen take off.

In Rice Military, there are others who have similar stories. The Houston Police Department says it is investigating this case and “several similar cases." However, at this time, they stopped short of saying they’re definitely connected.

Tony Leal is the president of PTI Security and retired chief of the Texas Rangers, and says although there’s no rule, if an armed robber is trying to force you inside somewhere, do what you can to safely stay outside.

“The only time you fight is to protect your life,” Leal said. “I think you would have to consider that you are most probably safer outside your home.”

Leal says once inside, the gunman has a lot more freedom. Crimes that happen outside tend to be quick because every minute they’re exposed increases the chances they’ll get caught.

“You tell the person, ‘Here are my keys, here is my watch, here is my car, here is my phone so I can’t call anyone. You go in the house. I’m not going in there," Leal said.

According to Leal, one of the best things a person can do in a situation like this is go with their instincts.

Leal says there are some simple tips that can deter criminals like motion lights, surveillance cameras, alarm systems and signs telling everyone you have those things.

If you recognized the suspects in the Rice Military armed robbery, call Houston police.