The suspect allegedly shared multiple videos of himself to the social media app Snapchat firing weapons. 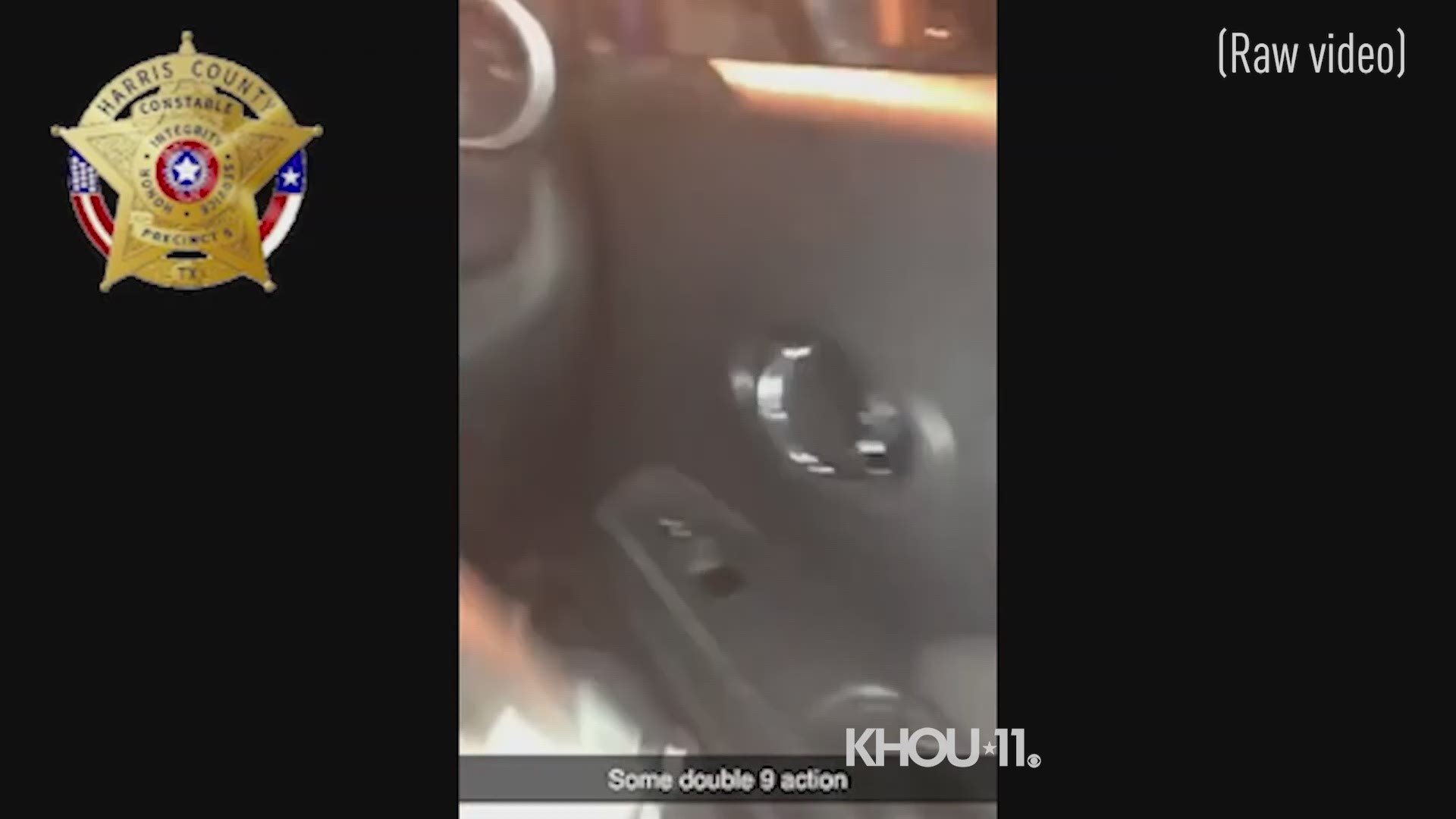 Gautam Seenivasan, 19, is in custody and facing a charge of illegal discharge of a firearm, according to Harris County Precinct 5 Constable Ted Heap.

Heap and Fort Bend County Precinct 3 Constable Wayne Thompson released details and video from the case at a morning press conference, saying more charges could be on the way for the suspect.

Seenivasan allegedly shared multiple videos of himself to the social media app Snapchat firing the weapons under the username "banana slapman."

Deputies in Fort Bend first brought the case to light, contacting Harris County because that is where the suspect lived.

One of the shootings occurred along the Westpark Tollway near Eldridge. Another video showed the suspect firing a weapon in the parking lot of an apartment complex, according to deputy constables. One of the videos was also allegedly recorded in the suspect's parent's backyard.

Constable Heap said he is "concerned about the welfare of our citizens and takes incidents like these seriously."

The suspect was out on bond for evading charges in Fort Bend County and was arrested again when he was reporting to authorities for his previous charges. He is now in the Fort Bend County Jail.

Authorities said his guns were legally purchased through a gun show.