Officer Bill Jeffrey was pronounced dead at a nearby hospital. Sgt. Michael Vance is expected to survive. The suspect, Deon Ledet, died at the scene. 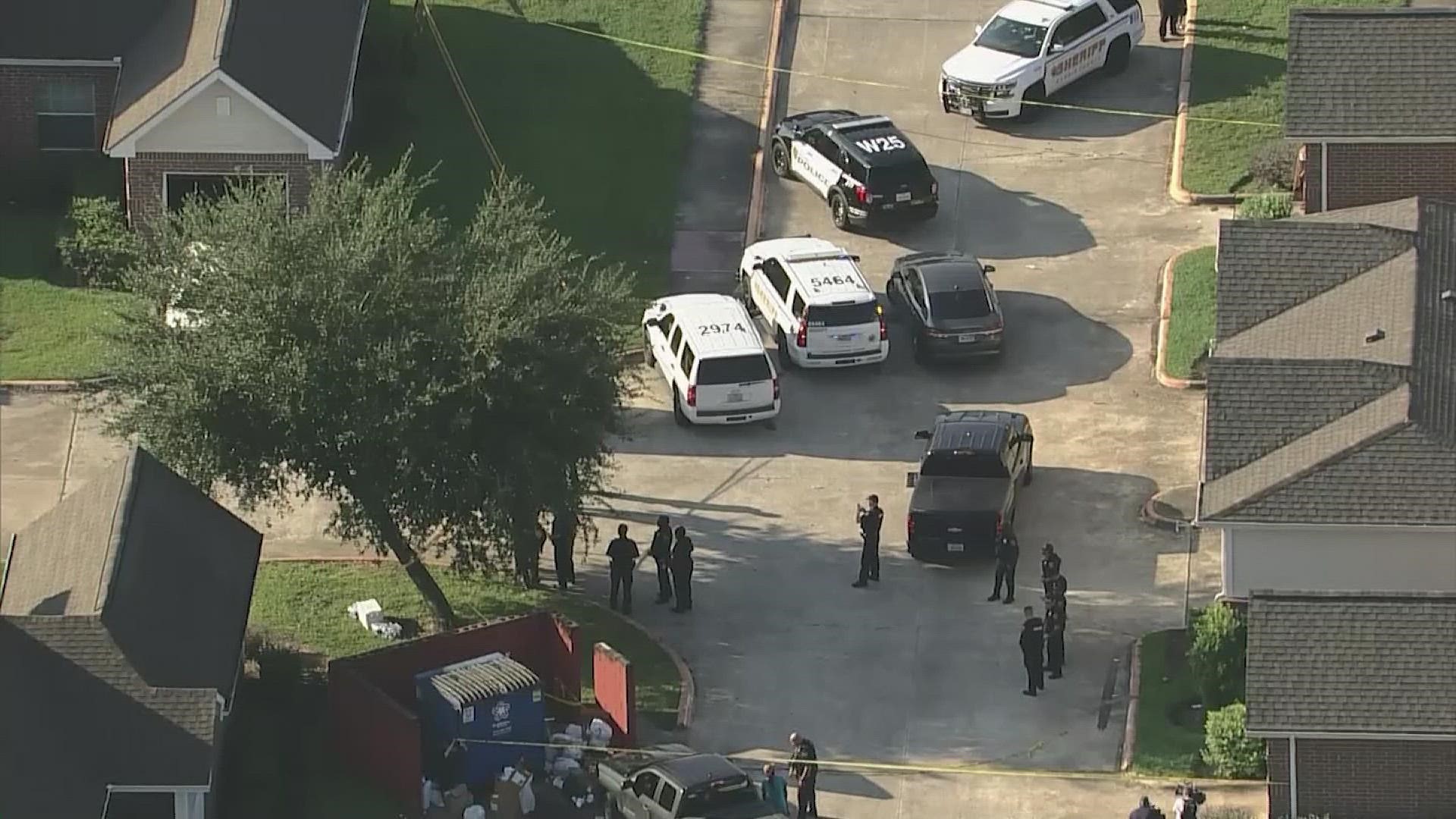 HOUSTON — New details have been released about a deadly shooting in northeast Houston in which a Houston Police Department officer was killed and another was injured. The suspect was also killed in the shootout on Monday morning.

According to Houston Police Chief Troy Finner, senior officer William "Bill" Jeffrey and Sgt. Michael Vance showed up at an apartment complex in the 5300 block of Aeropark Drive to arrest 30-year-old Deon Ledet just before 7:30 a.m. The complex is not far from Bush Intercontinental Airport.

According to authorities, the officers were serving a warrant for Ledet's arrest. When they knocked on the door, authorities said, a woman answered. The woman took her child and left the apartment as the officers announced their presence to Ledet, who was still inside the unit, according to Harris County Sheriff's Office investigators, who are taking the lead on the case.

According to HCSO, after the officers announced they were there, Ledet opened fire from inside the apartment. Investigators said Ledet was armed with a handgun and an assault rifle.

Ledet died at the scene. He had been wanted for skipping bond on two felony drug charges from November 2020, according to authorities. He was supposed to get an ankle monitor but allegedly never did.

Jeffrey, 54, died of multiple gunshot wounds after being rushed to Memorial Hermann Hospital by ambulance.

Vance, 53, was taken to Memorial Hermann by Life Flight. After undergoing surgery, Finner said Vance, who has a wife and two children, was stable and expected to survive.

HCSO officials said the officers involved in the shootout were wearing bodycams and bulletproof vests.

On Tuesday, one day after the shootout, the Houston Police Officers' Union president said the incident never should have happened. Douglas Griffith said Ledet's extensive criminal history should have ensured that he remained in jail that last time he was apprehended.

Griffith called out the judge who let him out of jail even after the Harris County District Attorney's Office requested no bond for the career criminal.

"He unloads on our officers with automatic weapons. Shoots two and tries to kill the rest of the team. It’s insane for him to even be out of jail," Griffith said. "Had this suspect been incarcerated until his trial, we would not be standing here today. And our officer would be retiring and living his life out."

Ledet's rap sheet stretches back to his teenage years. He had been arrested 18 times since 2008, according to authorities. Charges including burglary, evading arrest, aggravated assault with a deadly weapon, and most recently, two drug cases last November.

Court records show in the most recent cases, prosecutors asked for a hearing to deny bail because Ledet, they argued, was a habitual offender who had twice been convicted of a felony.

On Monday, Glass' court coordinator said they had no comment about Ledet, so on Tuesday, KHOU 11 Investigates' Jeremy Rogalski visited his courtroom.

When Rogalski asked the court bailiff for a moment with Glass to talk about the bond decision, the bailiff said it would be inappropriate to comment.

Some say they believe Glass is not the one to blame for the tragic shootout. The president of the Harris County Criminal Lawyers Association said Ledet, not the judge, is the only person to blame for the shootout.

"The whole city is saddened by what happened...there is one person to place the blame on. The person who decided to do what he did yesterday morning," Joe Vianas said.

"Under these circumstances, I don’t know if there was a basis to deny him bail. And remember, bail is for the purpose that he goes to court, and so, the community is safe. Many of his prior convictions were much older. Both of these charges were non-violent in nature," Roe said. 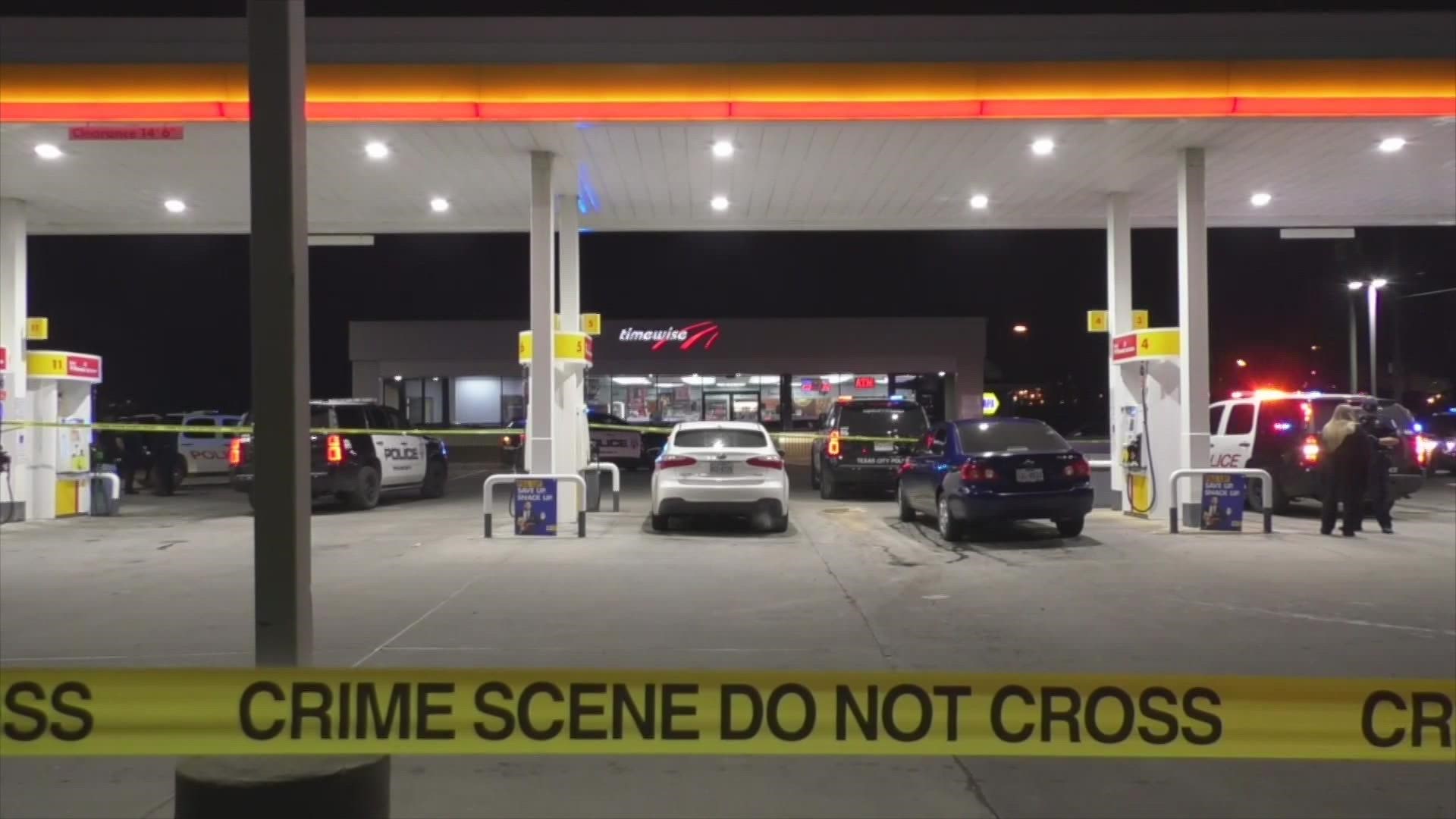