Netflix's show 'Jailbirds': Where are they now?

After a glimpse into the lives of inmates in the Sacramento County Jail, the Netflix series could leave viewers wondering: "Where are the women now?" 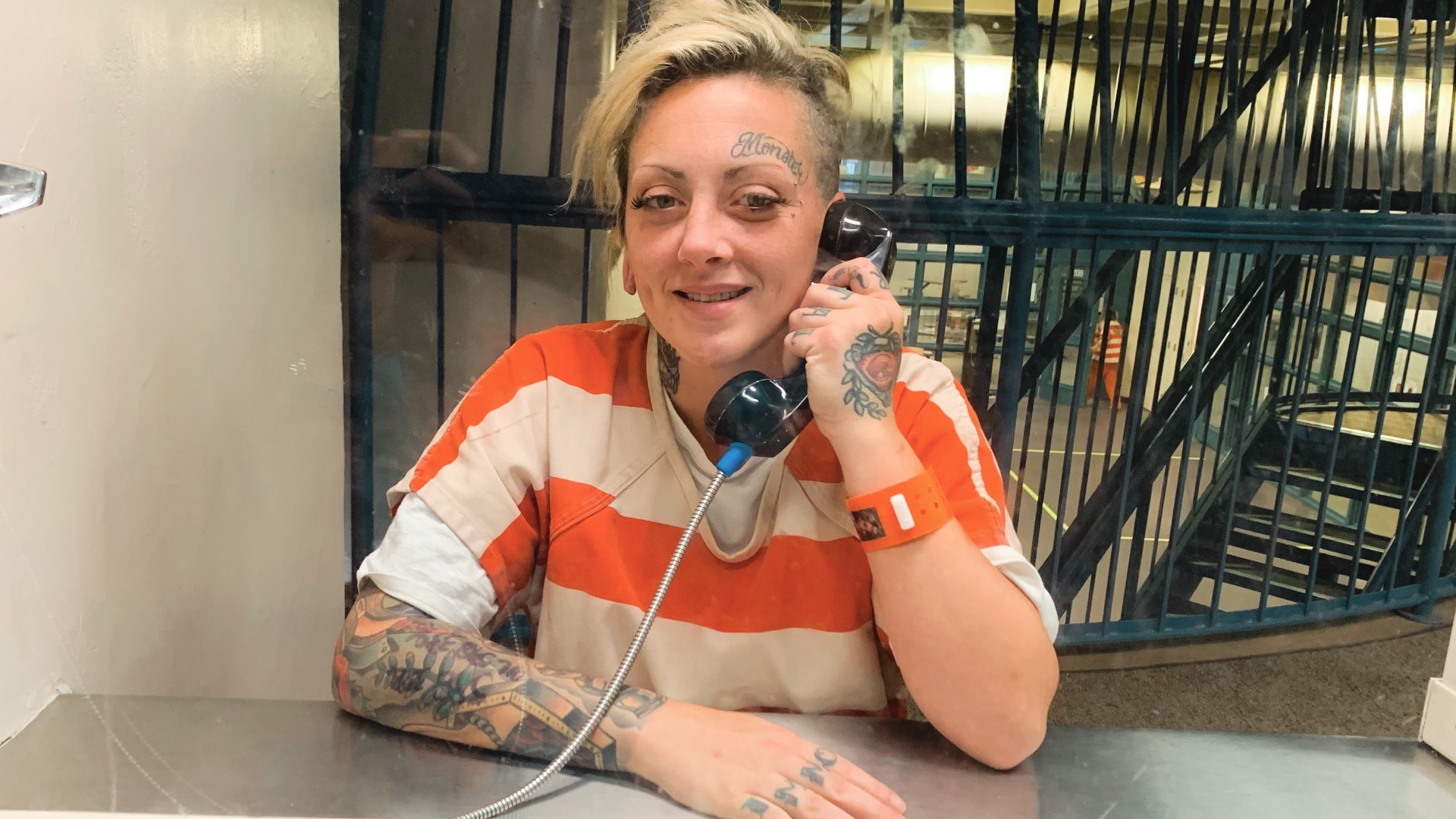 SACRAMENTO, Calif — After watching a show like Netflix's "Jailbirds", it is easy to feel invested in the lives of the inmates inside the Sacramento County jail system.

The series showed the release of four people and explained that several people would be in custody of Sacramento County Jail for a while. But, that was nearly a year ago since the show was filmed. A lot has changed since then for some inmates, while very little has for others.

Here is where some of the inmates featured in the show are now:

WATCH: Jailbirds Cast: Where are They Now? | What's happened since the Netflix series wrapped

From the series: The intake officer during the series said that this was Sundermeyer’s first felony charge. Her original arrest charges were for suspected carjacking, assault of an officer of the peace, receiving a known stolen vehicle, unlawful driving or taking of a vehicle, driving while under the influence of alcohol and drugs and evading police.

Sundermeyer was also charged with escaping from custody. That charge was filed around five months after the series began.

Where is she now? She is still in Sacramento County Main Jail. Her total bail is $1.2 million. Her next court date is scheduled to be on May 31 at 8:30 a.m.

From the series: Jones was arrested on charges of pimping and pandering. Her bail was set at a little over $1.01 million.

Where is she now? She is still in the custody of Sacramento County Main Jail. Her next court date is scheduled for May 30 at 9 a.m.

From the series: She was arrested for evading and resisting arrest. When she first appeared on the show she was detoxing from drug addiction, and she later stated when she was released that she did not use drugs while she was in jail.

Where is she now? During the series filming, Koranda was released after serving 180 days in jail and there is no evidence that she has returned.

From the series: Hawkins said in the series that she was from the east coast and was a tattoo artist. She said that her other form of income came from “hustling and selling drugs.”

She said she was arrested and served three months for crimes committed on the east coast, then came to the west coast. Hawkins said in the Netflix series that she served 180 days in Sacramento County Jail for grand theft auto, transporting narcotics, possession of a controlled substance, check fraud and committing a felony while on bail.

She said she had 13 pounds of marijuana and 65 grams of methamphetamine at the time of her previous arrest. Hawkins was released in 2018, while the series was being filmed.

Where is she now? She is back in Sacramento County Main Jail. Hawkins was arrested May 17, 2019, for suspected unlawful use of personal identifying information, theft and unlawful driving or taking of a vehicle, purchase or receipt of a stolen vehicle, violating the terms of probation, unlawful possession of controlled substances and make, alters, forges check bond, bank bill.

Hawkins is currently ineligible for bail and her next court date is planned for May 23 at 8:30 a.m.

From the series: In the show, Coatney disclosed that she was the 17-year-old involved in the home invasion burglary in South Sacramento where a father and his two sons were murdered. Coatney was transferred to Sacramento County Jail while awaiting sentencing after serving a part of her original sentence in juvenile detention.

Where is she now? She is currently serving the rest of her sentence at California Institution for Women in Corona. She will be eligible for parole in 2022.

From the series: She was first introduced to viewers as an inmate in administrative segregation. She was there because of an in-house infraction involving being in possession of heroin. She was in jail for suspected murder and robbery charges.

Where is she now? There was no bail allowed for Temme and she is still awaiting trial in Rio Cosumnes Correctional Center. Her next court date is scheduled for June 28 at 9:00 a.m.

Watch the extended interview of Megan "Monster" Hawkins after her May 17 arrest.