HPD said a man shot his wife before shooting himself in the head. 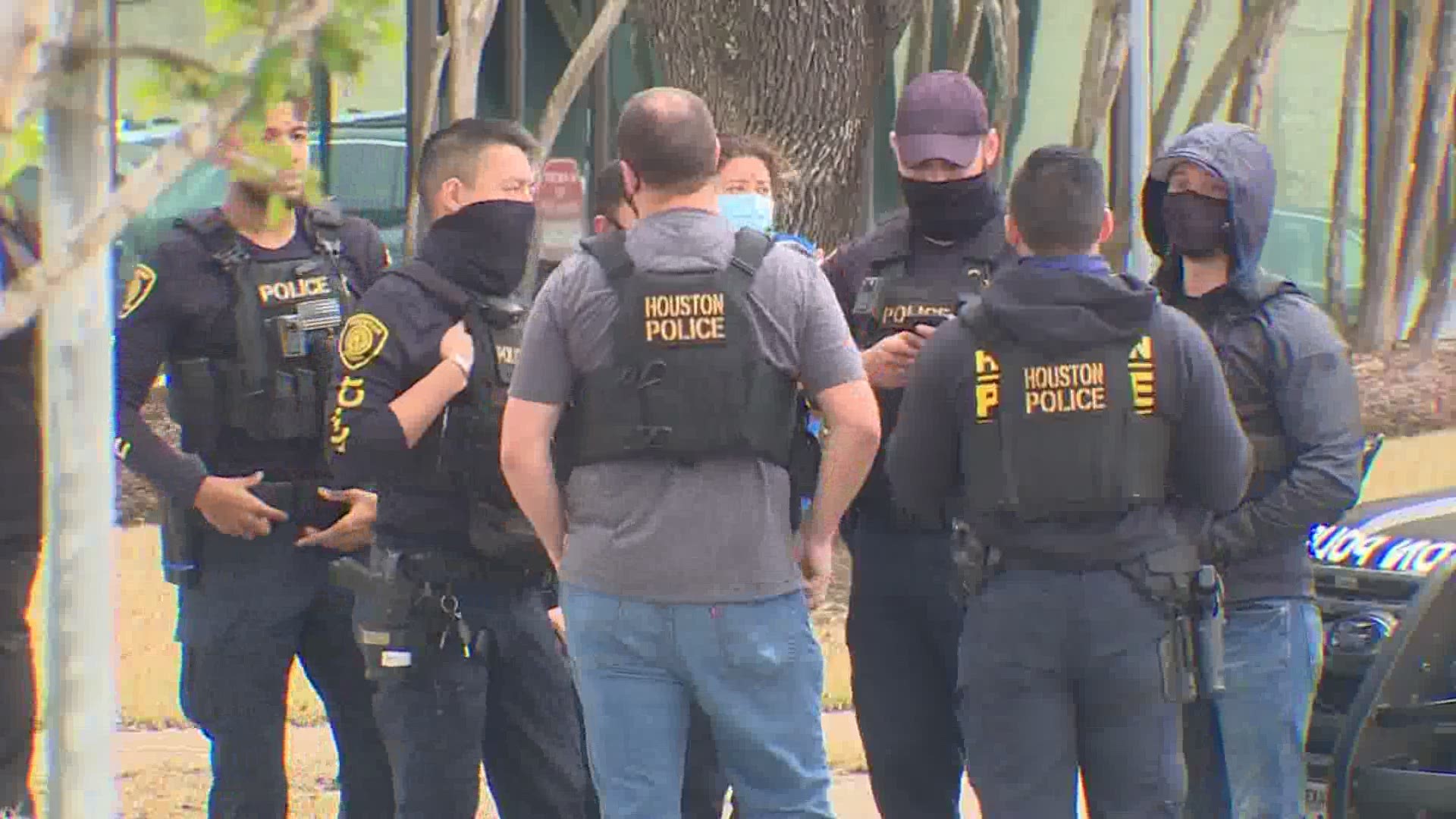 HOUSTON — A man is dead after police said he shot his wife and himself on Monday afternoon at a west Houston medical office. Authorities said the shooting appears to be a domestic violence situation.

Just before 3 p.m., police said the 64-year-old man opened fire with two pistols on the fourth floor of the medical facility on Richmond Avenue just outside Beltway 8.

When officers arrived, they found the gunman's wife on the hallway floor with gunshot wounds to her chest and arm. She was taken to get treatment and police said she was in stable condition.

The suspect was found dead inside the office from what police said appeared to be a self-inflicted gunshot wound.

Witnesses told police that the man appeared to be agitated when he arrived at the office. Police said he had an appointment and he and his wife arrived together.

According to police, the suspect told a witness, "I'm going to kill you and I want you to die," before opening fire.

Westside officers are at a shooting scene 12100 Richmond. Media briefing to follow. 202 pic.twitter.com/LwGrA4Nwi2

HPD Commanders, investigators and PIO responding to a shooting at 12121 Richmond Avenue.

Preliminary information is just before 3 p.m., the suspect shot one individual before fatally shooting himself.