Mother of Jazmine Barnes begs daughter's killer to turn himself in

"You caused harm. You hurt. You took. You don't deserve to be out there to take another life." 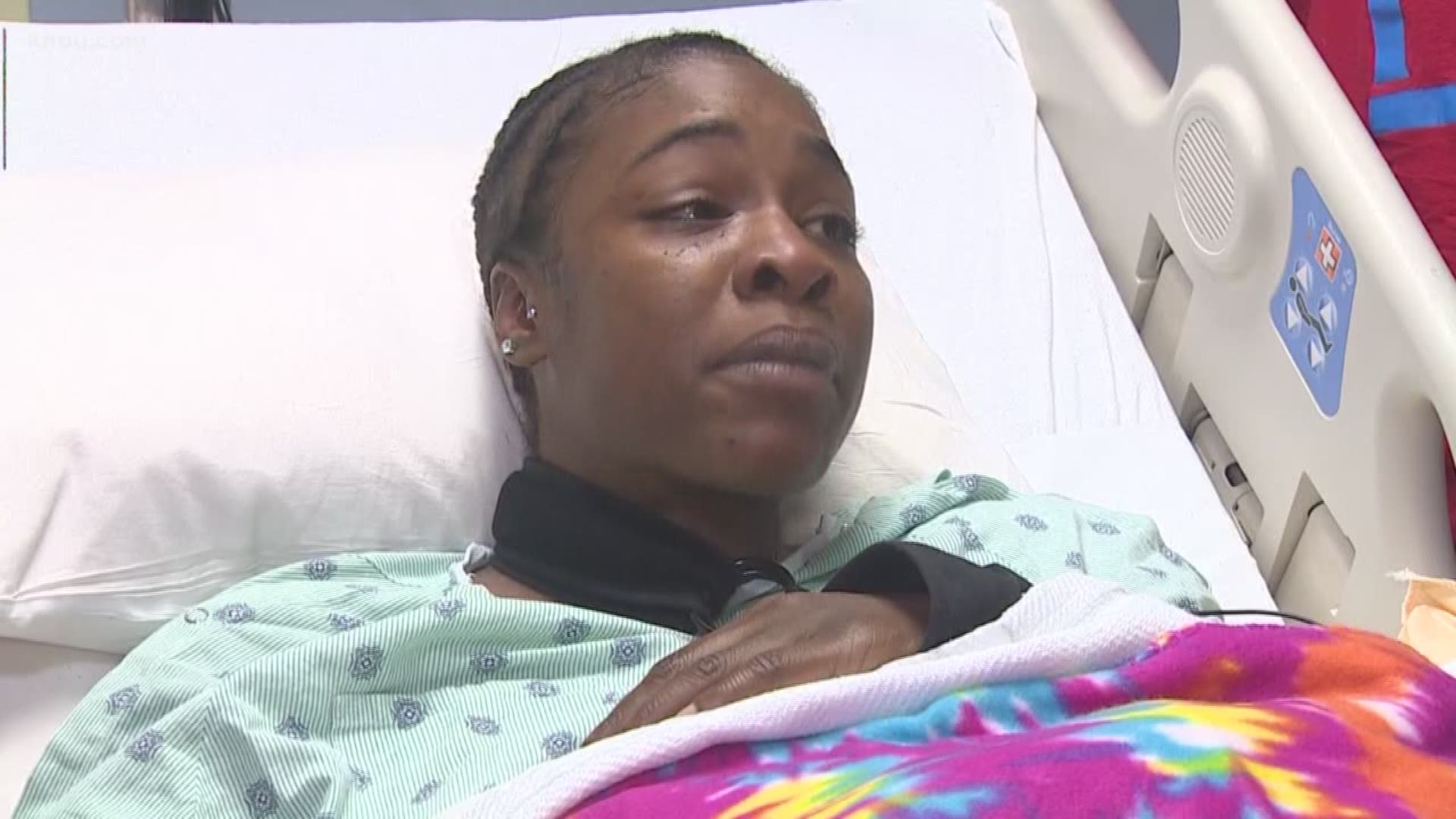 HOUSTON — Surrounded by her family and friends from a hospital bed at Ben Taub hospital, mother LaPorsha Washington is begging for the public's help.

Washington was shot in her left shoulder Sunday morning, as she worked to drive her four daughters out of danger. Her daughter, 7-year-old Jazmine Barnes, was shot and killed. The shooter is still on the loose.

"Any information, anything," said 30-year-old Washington. "I mean, if it’s one letter off the license plate, if it’s something that’s hanging from his mirror, any little detail that you can give investigators about this truck, about this man."

Washington had this message for her child's killer: "You caused harm. You hurt. You took. You don’t deserve to be out there to take another life."

Washington says she and her daughters, who range in age from 6 years old to 15 years old, left their home in east Harris County around 6:30 a.m. Sunday. She says they were headed to a Joe V's grocery store along the Beltway.

Washington says they were listening to music, excited to buy coffee for her 87-year-old uncle.

She had just driven through the intersection of Wallisville Road and the Sam Houston Tollway and past a Walmart when the red, four-door pickup drove up beside them. 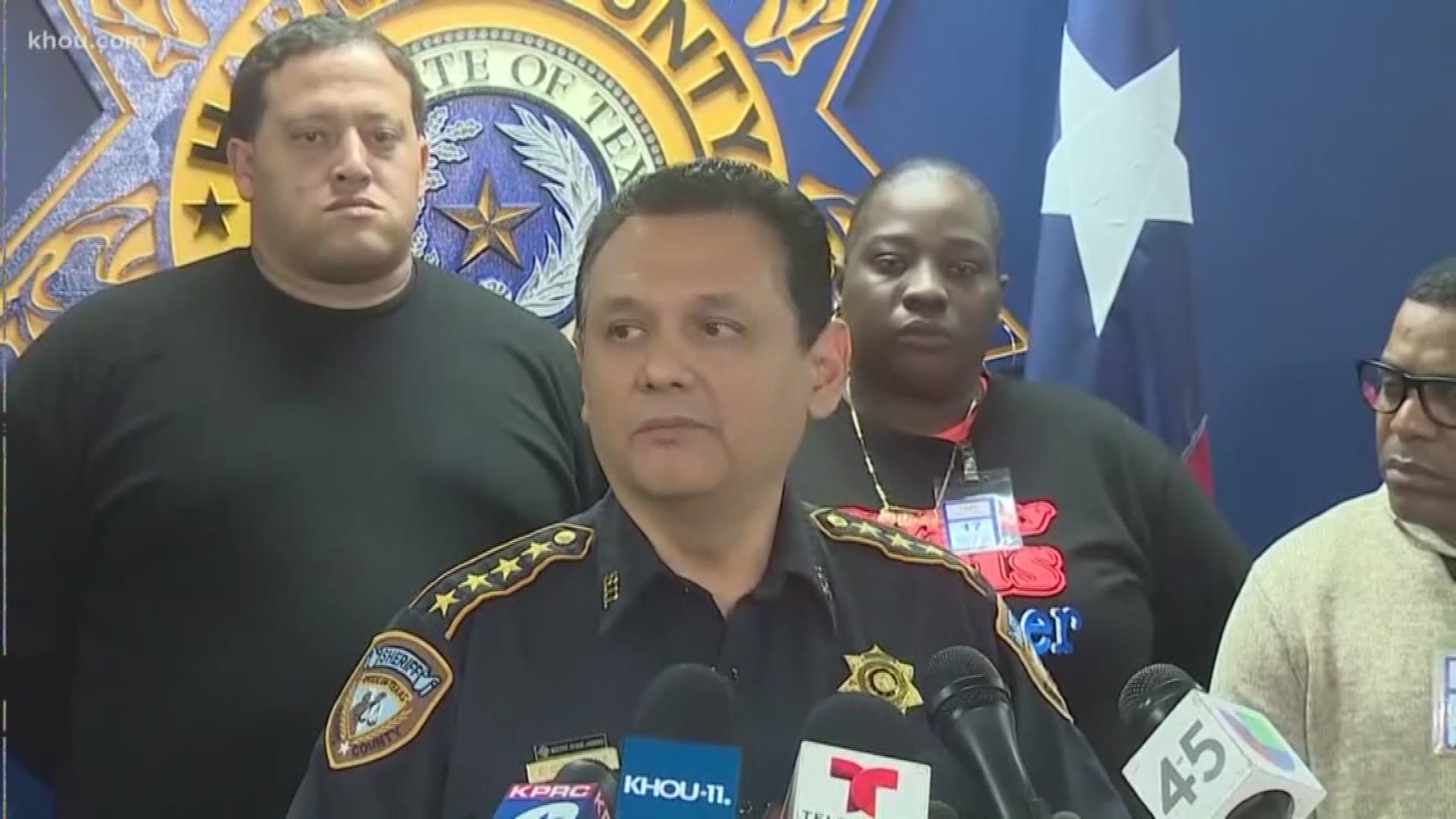 Jazmine, Washington says, was slumped over in the backseat moments after the drive-by shooting.

"I replayed this moment, in my head over a million times. Did I see?" questioned Washington. "Did I cut this man off? Did I make a wrong turn in front of him? Did I stop him from getting out of the Walmart, from whatever he was doing, did I do anything wrong to cause this man to fire shots in my car? And I didn’t. I didn’t do anything. I didn’t make a wrong turn. I didn’t get over in his lane. I didn’t do none of that. He fired off at us for no reason. None."

Jazmine Barnes’ mom, LaPorsha Washington, is sharing new photos and new details about what happened inside her car Sunday morning. The guy who shot and killed the 7-year old in a drive-by is still on the loose. #khou11 LIVE 4pm pic.twitter.com/ypcHhhVJiB

Investigators are asking that anyone who lives or works near the scene of the shooting check their security camera video for a red four-door truck. Deputies don't know in what direction the truck fled after the shooting. The entrance of a neighborhood is located just beyond where the shots were fired.

Barnes was a second-grade student at Monahan Elementary in the Sheldon Independent School District. The campus is asking parents of Barnes' classmates to break the news of her death now, so students are surprised by the additional counselors at the campus when classes resume on Tuesday, Jan. 8, 2019.

#JazmineBarnes was a 7-year old 2nd grader at #MonahanElementary. @SheldonISD is asking parents to talk to their child about why Jazmine won't be in school when kids go back next Tuesday. Difficult conversation. Here's one thing you NEED to make sure you say. #khou11 pic.twitter.com/wZCTE68kxu